The Cobra was not the only pioneering American-powered British roadster “hybrid” created by Carroll Shelby. At the behest of British automaker Sunbeam, Shelby created the Tiger based on their gorgeous slab-sided Alpine roadster, noted for offering more comfort than other British sports cars of its era and having a high measure of style. Shelby solved the underpowered Sunbeam’s problems with the installation of a small-block Ford V-8 and a four-speed manual transmission, rack-and-pinion steering, and stiffened springs. The results were performance that no sporting driver could possibly complain about: 0–60 mph in 7.8 seconds and a top speed of 124 mph.

The Tiger was produced through 1967, at which point the Rootes Group was sold to Chrysler, forcing the discontinuation of this Ford-powered model. A total of 7,083 Tigers had been produced, and the restored survivors remain as much fun to drive today as they were when new.

Offered here is a Mark IA Tiger, a late first-generation model equipped with its original 260 cu. in. V-8, the number of which matches the stamping on the data plate. It is properly and beautifully restored in Forest Green with a black interior, which remains in outstanding condition. Features include period Talbot-style mirrors and L.A. aluminum bolt-on mag wheels, popular accessories for Tiger owners. Accompanying the car is a full-size spare, jack, top boot, tool roll, owner’s manual, and unrestored factory hardtop.

A beautifully finished companion to one’s Cobra or a thrilling road car in its own right, this superb Tiger, restored to a high standard, would be a benefit to any collection. It completes the Shelby story and in truly fine style, with all the best options and accessories. 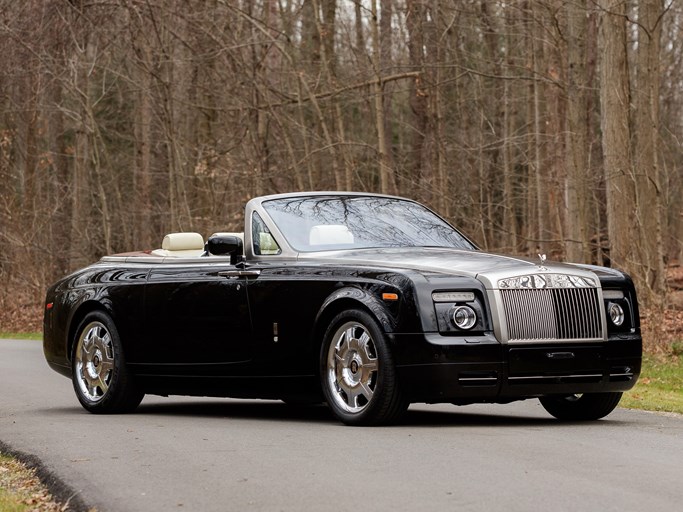