For 1941, the Ford design team headed by E.T. Gregorie undertook a complete redesign, not only of Ford but also its two-year-old sister car, Mercury. Gone was the “pointed prow” look that had characterized Edsel Ford’s thinking and Gregorie’s drawings since the mid-1930s, replaced with a fuller, rounder theme.

To blend with the new cowl and fender shapes, the station wagon bodies were modified with new body contours and a new roofline. The doors were flared out at the bottom to partially cover the running boards, and vent windows were added to the front doors. Bodies were framed in maple, with panels of either birch or gumwood. Ford wagons had been offered in two series, but for 1941 what had been called Standard and DeLuxe became DeLuxe and Super DeLuxe, respectively. Production levels of the two wagon series were the best yet for Ford woodies: 8,128 DeLuxe models, slightly more than 2,000 of them built in Canada, and 9,485 Super DeLuxes.

This 1941 Ford Super DeLuxe wagon was purchased by Michael Dingman from Jim Lowrey Jr., of Lowrey Automobile Restoration in Tilton, New Hampshire, in January 2011. As acquired by Lowrey, it had been a complete and unrestored car, but required complete renovation. He had completed the metal work and the sheet metal was ready for paint. Engine and transmission rebuilds were under way, but the car needed a body. Although the hardware had been salvaged from the original, deteriorated wood body, new wood was needed all around. Mr. Dingman had the car sent to Mike Nickels for a new body, with instructions for “the same wood used on the ’46”. This entailed extensive Birdseye maple framing, a commodity that Henry Ford had sparingly specified in station wagons built for his friends. Mr. Dingman issued no such constraints for restoration of this car.

Finished in gloss black, the result is stunning. The paint exhibits a deep shine, the brightwork is all of top quality, and the 6.50-16 radial Coker Classic whitewalls provide a visual accent. The tires are virtually new, as expected on a car that has covered only 360 miles since restoration. The seats are done in correct tan leather, standard on Super DeLuxe wagons, and the top in authentic brown artificial leather. There is a factory radio with windshield header antenna and a hot water heater. Other equipment includes a dashboard electric clock and dual outside cowl-mounted mirrors.

Many collectors consider 1941 as the most desirable Ford “woodie.” This is a superb example, ready to delight a new owner. 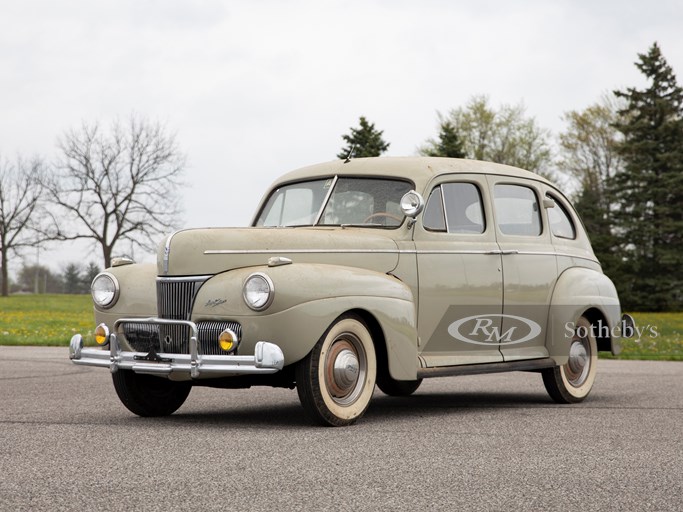 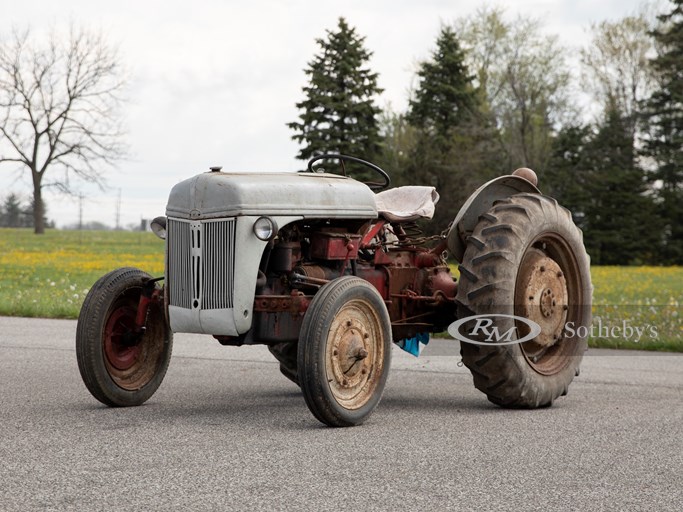 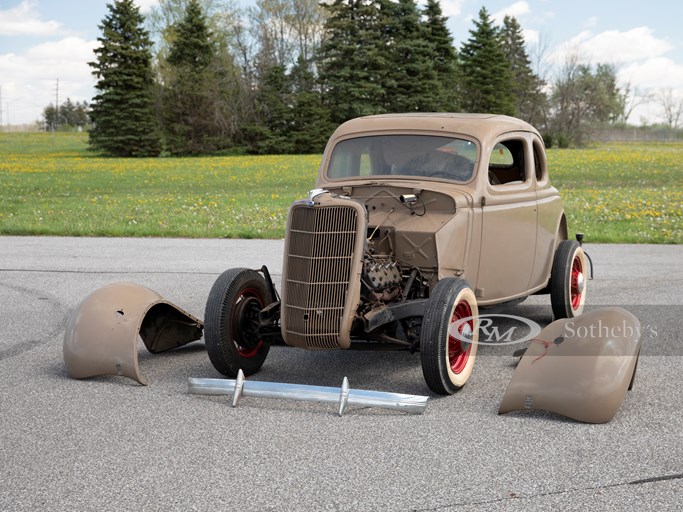