Following World War II, Ferdinando Innocenti hired Corradino D’Ascanio to design easy-to-use, affordable, compact transportation for the Italian public. The two had a falling out over the design, and D’Ascanio took his design to Enrico Piaggio who went on to produce the Vespa. The Lambretta design was finalized by Cesare Pallavicino and Pier Luigi Torre, both aeronautical engineers. The first Lambretta scooter became available in 1947 and was produced for many years under license in numerous countries.

This 1961 Lambretta TV175 Series II on offer has benefitted from a meticulous restoration. The scooter is accompanied by a rare side car, both are presented in a two-tone blue and white featuring chrome accents and whitewall tires. The scooter offers passenger seating for two, while the side car offers seating for an additional passenger with weather protection provided by a removable windscreen and black convertible top. Period accessories adorn the scooter, including a wind visor, and a rear-mounted luggage rack concealing a spare tire and housing a lockable Raydyot Scootboot. 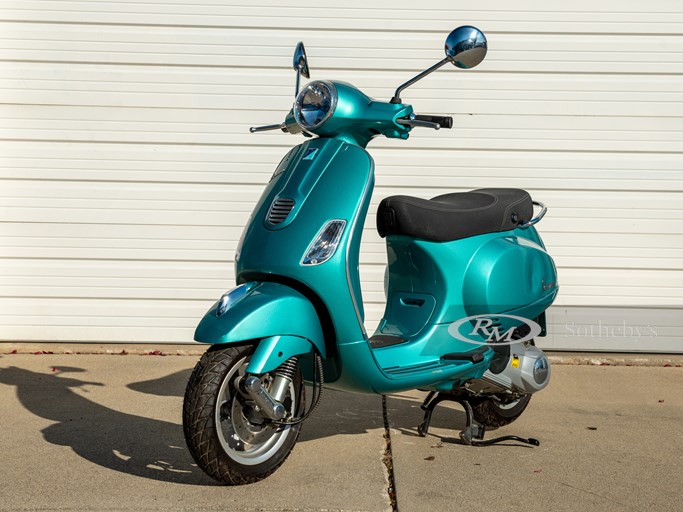 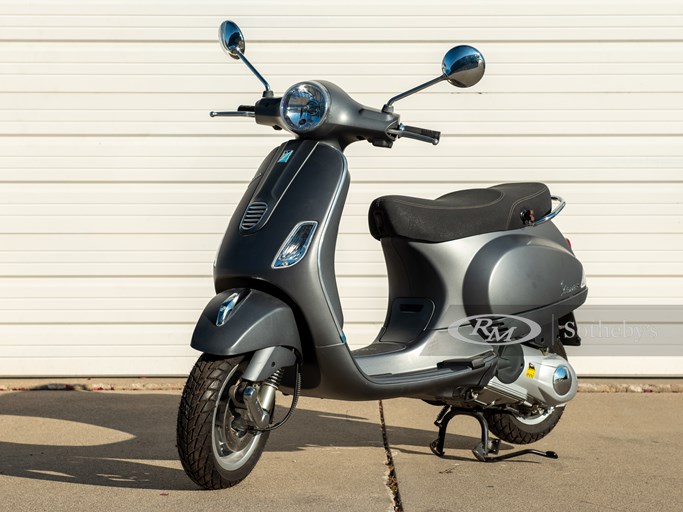 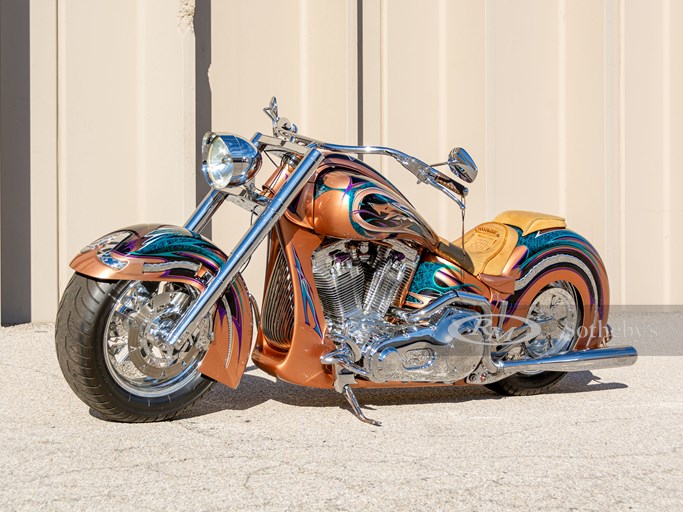