Perhaps Jaguar’s own employees and top brass anticipated the public’s reaction to seeing the E-Type when it was unveiled at the 1961 Geneva Motor Show, but the impact the car had on the automotive industry simply could not have been predicted.

The E-Type stole the hearts of everyone at the show and proved to be just as successful commercially as well. With a top speed of 150 mph, thanks to a handful of technological improvements and lessons learned in racing from the D-Type, the E-Type proved to be a spectacular car in all regards. Enzo Ferrari was even rumored to have called the E-Type the most beautiful car ever built.

Nineteen sixty-four brought the advent of a number of changes for the E-Type, namely the 4.2-litre engine. Although still offering the same 265 bhp as the earlier 3.8-litre engine, the 4.2-litre motor now offered 83 more foot-pounds of torque. Another major change was the fitment of a new gearbox: a fully synchronized, four-speed manual transmission with a new Laycock diaphragm clutch. Engine cooling was also revised, and there was a new alternator to replace the generator. The brakes were improved with better power-assist, and the seatbacks were now adjustable. These changes greatly improved the overall feel and driving dynamics of the car, improving on Jaguar’s already brilliant design.

Offered here is something truly special: an original new E-Type with only one meticulous owner from new. This E-type was owned by one enthusiast gentleman who recorded every single service ever performed to the vehicle – often including an odometer reading for reference. The journal in which he recorded these services begins on 9 March 1966 with the Jaguar’s 1,000-mile check-up and ends over four decades later on 30 November 2013 with the odometer reading 107,880 miles. The car is overwhelmingly original throughout and is still fitted with its original engine. Recent inspection has shown that much of the exterior paint is original, with evidence of repainting many years ago on the right side and driver’s side rear fender following minor damage – all noted in the service journal. The interior remains in very well-preserved original condition.

Having travelled with the owner from his original home in Oklahoma and then to sunny California in the 1970s, the E-Type was a constant companion until the owner sadly passed away in 2015. The past three years have seen the Jaguar in covered storage, but a recent mechanical service and new tires have ensured that it is in running order.

True “one owner from new” cars, especially one in as original condition as this, are becoming increasingly hard to find. Accompanied by complete documentation, the original tool roll, and owner’s manuals, this is an exceptional E-Type in all regards, and one that should not be overlooked. 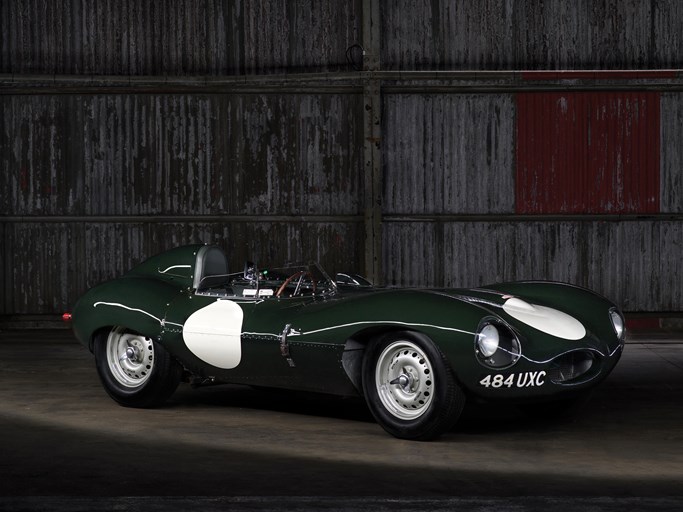 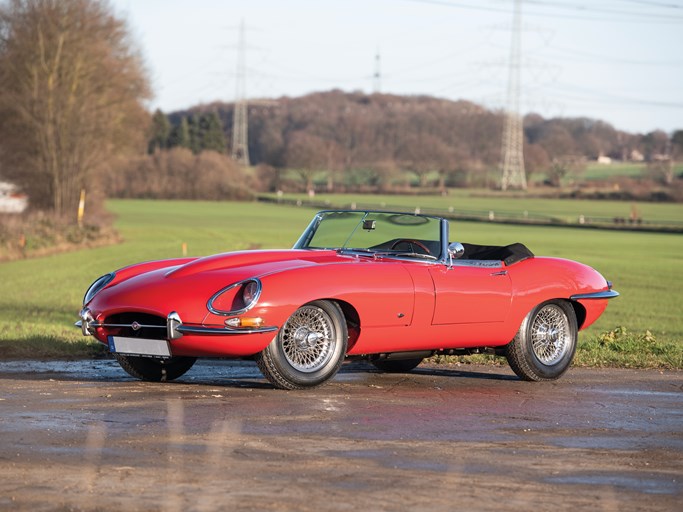 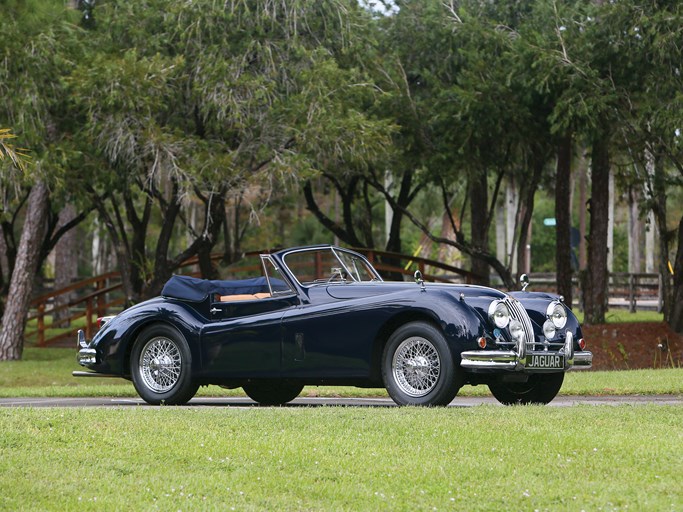