The export markets were always of great importance to the Messerschmitt companies, both RSM and F.M.R. It is astonishing how widely the car was distributed. England, Belgium, Holland, Sweden, Switzerland, Italy, Israel, South Africa, Saudi Arabia, Australia, Canada, the U.S.A., and Argentina all received cars modified for that particular country’s regulations. Sometimes the factory did the modifications and other times the distributor or dealer handled them. It is known that Fritz Fend personally disliked the external tubular bumpers, and certainly in that case, the local dealers fitted them in a great variety of styles.

Neighboring France received the Messerschmitt early on. The KR 175 was brought in as the Mesta, then by TIMEX and DKF, and later by FINCO and Carl Judenne. This very late example of a French export cabriolet is of great interest to both its originality and wealth of detail, distinguishing it from the standard German model. The car retains its exceptionally rare, original fabric roof, faded to grey as they all did, along with its top cover. It features French-spec yellow headlamps, fender lamps, mirrors, accessories, like a separate radio mount, KR 175-type handlebars, and a set of high-mounted bumpers. 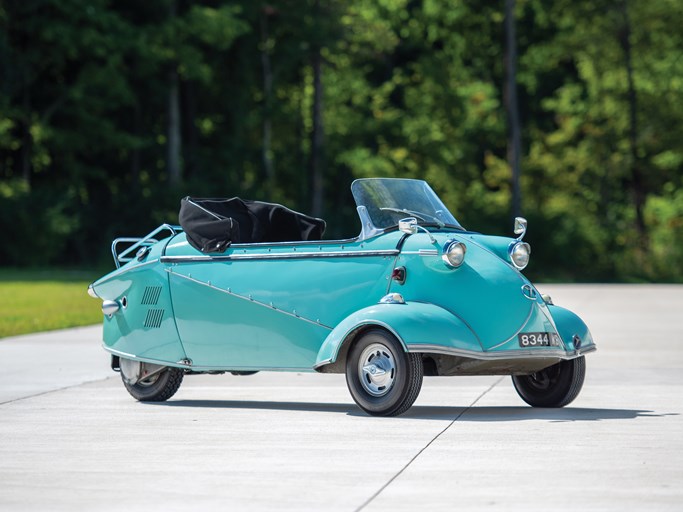 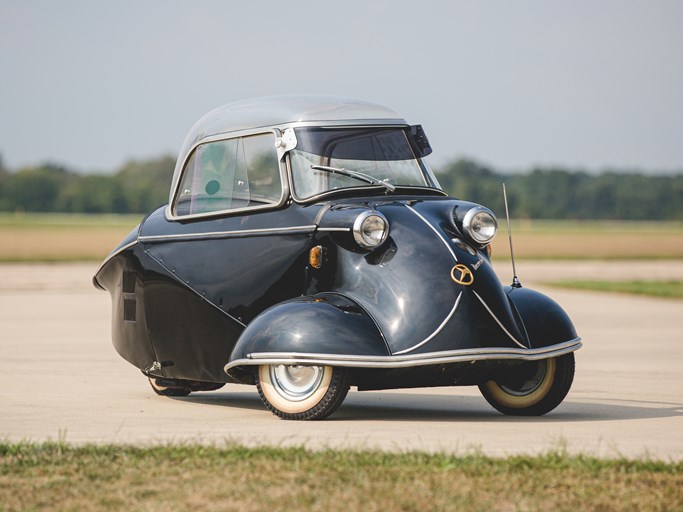 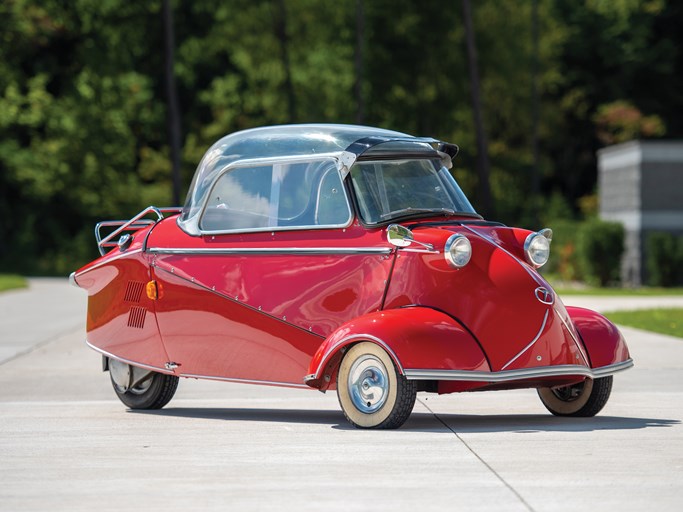 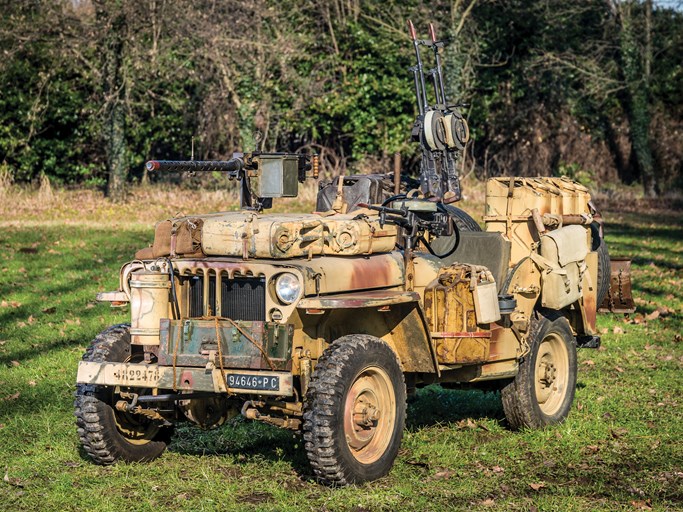