In Germany, in the mid-fifties, the Great Recovery was clearly underway, and the population was no longer satisfied with transportation by microcar. The new symbol of the rising middle class was the hotly contested 600-cubic centimeter displacement category. Here, the Fiat 500 and 600, the Glas T600, the NSU Prinz, and the Lloyd Alexander fought for their market share. These were all conventional, conservative “three box” designs. Seeing fertile ground, BMW decided to enter the fray.

They knew that they would be doing it competitively in 1959 with their stylish BMW 700, which was already in the pipeline, but in the meantime, they had a production facility that could be adapted to build an interim car to fit into this displacement category.

The new car, shown to the public in September 1957, was a startling reinvention of the Isetta theme. It was freshly styled with skilfully rendered, sharp accents from Michelotti, including the front bumpers and dashboard, and a Pininfarina-styled headlamp area. The lengthened chassis now seated four. The chassis was advanced for its time, with individual coil-over shocks at each corner, which allowed considerably more vertical travel than that of the Isetta. Access to the rear seat was by a door, with fashionable frameless glass, on the right side. The lively, reliable boxer twin, fan cooled and fitted with a Dynastart, was isolated in the back and provided enough power to attain 60 mph and permit genuine long distance family outings.

The iconic folding steering column, which opened with the door, was retained, and driver ergonomics were well-thought out. The large glass area made the interior a bright and airy place and provided a very clear all-round view. The press praised the interior as the most attractively laid out of all the small cars. An appropriate factory slogan was “inside bigger than outside.” The closest competitor in space efficiency was the Fiat 600 Multipla, which was $200 more expensive.

The BMW could be well accessorized. Individual front seats could be had for 110 DM. A heater, defroster, Blaupunkt radio, roof luggage rack, tow bar, cigarette lighter, ashtray, floor mats, mudflaps, stoneguards, a locking gas cap, an engine compartment lock, fog and reverse lamps, sunshades, hubcaps, wind deflectors, and windshield washers were all available. It was a remarkably well-thought out car, vindicated in modern times by a very strong worldwide following. This two-tone example is superbly presented in factory correct and fully restored condition. 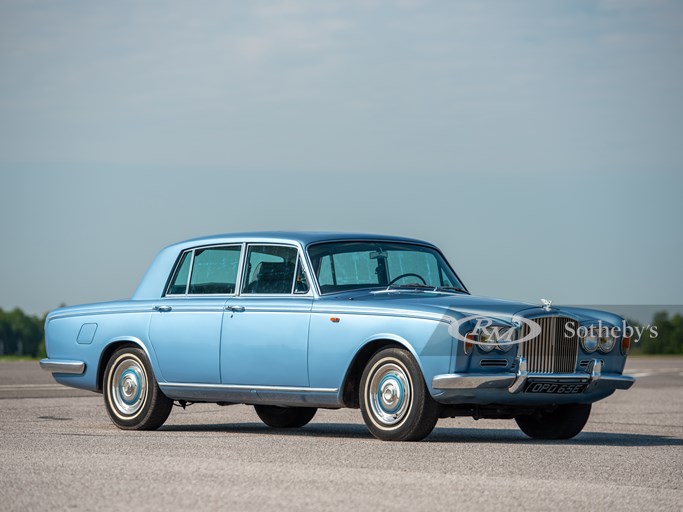 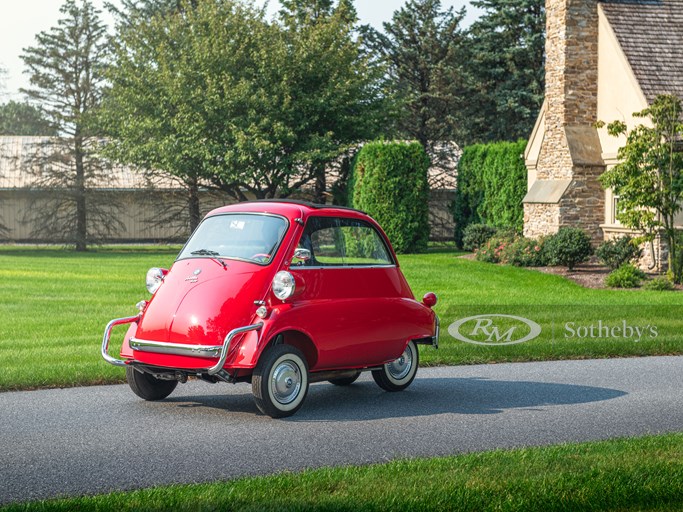