At the 1960 24 Hours of Le Mans, the race marshal trotted out a new 2+2 Ferrari that signaled Maranello’s intention to expand into the luxury saloon market. Built in three discrete series through 1963, the 250 GTE 2+2 was named for the new type 128 E engine, which featured outside plugs for easier maintenance. Esteemed by many collectors today, these handsome Pininfarina-styled cars are equipped with most of the mechanical components of their race-bred stablemates, while commanding a fraction of the investment.

According to the research of marque expert Marcel Massini, chassis number 3313 is the 382nd of 954 total examples built, and the 81st Series II example. Finished in Grigio Argento paint and upholstered in Nero Franzi, the car completed assembly in March 1962, and later that month it was distributed to Renato Nocentini’s Garage La Rotonda in Florence, Italy for retail. The Ferrari was purchased new by Dr. Ulricco Bracci of Florence, and he kept the car almost two years before selling it to fellow Florentine Sergio Buti.

Signor Buti submitted the 250 GTE in November 1966 for service to the Ferrari Factory Assistenza Clienti in Modena; he went on to retain possession for 10 years. In May 1974 Buti sold the Ferrari to an American serviceman named Thomas Frizarry, and during the mid-1970s he exported the car to the United States. In 1979 the GTE was purchased by Phoenix resident Myron Ashkenase, and he kept the car for six years before selling it to Dr. Terry Maxon in October 1985.

Dr. Maxon frequently enjoyed driving it and occasionally presenting it at events during his ownership. Most significantly, in August 1994 he displayed the 250 at a special Gathering of the GTEs staged during Concorso Italiano at the Quail Lodge in Carmel Valley, California. By the late 1990s the exterior was refinished in rosso, the carburetors were replaced, and new Michelin XWX tires were mounted; and in August 2016 the seats were reupholstered in nero leather. The car also enjoyed the distinction of being featured in the Winter 2016 issue of the Ferrari 250 GTE Register & Newsletter.

The 250 GTE remained in Dr. Maxon’s collection through his passing in 2021, and it is now offered by his estate, concluding a remarkable 37-year period of single ownership. It should be noted that while the car was regularly maintained for consistent driving use, the cosmetics have aged considerably. Whether the future caretaker chooses to conduct a full restoration or enjoy the car as-is, 3113 remains a well-loved example of Maranello’s groundbreaking four-seater. 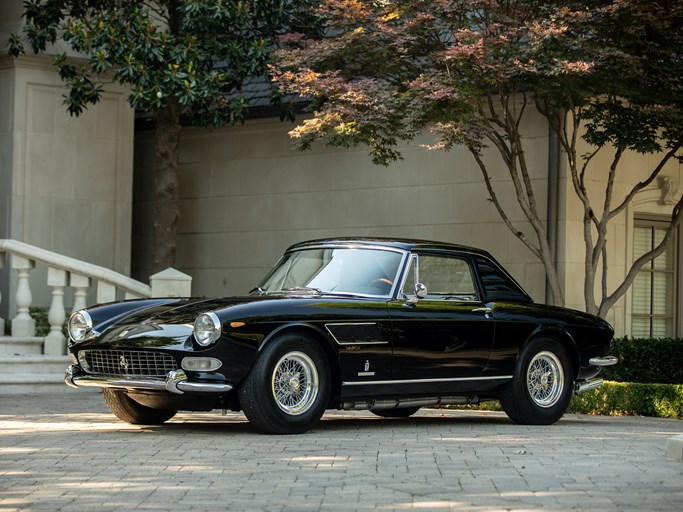