Buyer's Premium for this lot is:
Inquire Shipping Quote Register to bid
Chassis No.
DB6/2722/L
Engine No.
400/2919
Documents
US Title
View Additional Files
Please note that this lot is titled as a 1968.

In 1958, Aston Martin introduced its revolutionary grand touring sports saloon, the DB4. Its famous successor, the DB5, came roaring onto the world stage in 1963, and by 1965 the series had reached its ultimate development with the DB6, which was produced in its first-series form until 1969. Many enthusiasts consider the DB6 to be the best of the trio, as it offers the most sublime combination of gentlemanly luxury, sophisticated street manners, and straight-line performance.

As was customary for Aston Martin, the Vantage engine was available as an option to those owners who wanted that extra power boost. Having evolved from the DB4 Special Series engine first seen in 1961, Vantage engines were fitted with three Weber carburetors, high-compression heads, and more aggressive camshafts. In the uprated Vantage state of tune, the Tadek Marek-designed and race-proven inline six-cylinder was perfected to produce 325 horsepower, while Touring of Milan’s celebrated coachwork design was by now stretched two inches to accommodate a wheelbase 3.75 inches longer than its predecessor—offering a more refined ride with room in the back for actual adult passengers. The addition of its advanced and modern Kamm-style tail crowned the DB6’s ravishing presence.

Like its predecessors, the DB6 was a car that attracted customers looking for a certain type of luxury grand tourer. One such gentleman was Monsieur Herbert Kenmore, first owner of the car offered here. A man of discerning taste, this Aston Martin was specified with the uprated Vantage engine and finished in a stygian shade of Midnight Blue over a matching Dark Blue Connolly leather interior. The build sheet further lists these non-standard options: 3.73:1 limited slip differential, chrome wheels, heated rear screen, 3-ear hub caps, and a power operated aerial.

Whilst under the care of its current owner, DB6/2722/L was the subject of an open-checkbook restoration courtesy of Kevin Kay Restorations, of Redding, California, a firm renowned for their work on Aston Martins. Beginning in 2015, no stone was left unturned in an effort to bring this Grand Tourer up to show field standards as shown by the 164 pages of invoices on file. It should be noted that the engine currently powering this DB6 is a replacement unit. This replacement engine has been built by Kevin Kay Restorations to Vantage specification, and and benefits from an increase in displacement to 4.2 liters, the fitment of “fast road” camshafts, and Vantage-type triple Weber 45 DCOE carburetors.

Today, the car shows in beautiful condition in its factory delivered exterior color, while its tidy interior now features tan leather. This DB6 will be a prime candidate for various concours or rallies and is accompanied by a hammer, tool roll, a build sheet copy, and a copy of a British Motor Industry Heritage Trust certificate. 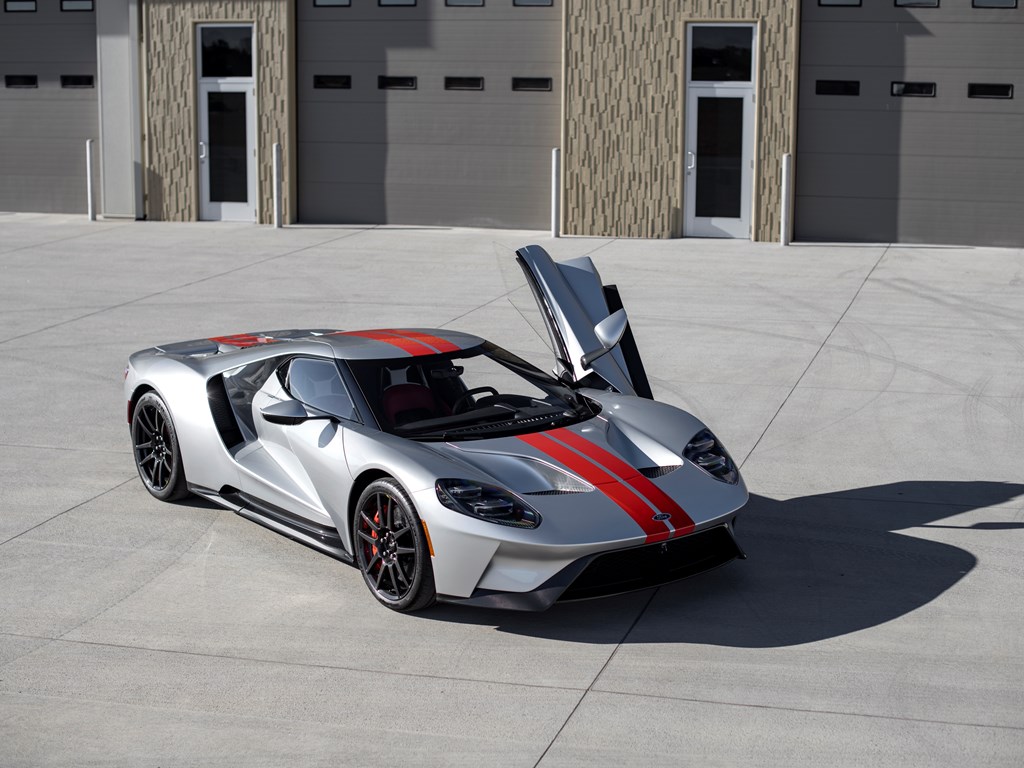 Want to see the latest supercars available now? Check out our comprehensive list.