Amongst car manufacturers, particularly those based in the same home market, there is no greater tradition than motorsports competition. From 1988 to 1993, Deutsche Tourenwagen Meisterschaft (German Touring Car Championship) served as the arena of combat between BMW and Mercedes-Benz. Their on-track weapons were consistently revised and re-homologated season after season, evolving further and further away from their civilian brethren.

This 1990 BMW M3 Sport Evolution is a homologation masterpiece forged in the red-hot fires of domestic rivalry. It is the ultimate development of BMW’s M3 (E30), itself an earlier homologation special of 5,000 units executed for the 1988 DTM season. During the interceding race season, FIA regulations lowered homologation quotas to just 500 chassis.

The hood, roof, and door cards are the only untouched surfaces presented by the M3 Sport Evolution’s bodywork; a set of boxed wheel arches were implemented to incorporate wider wheels, and in turn, larger brakes—all of it underpinned by a race-revised multilink suspension featuring stiffer springs and thickened sway bars. A limited slip-differential is linked to a five-speed close-ratio Getrag transmission; European models received a dogleg pattern while Japanese and export orders were fitted with a “H”-pattern configuration. In Sport Evolution trim, the M3’s “S14” dual-overhead camshaft inline-four-cylinder engine received a more aggressive crankshaft, revised valves and a ported exhaust manifold, bumping displacement to 2.5-liters and peak performance to 238 horsepower.

This German-market Sport Evolution is one of just 600 examples produced and was completed on 20 January 1990. After several years in Germany it was imported to the United Kingdom in 2001, and then in 2015 to the United States. Accompanying maintenance documentation shows several thousand dollars spent in regular upkeep, crowned by a mechanical and cosmetic refresh regimen executed by Classic Heroes of Buxted, UK in 2014.

The Gloss Black exterior is complimented by an Evo-exclusive cloth “tricolor” interior accented by a tidy pair of Recaro seats, red belts, and suede trimmings on the shift assembly and steering wheel. It is notably optioned over standard with an electric sunroof, power windows, and rear sunblind. This desirable and limited 1990 BMW M3 Sport Evolution is now accompanied by a tool kit and spare. 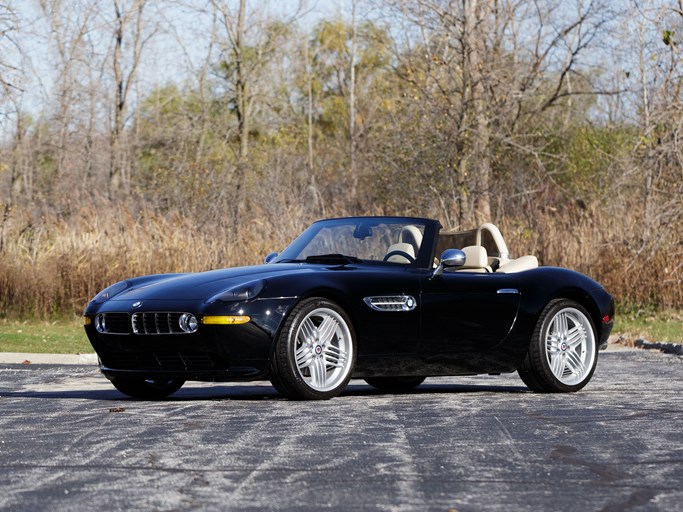