In celebration of the final year of the C4-generation Corvette in 1996, Chevrolet introduced the Grand Sport. The cars were offered in Admiral Blue with a white center stripe and two red hash marks on the driver front fender. Black five-spoke 17-inch wheels and Corvette lettering on the brake calipers further distinguished this special C4. All Grand Sports were powered by an LT4 330 hp, 5.7-liter V-8 backed by a six-speed manual transmission. The suspensions offered on the Grand Sport included the base configuration, the F45 Selective Real Time Dampening, or the Z51 Performance Handling Package. Interiors were trimmed in either black or red leather. In its single model year of production, only 1,000 examples of the Grand Sport were built—810 coupes and 190 convertibles.

This Grand Sport coupe on offer is a true time capsule. Delivered to Ron Tonkin Chevrolet in Portland, Oregon, this car has been stored from new. Today the odometer displays a mere 96 original miles. A nicely optioned example, it features the Grand Sport package with black leather interior, Corvette Coupe Preferred Equipment Group #1, F45 suspension, the LT4 engine, Delco/Bose music system, and low-tire-pressure warning, all of which added $8,449 to the standard price of the car. With options and destination charge, the total price of this Grand Sport came to $46,239 when new. The Corvette is accompanied by its window sticker, pre-delivery inspection form, a copy of the GM Certificate of Origin, AMCOR wheel locks, a 1996 Corvette VHS, and owner’s manuals in pouch with pen and flashlight. 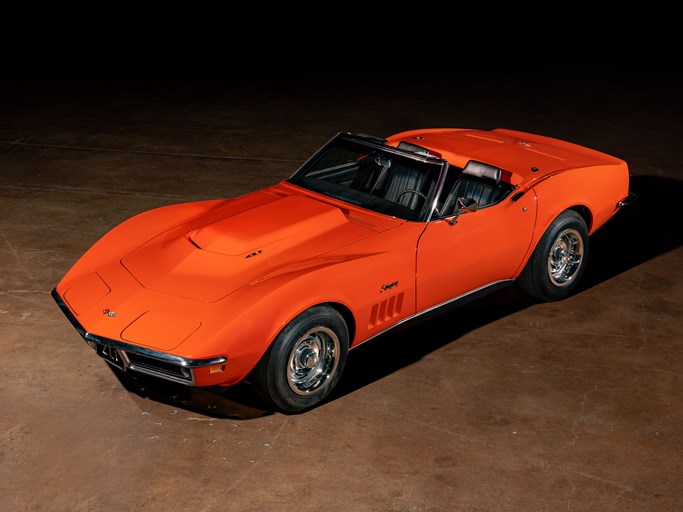