Lincoln, like other prestige manufacturers, needed a more moderately priced car to help it endure the tough times of the post-Depression era. It responded with the Zephyr in 1936; its streamlined teardrop styling was credited to designer John Tjaarda of the Briggs Body Company with help from a young Ford designer named Eugene T. “Bob” Gregorie. The name echoed that of the newfangled, streamlined modern diesel trains in operation on the Burlington Railroad.

The Lincoln-Zephyr was powered by a new, small V-12 engine derived from Ford’s Flathead V-8. Despite the advanced styling and novel V-12 engine, Ford Motor Company was never happy with sales—yet 18,994 Lincolns sold in its first year (1936), of which 17,715 were Zephyrs. Production was interrupted by World War II, returning in 1946. The Zephyr name was dropped in 1947, with 1948 being the final year of production. Just 725 convertible coupes were produced for 1941.

Originally from Washington State, this lovely Zephyr convertible had been in the possession of the restorer for 30 years until it was acquired by the current consignor. He notes that the car retains its original sheet metal including floors, rockers, and trunk. It has been refinished in the color of Zephyr Blue per the original build sheet, and the enamel paint has been fully sanded and buffed to reveal very straight panels. The consignor adds that the car was completely restored from the ground up mechanically, cosmetically, and, most important, correctly, including a proper canvas power top.

Inside is a striking red leather interior with wool carpets, a beautiful wood-grain dash and garnish moldings, and a restored gauge cluster. All chrome has been replated, including the top bows and seat hardware. Underhood, an all-new reproduction cloth-bound wiring harness has been fitted, and the car has been driven less than 300 miles since restoration. 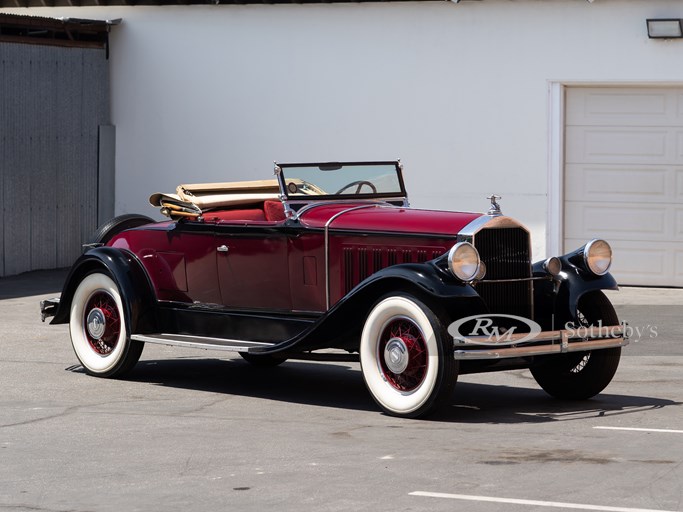