‘Outlaw’ builds began to emerge from Southern California’s Porsche 356 community several decades ago, when individuals such as Gary Emory altered their personal rides with subtle, but interesting alterations, called “customizing” if one were driving a Chevy, Ford, or some other piece of American iron. These 356 hot rods horrified the Porsche purists, but their owners did not care; they built what they liked, and over time the philosophy gained new adherents. There was a parallel course that others chose to follow; that of creating “tributes” to important cars that either no longer existed or were unavailable for purchase. Here is a stunning combination of the two streams of thought that should delight any 356 enthusiast.

Porsche’s 1964 and 1965 SC GTs evolved from the earlier lightweight Super 90 GT coupes and the 356 B Carrera GT coupes. The SC versions were built at the factory with full GT options and pushrod engines. Just six were built, all sold in the U.S. Their scarcity prompted the consignor to build his own version, using the pair of real GT alloy doors that he owned. Starting with a solid 1964 356 SC shell sourced in California, he commissioned the Schlabaugh Brothers in Wellman, Iowa, to create a highly personalized car. After waiting in line for a full year, the restoration began, consuming another two years.

Starting from bare metal, the custom work included welding in a late-356 sunroof clip and fabricating a heavily louvered rear exhaust apron echoing that of a Carrera four-cam. The engine cover was also louvered and the body cleaned up. Save for the glass windshield, all the other windows are Plexiglas, with authentic GT/Carrera-type pull up straps for the door windows. The front trunk contains a custom-made oversize fuel tank with a racing-style center-fill, and the hood was modified to match. The completed body was then painted a wonderful and rarely seen shade of green called Auratium, a 356 color from 1957–1959. The interior is fully trimmed in fawn leather with tan cord inserts supplied by Autos International and features a pair of widened Speedster-style bucket seats crafted by the Schlabaughs. The rear of the cabin is fully carpeted. All the instruments are restored and fitted to a Speedster-style dashboard. All trim is either new or restored to original, and an elegant Nardi steering wheel faces the driver.

This masterpiece is powered by a 912-based air-cooled flat-four of 1,833 cc, completely rebuilt and modified by Peter McCurdy with a lightweight SCAT crank and heads from Competition Engineering. A pair of 44-mm Solex carbs feeds the intake side and an GT extractor and muffler handles the exhaust. Vic Skirmants rebuilt the transmission. This GT tribute has been lowered and rides on 15-in. Minilite alloy wheels.

The car was completed for the 2009 356 Registry West Coast Holiday in Arizona, and recently participated in several long-distance tours with the 356 Club. The owner has added upwards of 10,000 miles since the restoration was completed. It is supplied with a spare wheel, jack, and partial tool roll, and accompanied by a file of restoration invoices and photos. With workmanship the equal of any other coach-built automobile, a plush interior, and a powerful engine in the tail, this one-of-a-kind automobile is said to be a delight to drive, and always draws an appreciative audience wherever it goes. 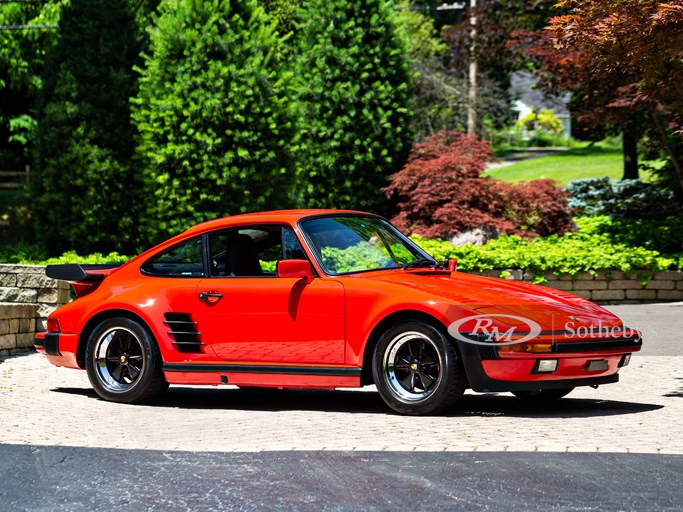