Fledgling supercar manufacturers run the gamut, but few get off the ground. Jerry Wiegert’s Vector Aeromotive Corporation stands apart. Wiegert’s first major foray into automobiles came after graduating from California’s Art Center College of Design. With a new company initially dubbed Vehicle Design Force, he set off to inject a blend of West Coast individualism, Detroit knowhow, and European influence into his supercars.

Working out of a small warehouse in Los Angeles’ Venice neighborhood, Wiegert conceived and designed the W2 prototype in the late 1970s. The W2’s angular design channeled the era like few other supercars with its sloping hood that flows into a steeply raked windshield. A wide stretch between the tail of its doors and its rear wheel wells held a twin-turbo General Motors-sourced 350-cu.-in. V-8 paired to a beefy three-speed automatic. The W2 was shown first in non-running prototype guise at the Los Angeles auto show in 1976, but a functional prototype bowed in 1979. Wiegert used the W2 to show off his engineering prowess and to drum up support for a production-intent model that would later be known as the Vector W8.

Vector sold nearly two dozen W8s and the company counted celebrities such as Andre Agassi among its customers. One reportedly topped out at 242 mph on the Bonneville Salt Flats in Utah, while others made appearances in television shows, video games, and Hollywood movies. The W8 was built by hand in the European coachbuilding tradition, but its 625-hp V-8 spoke with a distinctly American accent as it rocketed to 60 mph in a hair over four seconds. Its 12-second quarter-mile time was unheard of in an era when the Ferrari Testarossa ambled through more than two seconds slower.

For Wiegert, there was more on the way. Ultimately, the $455,000 W8 list price raised sufficient capital for Vector to begin work on its replacement, which was called WX-3 in its prototype phase. A hardtop prototype arrived in time to sit under the bright lights at the 1992 Geneva Motor Show. Its styling was derivative of the fighter jet-inspired W8, but with a curvier, more organic look overall.

A year later, Vector arrived again at Geneva with the same WX-3 coupe repainted in a positively ’90s teal metallic. However, the media’s attention was now drawn to a dramatic WX-3R roadster painted a glimmering shade of Amethyst purple sitting next to the teal hardtop, both with scissor-style doors and colors that matched the logo of Wiegert’s Aquajet jet-ski firm. Further distracting the onlookers was the fact that this pair of show cars featured Rodeck twin-turbo V-8s slotted behind the passenger compartment, proving that Wiegert had indeed delivered on his earlier promise to make functional prototypes that conveyed stunning looks and outlandish performance.

While sharing many attributes with the prototype coupe, the roadster had an even more streamlined appearance due to an almost unfathomably raked windshield that wrapped into its side windows bisected by a section of the door skin. The WX-3R roadster also showed off a lower rear spoiler. Its interior featured highly bolstered individual bucket seats draped in grey leather rather than the wide, European-style three-wide seating in the coupe.

The powertrain in the roadster was the proven high-performance W8 platform, with a 6.0-liter Rodeck twin-turbo V-8 mated to a heavily modified General Motors Turbo-Hydramatic 425 transmission. This combination could propel the WX-3R to speeds well in excess of 200 mph, making it one of the fastest roadsters ever built!

After the successful debut of this prototype pair in Geneva, it looked as though Vector’s future was bright. But behind the scenes, there was trouble at Vector Aeromotive—and it was not because of the WX-3. With eyes on Vector and later Lamborghini, Indonesian firm Megatech attempted and later succeeded in taking over Wiegert’s company. A battle between the two sides eventually landed in the Los Angeles Superior Court and Wiegert lost control of the company he’d worked decades to build up.

As a result, the WX-3 was never put into production and these prototypes became the last all-American Vectors completed, with the successor M12 being manufactured using Lamborghini components. The two prototypes were retained by Wiegert, the legendary supercar builder who is now working to develop a modern 2,000-hp successor. Never before has the WX-3R prototype been offered at auction, where its reappearance is sure to wow all of those in attendance just as it did for show-goers and media alike at the 1993 Geneva Salon. The WX-3R represents an unrepeatable glimpse into American supercar design and development in the early 1990s, when Jerry Wiegert reigned supreme from his small California facility as he built America’s first supercar. 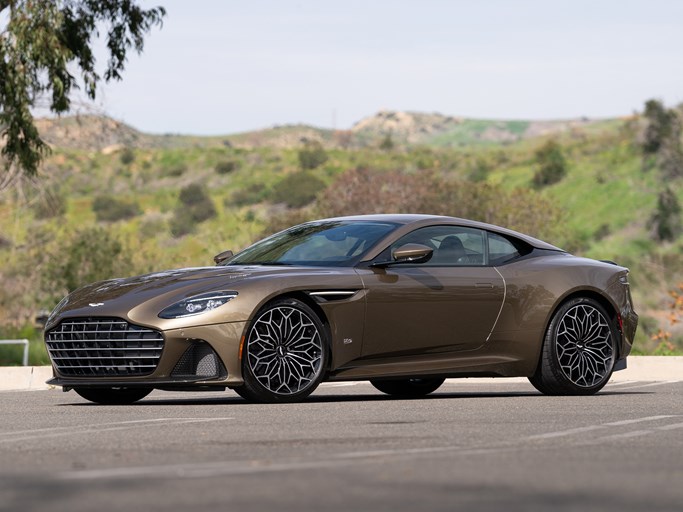