One of the most enduring and coveted performance cars of the 1960s is the Shelby GT350. This 1965 example, chassis SFM 5S363, was brought to concours-level standards with over 1,300 hours of restoration work spent on it. A full rotisserie restoration was performed by noted Mustang and Shelby expert Paul’s Engineering of Ohio and the engine, transmission, brake, rear-end assembly, and suspension components were meticulously rebuilt to show standards.

After emerging from restoration, the GT350 was exhibited at four judged shows and achieved podium results every time. At the Regional Indiana Shelby meet it received Judge’s Choice, then captured the Silver Award at the 1996 SAAC National meet at Lime Rock, followed by consecutive Gold Awards in 1997 and 1998 at the Oklahoma National Mustang Grand National show and the Michigan National SAAC meet. Following its brief and illustrious show career, the GT350 was retired from competition and carefully stored in a heated garage.

Beneath the fiberglass Shelby hood with steel supports, the 306-hp 289 shifts through a Borg-Warner T10 four-speed transmission with an aluminum case and is equipped with such correct Shelby performance equipment as “Tri-Y” headers and a proper 1965-dated 715-cfm Holley carburetor. Other items include a factory-correct Shelby air cleaner, Shelby hollow-letter finned aluminum valve covers, a high-capacity Shelby finned aluminum oil pan, a large-diameter alternator pulley, an export brace, a Monte Carlo bar, and a trunk-mounted battery as well as a 9-in. Ford rear end with a Detroit Locker unit.

This beautifully restored and since well-preserved Shelby GT350 presents an opportunity to acquire a superb example of classic American power and pose. 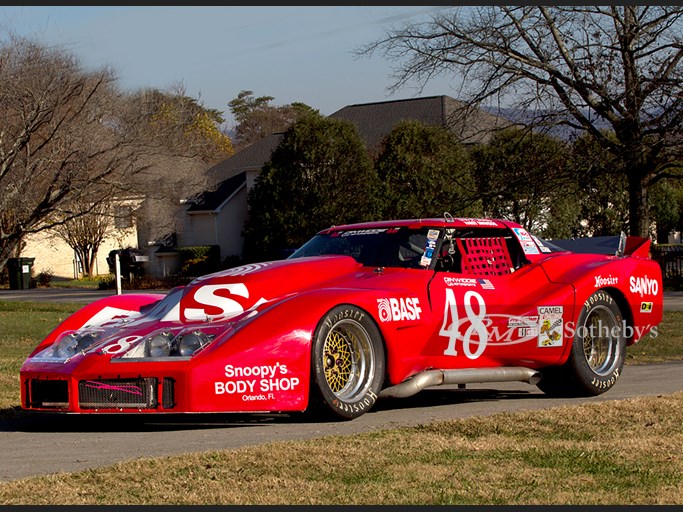