A CAR TOO DECADENT FOR THE COMMUNISTS

It was 1966, and Nicolae Ceaușescu, Communist dictator of Romania, decided to order an automobile. The result was one of five Phantom Vs bodied as State Landaulets, with a convertible top opening from the division window backward, as well as a Perspex panel over the driver’s compartment.

Nearly every available option was specified, including a rear seat that could be raised or lowered to suit the height of the passengers, a combination cocktail bar and entertainment cabinet with a television, dual air conditioners for front and rear compartments, fluorescent overhead lighting for nighttime parades, and a refrigerated wine cooler, at a cost just under ₤20,000 – then a huge sum, making this the costliest Phantom V ever delivered.

The result was a decidedly capitalistic automobile, and while Ceaușescu probably could not have cared less, his minders in Moscow certainly did. Reportedly a higher-up in the Politburo (it is rumored to have been Brezhnev himself) complained about such a lavish car having been ordered, and after a year of non-use the car was shipped back to England and replaced with a more suitable Silver Shadow.

Left without a buyer, Rolls-Royce looked briefly before finding one, Dr. Erle M. Heath and his wife, Bonnie, of Pittsburgh, Pennsylvania, who at the time were visiting London to have Mrs. Heath’s Silver Shadow serviced. Negotiations concluded in 1968 and the car, delayed by a dock strike and transportation difficulties, arrived in Steeltown a year later. It was the only Phantom V State Landaulet delivered to a private owner.

DR. ERLE AND BONNIE HEATH’S LIFE WITH A LANDAULET

Today’s car enthusiasts, in seeking a role model, could do well to study the legacy of Dr. and Mrs. Heath. The Heaths were dedicated, conscientious collectors, who began with Duesenbergs in the 1950s (a lovely place to start), later moving briefly to Ferrari and then to Rolls-Royce, carefully studying and maintaining their prizes. They drove them regularly, participating most frequently in Rolls-Royce Owners Club and Classic Car Club of America junkets, running thousands of miles on both sides of the Atlantic. Most importantly, they had a lot of fun doing it.

To wit: Bonnie Heath had a pink Auburn, dubbed “The Pink Panther,” complete with musical air horns that played the love theme from Dr. Zhivago. Dr. Heath, an amateur videographer, took Super 8 movies of many of the events they attended, adding his own wry commentary about deftly and lovingly nicknamed friends such as “Herbie Simplex.” They shared their cars widely, with friends and family, and in all they did their joie de vivre was clearly evident.

One might have expected the new owners of a Phantom V State Landaulet to bring it out only occasionally, for the most special occasions. No, the Heaths, true to form, drove this car, racking up some 117,000 miles in nearly three decades. It went up and down the hilly streets of Pittsburgh, ferrying guests, going to dinner, and occasionally being used just to drive to the office (as you do). Even Mrs. Heath slipped behind the wheel on occasion.

In 1975 the Heaths were contacted by the government of Bermuda, who were expecting a State Visit by Her Majesty The Queen. Lacking a suitable car for her transportation about the island, Bermuda wanted to borrow the Heaths’ State Landaulet – and to fly the owners out as honored guests for the festivities. The Heaths naturally accepted, and off they went, camera in hand to record the Queen riding about, waving to her public from the comforts of the Phantom V. Such was the success of the visit that they were referred to the Grand Cayman Islands in 1983, and again traveled with the car to see the Queen be chauffeured in appropriate comfort. It was also used to chauffeur Princess Grace of Monaco when she visited Pittsburgh, as a guest of the International Poetry Forum, in early 1978.

Following Dr. Heath’s passing in 1992, the car was sold by his estate through an intermediary to Tom and Catherine Driscoll of Illinois, then was acquired by the Calumet Collection, only its fourth private owners. While in the care of the Collection it has continued to see occasional parade duty, including chauffeuring Buzz Aldrin, the second man on the moon, in the Hollywood Christmas Parade. In 2014 it was exhibited at the prestigious Pebble Beach Concours d’Elegance. The car was also awarded Post-war Best of Show and the HVA Preservation Award at the La Jolla Concours d’Elegance in 2015.

With the exception of minor paint and bodywork, necessitated by a slight bump received in Pittsburgh traffic, the State Landaulet remains unrestored and in immaculate condition, with a rich patina and a remarkable 161,795 actual miles recorded at the time of cataloguing. All of its original accessories function beautifully, including the radio and the adjustable rear seat. Accompanying the car is a comprehensive file covering the Heaths’ entire ownership and the maintenance work performed during their care, as well as, wonderfully, both VHS and DVD copies of their home movies from Bermuda and the Caymans.

With a car this rich in history, the possibilities are numerous and endless, from concours to museum displays to being used for celebrity transportation. Perhaps the most fitting use for it, however, would be to simply pile a few friends into the backseat, set up the GoPro (successor to the Super 8), and head out on the town with the landaulet top lowered and the laughs echoing down the boulevard.

The car is wonderful, but no less so than the memories to be made within. 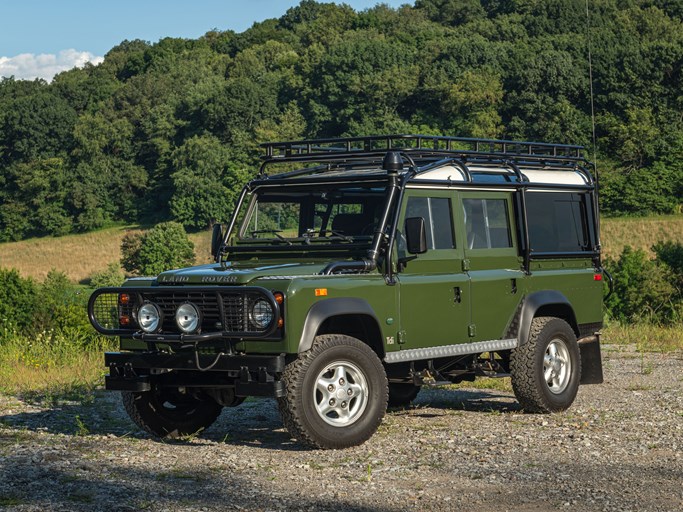