The most comfortable, most weather-tight, and most luxurious model among all Austin-Healeys, the 3000 Mark III marked the epitome of the open British sports car and is widely considered an iconic example of the best of the era. Announced in February 1964 and built through December 1967, the 3000 Mk III BJ8 was the final version of the beloved “Big Healey,” and represents the highest refinement of the marque.

As the last itineration of the ‘Big Healeys,’ it is fitting that the cars in the BJ8 series are the best equipped, both inside and out. The cockpit features a dashboard of burled walnut, with the speedometer and tachometer moved to be directly in front of the driver, and upholstery was upgraded to Ambia vinyl. Mechanically, SU HD8 carburetors increased the choke size, while power-assisted braking became standard; power output increased and a top speed of nearly 120 mph for the 1966 model was reported. Phase II models, such as the example offered here, received separate indicator lights and a modified rear chassis that raised the ground clearance.

According to the BMIHT, chassis no. 35959 was originally delivered to California on 4 March 1966. Equipped with wire wheels, Roadspeed tires, a heater, adjustable steering column, laminated windscreen, and overdrive, this Mk III was finished in Colorado Red with black trim and hood. Now finished in a classic two-tone paint scheme to highlight the gorgeous black interior, the Austin-Healey appears as fresh today as it did in 1966.

Perfect for cruising around town with the top down or touring across the country, this Austin-Healey 3000 Mk III is sure to delight its next owner. 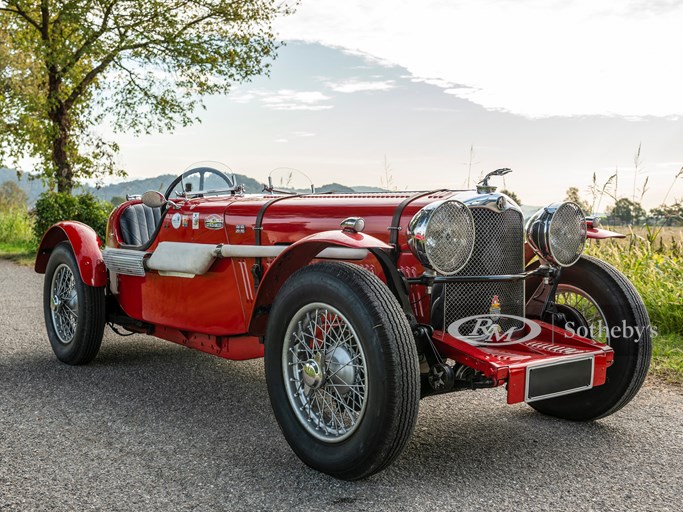