Please note that Internet bidding is not available for this lot. Interested parties that are unable to attend the sale may register to bid by telephone or place a commission bid online at rmsothebys.com.
Addendum: Please note that this vehicle is offered from "The MacNeil Collection".

The replacement to the 275 GTS, the 330 GTS, was designed to be an elegant, open-top, V-12 grand tourer for Ferrari’s best customers looking for the finest automotive experience money could buy. In addition to plenty of room for two plus their luggage, the 330 GTS also boasted an incredible set of performance figures. It boasted a top speed of 150 mph, and the 330 GTS could easily outpace just about any other car on the road when it was new.

Unveiled at the Paris Motor Show in October of 1966, its styling was instantly recognizable as a Pininfarina design. The 330 GTS epitomized mid-’60s Italian GT styling with its uncluttered and elegant design, from its classic nose characterized by its shallow egg-crate oval grille to its triple-louvered vents on the rear flanks of the front fenders and on to the seductive tapered tail. The impeccable style carried on to the car’s interior, which was luxuriously appointed with twin leather bucket seats and a wood-rimmed, aluminum steering wheel. With remarkably spacious proportions inside, this was the perfect place to be for a 1,000-mile road trip across the country or for a quick trip across town.

Aside from the obvious addition of its convertible top, the 330 GTS was identical to the 330 GTC coupe that had been unveiled a few months earlier at the Geneva Salon. However, the convertible was built in much more limited numbers than its closed sibling. While 598 of the 330 GTC were built in total, only 99 of the 330 GTS would leave the factory gates by the time GTS production concluded in 1968, making the convertible much more desirable than the coupe. Today, these 99 cars are highly sought after by collectors for their fine driving characteristics as well as their gorgeous looks.

The 63rd of the 99 330 GTS built, chassis number 10689 was completed by the factory in November 1967, finished in Verde Medio over a Beige Connolly leather interior, and equipped with Borletti air conditioning. It was delivered early in 1968 to Montreal dealer George Wooley, who subsequently sold it through Chinetti Motors to the first owner, H. Lifshutz of Fort Lauderdale, Florida.

Records indicate that the car was advertised in the Miami Herald in 1978, with 34,000 miles. In 1983 it was sold to Edgar Birner of Connecticut, who had François Sicard restore the car in black with a red leather interior. The 330 GTS remained with Mr. Birner until 2004, when it was sold to Steward Coleman of Asheville, North Carolina, who displayed it extensively, including at the 2006 Amelia Island Concours d’Elegance, 2006 Euro Festival in South Carolina, and at the 2007 Cavallino Classic, where it won a Silver class award.

The current owner acquired chassis 10689 in 2007, and had it certified by Ferrari Classiche later that year. He has since driven and shown the car extensively, in both the United States and Italy. In 2008, it was awarded at the Ferrari Club of America Annual Meet in Toronto, Canada, and at Cavallino Classic. It was then driven on the Tour di Palm Beach and was shown at the Geneva Concours d’Elegance in Geneva, Illinois. The 330 GTS was again shown at the Cavallino Classic and at the Ferrari Club America Annual meet in 2009, but these times won the coveted Platinum award. In 2010, the car was flown to Italy to participate in the Ferrari Tribute to the Mille Miglia, with a route from Brescia to Imola, to Rome and then back to Brescia. It was also shown at the 50th Annual Ferrari Club of America National Field and Driving Concours in 2013, where it won the Trofeo Gran Turismo Award, for an outstanding regularly driven pre-1975 Ferrari, and yet another Platinum award.

Despite it already being a Platinum award winner, the owner decided to have the car painstakingly restored in 2013. Finished in the period factory color of Grigio Notte over black leather interior, the car’s current configuration is nothing short of spectacular. Importantly, the car does retain the engine it was delivered with new, and all of the stamped numbers were documented during the Classiche certification process. Every component was inspected and addressed during the restoration, resulting in one of the best examples in existence.

Post-restoration, the exquisite 330 GTS was shown at the 2014 Cavallino Classic where it won another Platinum award, confirming the quality and authenticity of the work. Included with the sale are its books in their original leather pouch, the tool roll, the jack in its leather bag, and the Classiche Red Book documenting its certification process.

Simply put, this 330 GTS is one of the finest examples to be offered for sale and is ready for its next owner to drive or show in concours events the world over. 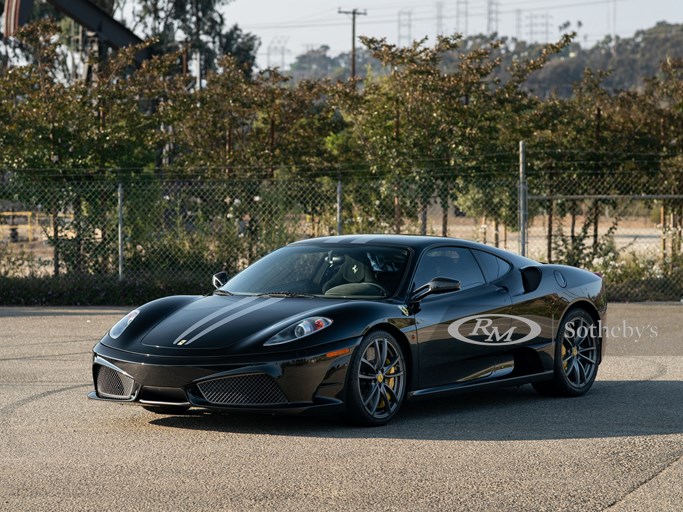 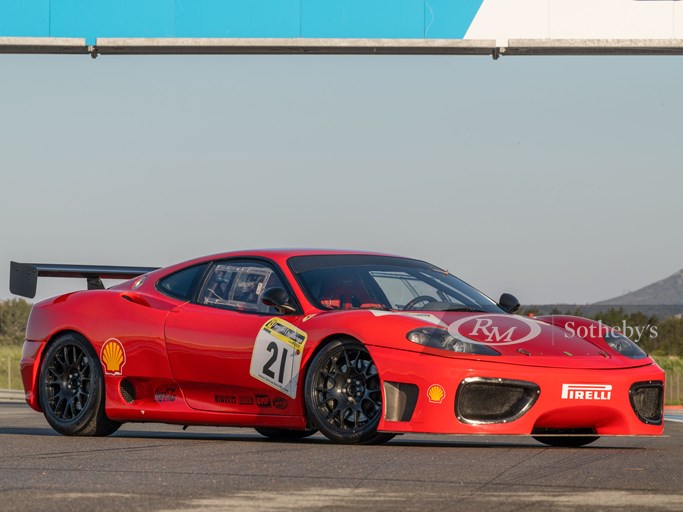