The 911 GT2 took the top-of-the-line 993 Turbo to new heights, while reverting from the 959-derived all-wheel-drive to a traditional rear-wheel-drive configuration. Eliminating the front- wheel-drive system, rear seats, power-adjustable front seats, and various other items trimmed some 500 pounds from the GT2’s curb weight, while, in racing form, the M64/60R engine with its twin intercooled KKK turbochargers developed 480 horsepower; the street version dialed that back a bit, to 430, along with 457 foot-pounds of torque at 13 psi. This still equated to only 6.6 pounds per horsepower, a figure that surpassed the fabled 959. All this energy was fed to the rear wheels through a new six-speed transaxle and an asymmetrical 40/60 limited-slip differential (ABD).

The result was utterly stunning performance, including a 0–60 mph sprint in less than four seconds, and a top speed of nearly 190 mph. The new GT2’s power-assisted four-wheel carbon-fiber/ceramic disc brakes were fully up to the task of hauling the car to a halt without fade.

To meet homologation rules, Porsche had to construct and sell at least 200 examples, of which 57 were road-legal. This special group of cars was specially hand-prepared by Roland Kussmaul’s Race-Sports Department and were assigned the name 911 GT, while the track versions were labeled GT2. After 1997, both versions carried the GT2 name.

The GT2 immediately proved itself to be extremely competitive on the racetrack. One early example enjoyed high podium finishes at the Sebring 12 Hours in both 1995 and 1996, as well as at Watkins Glen and Daytona. In the hands of expert drivers, the GT2 was indeed a very sharp and reliable scalpel. The street versions were also brilliant performers, but many owners specified various comfort options, and as a result, the GT2 was the most expensive model within the 911 lineup that year.

Offered here is one of 57 homologated 911 GT coupes, a well-optioned example that was delivered in March of 1996 to a private collector in Japan. Factory records indicate that this ultra–high-performance street-legal Porsche GT version was delivered with Japanese market specifications around the first of March 1996, wearing Speed Yellow paint with a black partial leather interior with hard-shell sport seats, whose back rests can be adjusted for rake. It was fitted with a 40 percent limited-slip differential with ABD, 235/40 and 285/35 Michelin tires on 18-inch Speedline three-piece alloy wheels, a 92-liter fuel tank, power steering, electric windows, air conditioning, a tinted windshield, a suede-wrapped sports steering wheel and white-faced instrumentation, fog lights, external hood and engine lid locks, RS-style lightweight door cards, and numerous other items.

Its previous owner exercised the car periodically over the years and “wanted something different.” As a result, modifications were undertook to re-trim the interior to Clubsport specifications, including the fitting of a roll cage and lightweight MOMO Porsche steering wheel, removal of carpeting, and installation of new racing seats. Recently imported to the United States, at the time of purchase it was discovered that none of the modifications were detrimental and that they were easily undone. Jim Newton of Automobile Associates in Canton, Connecticut, was then entrusted to remove the Clubsport modifications and re-trim the interior. Following federalization by the respected JK Technologies, the odometer now reads 33,000 kilometers, or about 20,500 miles.

Recently imported to the United States, this two-owner, now-Federalized, rare and desirable GT2 offers its next fortunate owner a combination of brilliant engineering and thrilling over-the-road performance. 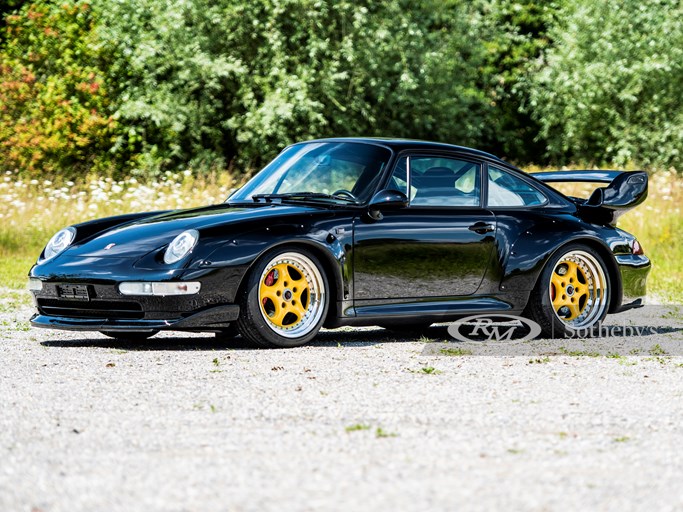 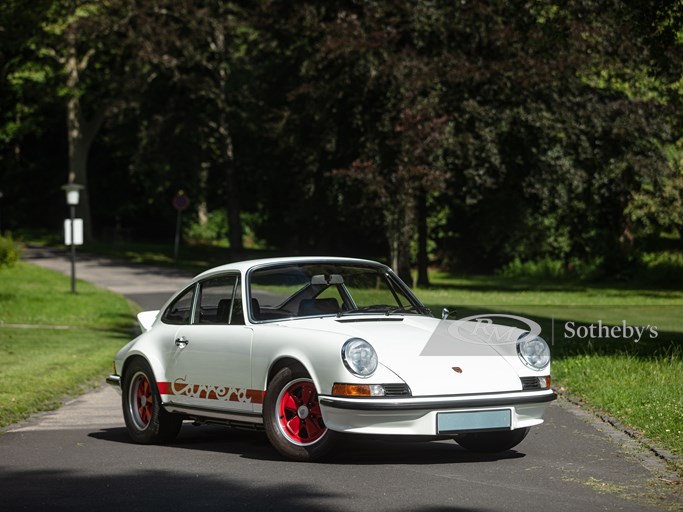