The Sprint Zagato is the ultimate sporting development of Alfa Romeo’s legendary Giulietta. Two series of Sprint Zagato were produced between 1957 and 1962. In the hands of private racers, the SZ won a series of impressive races, oftentimes outperforming cars of greater engine capacity. The Lotus Elite and the Abarth Simca 1300 proved to be formidable competitors, so in order to remain competitive, Alfa offered the second series SZ. In collaboration with the Servizio Esperienze Speciale (test department), Carrozzeria Zagato, and the results of aerodynamic studies by Kamm, the SZ II was born. Even with an engine of just 1.3 liters, the cars were very successful and surprisingly fast, capable of easily topping 120 mph. The lightweight bodywork by Zagato, in combination with specially tuned engines which featured more power thanks to high compression, tighter tolerances, more aggressive cams, and careful tuning, made the car a winner right out of the box.

Initially, Zagato had to use an uneconomical method of private elaboration—requiring the coachbuilder to acquire the cars at full price, then dismantle and rebuild them (that situation changed in 1959). Once the chassis was sent to Zagato, more than 300 hours was required to build the body, resulting in an expensive automobile, keeping production at a minimum. Little more than 200 examples were built, the last of which were 44 “coda tronca” versions such as this example. Most were modified in some manner, as few were actually used as touring cars.

To fully exploit the car’s potential, Ercole Spada, a newly employed designer, fashioned more aerodynamic bodywork. Bodies with lower roofs and long tails ending in a Kamm treatment (very much in the style of the Giulia 1600 TZ which immediately followed in production) helped the car gain top speed. Other technological advancements included Girling front disc brakes and three-shoe big finned rear drums, along with a standard five-speed transmission. A higher final drive ratio was sometimes included in order to enhance speeds made capable by the streamlined body shape. Along with Giulia-type instruments, the SZ IIs featured steel inner wheels with aluminum outer rings. The SZ’s inherent stability and instantaneous response to steering input made it a driver’s car par excellence and the preferred choice of many private racers. When new, the car proved virtually unbeatable, and its desirability continues today in historic motorsports as it remains eligible for a wide variety of prestigious events.

According to the consignor, chassis number 207 was completed on 11 August 1962 and sold on 22 November that same year in Vercelli, Italy. While little is known of its subsequent history until September 1993, it is understood by experts to have been in the United States for some time under the ownership of renowned enthusiast Peter Sachs. It was later imported to Japan by a Swiss owner. Mr. H. Suzuki sold it to the consignor, a U.S. enthusiast of Italian cars with a collection of competition-oriented vehicles, in 2014.

While in the consignor’s possession, Zagato body number stampings of “634” have been located, fitting properly within the sequence of Zagato factory numbers and confirming its authenticity. Chassis number 207 is currently fitted with a non-original Alfa Romeo 1750 engine (re-stamped to read: “AR00120 01011”). Accompanying the car is a 1300 Type 750 Veloce engine, number AR00120 00634 (long block, unrestored), believed to be original to the car. Also, paperwork including Japanese export and shipping documents, United States import documents, email correspondence concerning its purchase, and the 2014 purchase receipt, are included with the sale.

An older restoration, the car is described as an excellent driver. The body has straight panels and both the brightwork and paintwork remain highly presentable. The window glass, lenses, and emblems are all intact and in good order, and the windshield appears to have been replaced during the car’s tenure in Japan. A smart set of headlight covers are installed and the car retains its rare bi-metal wheels. The interior also displays nice cosmetics, including a rare Nardi wood rimmed steering wheel, correct under dash mounted windscreen washer bag, original switchgear, and proper Zagato seats.

A rare and a very attractive Alfa Romeo, this SZ II is eligible for a host of prestigious international rally and historic driving events. 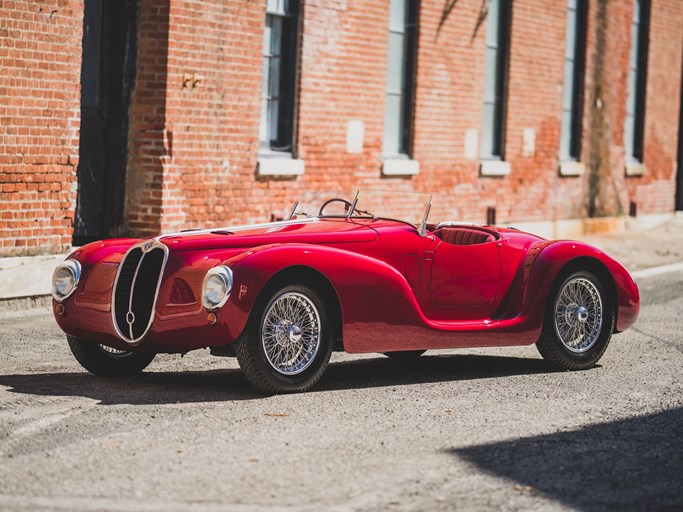 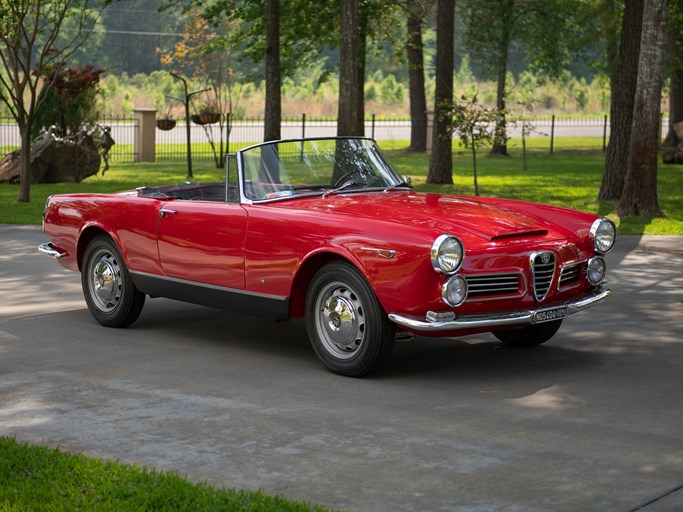 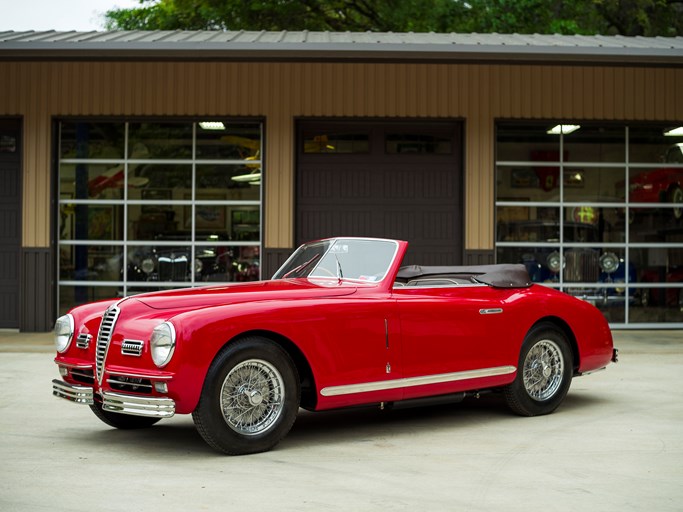