Like many sportsmen of the 1950s, Briggs Cunningham dreamed of winning at Le Mans. However, unlike many of them, Cunningham had the virtually limitless funds required to enable such efforts as heir to the Swift meatpacking fortune. After finding that production American cars, such as Cadillacs, were “close but no cigar,” he turned his fortune and energy toward developing his own all-new automobile, one that could compete at Le Mans and emerge victorious but also be, at its core, American.

Cunningham’s cars were smooth, low-slung designs that had strong tubular chassis, independent coil-spring front suspension, and tuned Chrysler Hemi V-8 power. The racing models evolved throughout the early 1950s, winning at Road America and Watkins Glen in 1951, but the Le Mans organizers threw Cunningham a curve ball when he started his preparations to enter their 1952 event. They specified that at least 25 road-going cars had to be built in order to qualify the entrant as an automobile manufacturer. Cunningham gave it some thought and concluded that a road-going version of his racing car would not be such a bad idea; in fact, it would actually help to offset the astronomical expenses being incurred by his racing team.

Production of an entire car in Cunningham’s West Palm Beach facility would have been cost-prohibitive, so the maestro contracted Italian coachbuilder Alfredo Vignale to build him coupe and cabriolet bodies, which were based on a design that had been penned by Giovanni Michelotti and had obvious Ferrari influences. The C3, as it was known, was not cheap, as it was based on a modified racing chassis and still had a Hemi V-8. It was essentially a larger, hotter Ferrari, albeit with American grunt under the hood, and it cost about $9,000. However, no one could argue that the power was not worth the cost, as the C-3 was capable of sprinting from 0–60 mph in around 7.0 seconds and could hit a top speed of nearly 150 mph.

Cunningham had limited production of the C3 underway by early 1953, but the project was hindered by delays. While his shop could build a chassis every week, it took Vignale, working with time-honored handcraftsmanship, almost two months to complete the rest of a car. Ultimately, C3 production wound to a close with five cabriolets and twenty coupes produced.

Although the Cunningham team never won at Le Mans, he did finish 3rd overall in both 1953 and 1954, and he would continue to race with ever-modified versions of his own design, along with a staggering roster of Jaguars, Listers, Maseratis, and Corvettes, until 1963. The C3 was as close as he ever came to building a true production model, and it was the only Cunningham ever built for the public.

The third Vignale-bodied C3 built, chassis number 5208 demonstrates the continuous detail changes made to the cars, both as the result of customer desires and ongoing design improvements. It was fitted with flat side windows with rear quarter windows, bumper overriders, and a checkered flag badge on the engine cover, features used on all C3s from this point forward. The wheelbase was 105 inches, a change made from the previous chassis (number 5207) forward, and the car was equipped with a 20-gallon fuel tank, a Ford radio, and a heater. The body was finished in three shades of silver-blue, a distinctive and unique tri-tone color scheme believed to have been used only on this car.

So much is known of this car’s original appearance because it was photographed by the famous motorsport photographer Ozzie Lyons outside Alfred Momo’s premises in New York, in the company of Briggs Cunningham at the wheel of his C4-R racer. This wonderful photograph clearly shows the original color scheme in detail, with its colors “popping” brightly and vividly.

The car was originally delivered to Alvin R. Jones of Indiana, in whose ownership it was displayed at the Henry Ford Museum’s Sports Cars Internationale in 1953 and again at the 1955 event under the ownership of Art Stuart of Highland Park, Michigan. Photographs of the car were published in period in both Sports Cars in Action by John Bond and Sports and Classic Cars by Borgeson and Jaderquist.

Most famously, however, this was the only Vignale-bodied C3 to be actively raced and used for competition in period, a status it gained by being returned to the Cunningham factory in West Palm Beach. It was driven by the Cunningham team at MacDill Air Force Base at Tampa, Florida, on February 21, 1953, piloted by Phil Stiles in the 12-lap, 50-mile second race of the day for novice drivers in modified cars of all classes. Stiles and the C3 finished 17th overall. He then ran the car in the feature race of the day, the 6-hour, 492-mile, 120-lap Collier Memorial handicap race.

Stiles raced again at the same venue in January of 1954, now with a hotter engine. It was track-tested during practice and then driven by Stiles in the third race of the day, the 60-lap, 200-mile Governor Dan McCarty Memorial Race, but he failed to finish due to a suspension failure.

The car was divested by the B.S. Cunningham Company in 1955 to Tony Olivero of Texas and made one last sporting appearance at the Fiesta del Pacifico race in San Diego in 1956. It spent many years in the Petersen Automotive Museum in Los Angeles before joining the stable of its present caretaker, under whose ownership a full restoration was commissioned with the goal of absolute authenticity to the car’s original specifications. Accordingly, chassis number 5207 was graciously loaned to RM Auto Restoration by its owner, Tom Cotter; this wonderful, original, and unrestored car was built immediately prior to the C3 shown here and is the one closest to it in specifications and details.

Use of this important reference car allowed the numerous original details of this car to be restored as faithfully as possible. Correct bumpers were remanufactured by RM to the original designs, using Cotter’s car as a pattern. The original color scheme was recreated to match the Lyons photograph, and most interestingly, the faces of the original instrumentation match the body color as they did originally. Even new glass was made to the original design and fitted in all the windows. Exhaustive research was performed into the correct designs of the cowl ventilator and hood scoop, as well as the original design and fitment of the chrome trim. Original and correct Borrani wire wheels were fitted, an upgrade made to the car during its Cunningham team use. Most importantly, the originally fitted Chrysler Hemi V-8, with its longtime aspiration setup incorporating four single-barrel Zenith carburetors, is installed under the hood.

Today, finished as near as possible to its original Cunningham specification, this car is the only Vignale-bodied C3 to have raced in period and is now one of the finest its existence. Certainly one of the most familiar C3s in period, it is ready to enjoy the care of a new owner—and to entertain on the road or perhaps even the track. 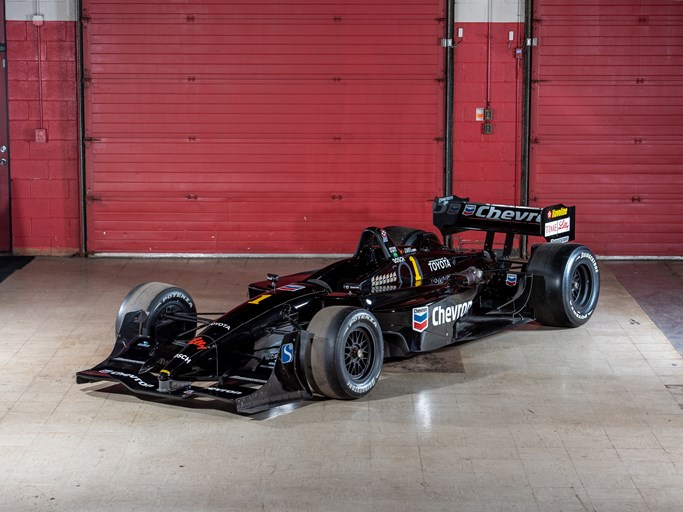