By 1931, Chrysler’s Imperial had grown from simply an upmarket version of lesser models into something truly unique and special. It had been graced with classically beautiful styling, which was inspired by the Cord L-29, and was noteworthy for its massive 145-inch wheelbase chassis and smooth 125-horsepower straight eight. Not only was this car big and powerful, it was also a superb driver, with advanced steering geometry that made it shockingly easy to swing through wide corners at speed. The term “driver’s car” is seldom applied to American Classics of this era, but it is apt for the Imperial.

Drivers with funds to spare could opt for “semi-custom” bodywork that had been supplied by the LeBaron imprint of Briggs and styled by Ralph Roberts. With aviation in the forefront of American culture, the open LeBaron custom body styles adopted aircraft-like leather interiors that wrapped around the cowl and over the doors. Riding in one of the 85 Dual-Cowl Phaetons built in 1931 was like coasting along the ground in one’s biplane.

Surviving 1931 Imperial Dual-Cowl Phaetons are scarcer than their 1932 or 1933 counterparts, and unfortunately, a number of rebodied recreations have polluted the field in more recent years. The car offered today is, importantly, not only one of the very few genuine and authentic examples extant but also perhaps the best-known, most well-respected example in the world. Imperial expert Joe Morgan is probably the man who tells the story best, as he is the one who found the unrestored car in Rhinelander, Wisconsin, in the early 1980s and carefully brought it to its present high-level presentation:

The car had been sitting in Rhinelander for many years. I got the original build sheet from Chrysler, which showed that it had been delivered in Pittsburgh on January 13, 1931, with the very desirable 3.82:1 gears and was finished in San Quentin Gray.

I spent three or four years restoring it, then sold it to John McMullen. I had shown it in the CCCA and AACA, where it took 100 points every time out. Right after I sold it to Mr. McMullen, he took it to Pebble Beach and won Best in Class.

To this day, the car is the best original one I have ever seen, and I stand by that. It is the purest one on the planet, as it includes its original engine, head, radiator, transmission, axles, and bumpers. We had to replace only the trunk, which was missing, and remake the wood in the body sills; much of the rest of the wood was good and could be saved. All the numbers off the factory build sheet—the serial number, the physical chassis number, the engine number, and the body number—all match the numbers on the car.

Joe Morgan’s outstanding restoration was well-preserved by Mr. McMullen, in whose famous collection this car was a highlight, until it was sold, for what was nearly a world record price, in 2007. It spent the next several years in the famous collection of Paul Andrews in Fort Worth, Texas, before becoming a standout in the stable of its present owner, himself a well-known enthusiast and Imperial connoisseur.

The car is well-equipped with original options and accessories, including dual side-mounted spares with metal covers, which Mr. Morgan notes as being original to the car; a body-colored radiator with a chrome frame; and dual front-mounted Pilot Ray driving lights. Its sparkling deep red finish, accented by subtle gold striping, still holds a deep, rich professional shine, while the leather interior, in a shade darker, shows only scant signs of use. As noted above by its restorer, the car retains much of its original body wood and all of its original and properly numbered and identified components.

For many, the design of the 1931 Chrysler CG Imperial Dual-Cowl Phaeton is the quintessential example of a CCCA Classic. As such, the people who own genuine and true examples tend to treasure them and they seldom come available for sale. Offered here is almost certainly the finest example available, possibly the finest in existence. It has long been the cornerstone of renowned collections, and it will surely take that same place of pride in a new home. 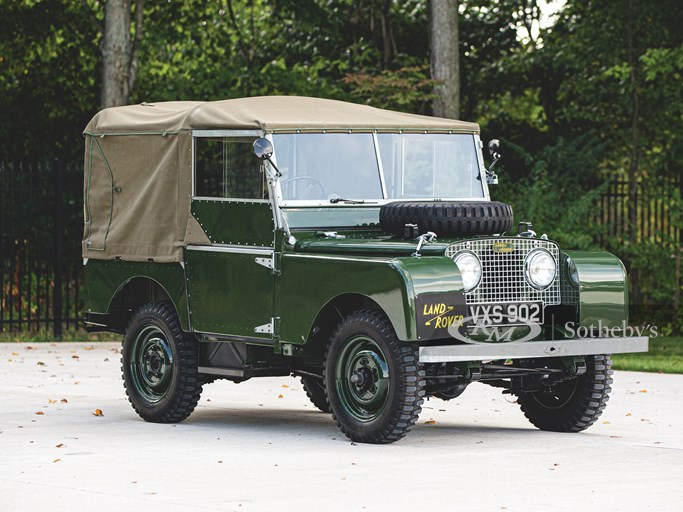