Fifteen years into the 21st century, when a manufacturer builds a car capable of achieving speeds near the fabled 200-mph mark, people tend to take notice. In just over 100 years of automotive design and innovation, automakers are just beginning to crack this barrier, showcasing how far automotive technology has come in a relatively short amount of time. When Porsche released a car that could reach a top speed of 197 mph at the Frankfurt Auto Show in 1985, it goes without saying that the general public was left aghast at what they had witnessed. But while speed was at the forefront of most spectators’ minds, the real beauty of the 959 was in its details. The car was laden with technology the likes of which the automotive industry had never seen before.

Unlike its competitor that would be released a few years later, the Ferrari F40, the 959 was a supercar built with an entirely different mindset. Looking past its incredible performance figures, it introduced a number of features that would become industry standards in the future. Adjustable suspension, an intelligent four-wheel-drive system, tire pressure sensors, and super-lightweight hollow-spoke magnesium wheels made it nothing short of a game changer. Even with a price tag of $300,000, it is said that Porsche lost money on every single one as a result of the extraordinary costs of construction, research, and development. While the silhouette and interior might have resembled that of a 911 produced at the time, there was no doubt that this was an entirely different animal, one that proved that Porsche could continue to mold a classic shape into something that pushed the barriers of both automotive performance and technology.

Just 283 examples were constructed, and they were all destined for Porsche’s favorite customers. However, most of these cars went to Europe, as they were not specified to be compliant with federal DOT and emissions standards in the United States. However, that didn’t stop a few well-heeled Americans from bringing a handful stateside under the newly created Show and Display Law of 1999. The law was championed by 959 owners Bill Gates and Paul Allen, and it’s clear why the 959 appealed to them, as the innovations encapsulated within the 959 were just as incredible as what was being developed at Microsoft at the time. While many 959s have made the United States their new home thanks to the Show and Display law, they are still an incredibly rare sight both on the road and in private collections.

This particular 1988 959 Komfort model was finished in the rare shade of Graphite Grey metallic, with a Dark Grey leather interior with Silver inserts and Grey carpeting, and it featured the optional heated sports seats with electric height adjustment and seat inserts done in silver metallic. The car was originally delivered new to Italy, and its first owner was a Porsche executive who retained the car for personal use. Naturally, the 959 was only subject to the best possible service and care by authorized Porsche specialists who had the requisite experience and training to service Porsche’s most technologically advanced supercar.

Under the stewardship of its second owner, an American Porsche collector, the 959 was properly imported into the United States, registered for use on the road, and fully serviced to further ensure its readiness for frequent use. While in the possession of its third and current owner, a Southern California-based collector, this 959 received another service, to the tune of $12,500, which was performed by GMG, Porsche specialists based in Santa Ana, California. The purpose of this work was to further dial-in the car both mechanically and cosmetically for road use, and as a result, no stone was left unturned in the pursuit of making this one of the finest 959s in the country. Its odometer shows just 21,000 kilometers from new, and the car is certainly ready to return to the open road, as Porsche would have intended. Additionally, it is accompanied by all of its original books, tools, and keys, as well as a Porsche Certificate of Authenticity.

The 959 is quickly approaching its 30th anniversary of its unveiling, and it still remains just as important to the automotive industry as the day it was first shown to the public. Whereas the F40 was a race car that could be driven on the road, the 959 was a road car that would exceed even the most capable driver’s expectations on the track. Graced with all-wheel drive and all the amenities one would expect of a car with a $300,000 price tag when new, the 959 was not only the world’s fastest production car, it was also versatile enough to be used as a daily driver. The wonderfully maintained example presented here needs nothing and would be the centerpiece of any Porsche enthusiast’s collection, not only for its place in the history of the marque but also for its all-around usability. As it has been lovingly cared for by enthusiasts since day one, its condition is truly striking in every regard, and it goes without saying that an opportunity to purchase such an incredible automobile is not a daily occurrence.

Perhaps Porsche’s motto sums up the car best: when it comes to the 959, there is indeed no substitute. 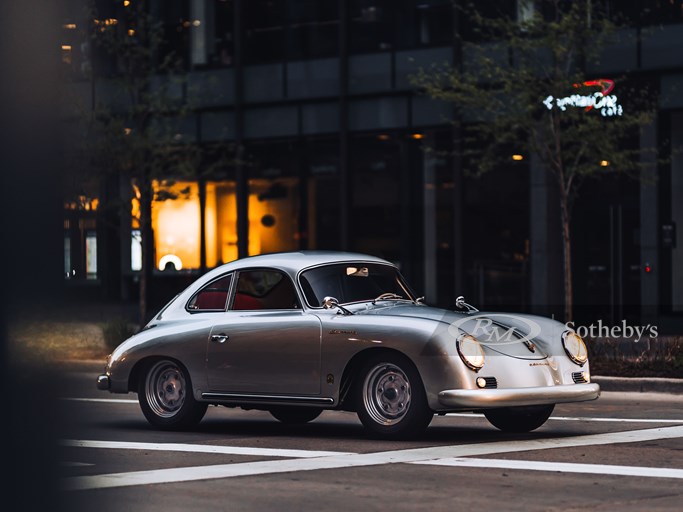 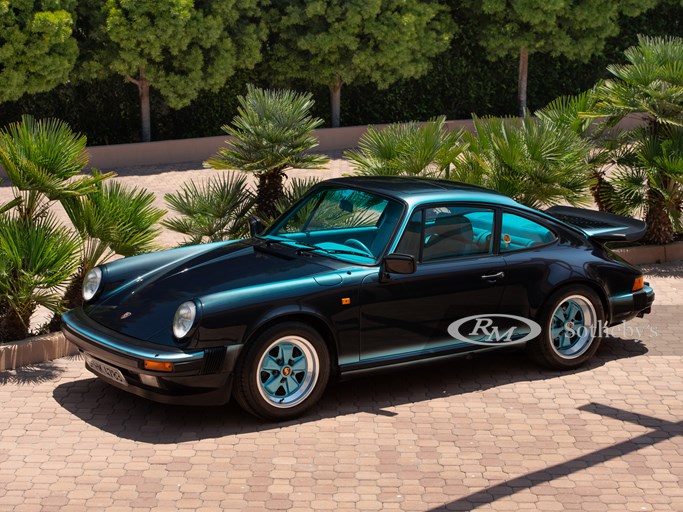