The 275 GTS premiered alongside the 275 GTB at the 1964 Paris Auto Show, and to the casual onlooker, these coupe siblings looked like completely different automobiles. Yet, that couldn’t be farther from the truth. Both cars looked wholly different, but underneath they bore similar 3.3-liter Colombo V-12s, chassis, and suspensions. This new spider, the replacement for the 250 GT Series II Cabriolet, was clearly intended for the American market, particularly in warmer climates, where the attractiveness and marketability of a high-performance grand touring cabriolet had long been established.

While the 275 GTS and GTB share the same base nomenclature and underpinnings, the differences are mostly cosmetic. The 275 GTB was often considered to be the more aggressive of the two, while the GTS was thought by many to be better suited for grand touring duty; although, with a top speed in excess of 140 mph, it was certainly no slouch. In support of this claim, the 275 GTS was equipped with less heavily bolstered seats than the GTB, but they were still beautifully trimmed in Connolly leather. Each body was constructed in a different location, with the GTB being constructed in Modena, at Scaglietti’s facilities, and the GTS being produced at Pininfarina, in Turin. However, just 200 GTS models were constructed, with the majority being sent to the United States, making them far scarcer than their berlinetta siblings.

The example offered here is documented by Ferrari historian Marcel Massini as having been completed by the factory in February 1966 and supplied new to Auto Becker, the famous dealer in Düsseldorf, Germany. The car was sold in March 1966 to its original owner, Mr. Hartmann, and then, three years later, it passed to a Munich resident, for whom it was registered as M-TS 151. During the Munich resident’s ownership, the car was serviced and maintained by the Ferrari factory’s Assistenza Clienti in Modena, recording 29,189 kilometers at the time of its service in April 1969.

The car was exported from Germany to California in the 1970s, and on August 21, 1977, it was advertised in the Los Angeles Times by a Mr. Holz, then with 66,000 miles. In 1983, it was sold to well-known Golden State enthusiast Bob Moe, in whose ownership it remained in storage for about 25 years.

More recently, following tenure with a California Ferrari dealer, it underwent a ground-up restoration by renowned specialists Brian Hoyt (Perfect Reflections) and Patrick Ottis, with full documentation on file. The car is finished in Nero with Rosso seats, with an otherwise body-colored interior, and it has a menacing, racy appearance that is unusual to this model, which is accented by the use of blackwall tires on chrome wire wheels. Correct detailing and stickers are to be found under the hood, and the Marchal headlights have the proper lenses. Correct metric nuts and bolts were used throughout, just as the factory had once done it. Inside and out, the body finishes are superb, which is evidence of both the quality of restoration and the careful maintenance in the present owner’s well-known collection. Crystal-clear Veglia gauges record a mileage of 91,179, which is believed to be original.

This is not only a thrilling driver’s Ferrari but also a splendidly restored 275 GTS, and it would be a perfect addition to any collection of Prancing Horses. 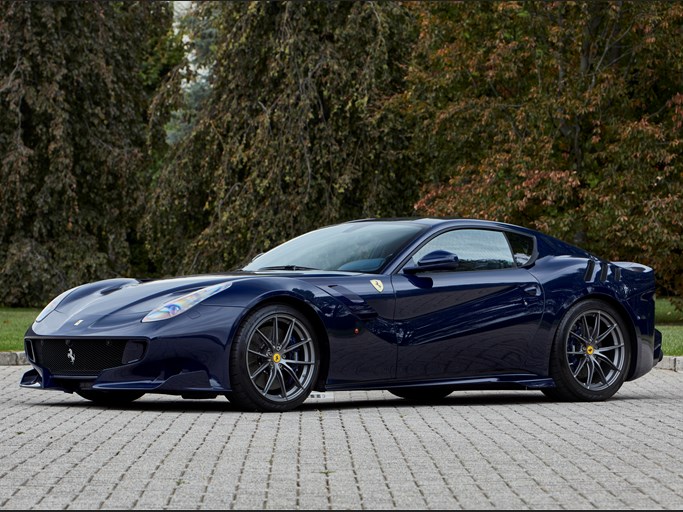 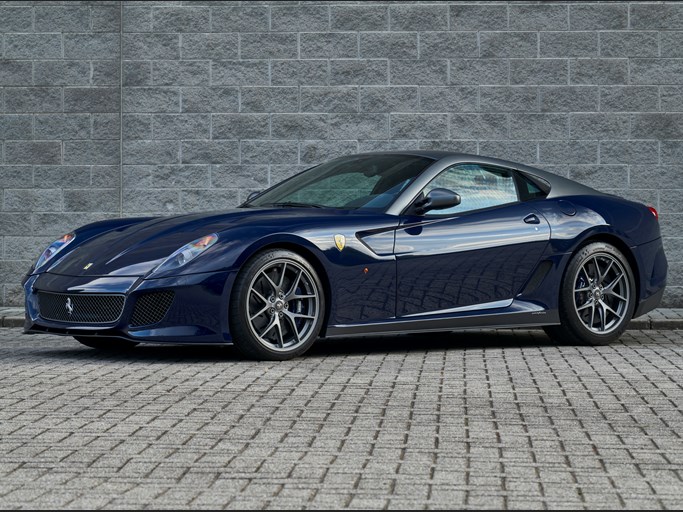