• Factory air conditioning and power windows; believed to be only 92 so equipped

During the early-1960s, Ford Motor Company actively and openly courted Ferrari, almost reaching an agreement to purchase the company. Nothing materialized, and an embittered Henry Ford II became hell-bent on one-upping Ferrari, which led to Ford entering motor racing with the legendary GT40. Simultaneously, Ferrari established ties with fellow Italian carmaker Fiat. The first alliance came in 1965, when motorsports governing body, FISA (Federatione Internationale Sport Automobile), announced that from 1967, all Formula II cars were to be fitted with a production-based engine with a minimum output of 500 units.

Ferrari was not capable of such production volume, which led to a deal whereby Fiat was to manufacture a Ferrari-designed two-liter V-6 for use in Fiat cars carrying the Dino badge. Ferrari would share the name on a car of its own unique design. The Dino name honored Enzo Ferrari’s beloved son, who died of illness in 1956. Mutually beneficial, Ferrari had a production-based engine for its Formula II cars, and Fiat gained the cachet of a Ferrari-designed engine in its most prestigious offering. The mid-engine design was sweeping the automobile world and everyone wanted to be part of the act, Ferrari included.

No one quite realized it at the time, but the car on Pininfarina’s stand at the 1965 Paris Auto Salon was the forecast of Ferraris to come. Called the “Dino 206 S Speciale,” it was a sleek, competition-inspired coupe to be powered by the aforementioned twin-cam, 65 degree, Ferrari-designed, mid-mounted V-6. Dubbed a “research prototype” and built on a racing chassis, it was merely eye-candy, as it had no engine. Four prototypes were constructed. Less than one year later, the real car appeared, this time at the 1966 Turin show, as a running prototype called the Dino Berlinetta GT. Designed by Pininfarina and built by Scaglietti, it was a masterful blending of sensuous curves, outstanding surface development, and stunning proportions.

Like the original show car, it shared the mid-engine V-6; this time, it was mounted transversely rather than longitudinally, as in the show car. Said Sergio Pininfarina, “the Dino recalled the Cisitalia with fenders that were higher than the bonnet. The rear end’s vertical window was done in such a way to make the front of the car man and bonnet, and the rear part of the car, the engine.”

Sports Car Graphic dubbed it “an engineering masterpiece,” recording a 0–60 mph time of 6.7 seconds and a top speed of 142 mph in Enzo’s personal car. But, as Ferraris go, enough is never enough, and within six months of introduction and production of just 100 cars, the 246 GT was introduced. This was Ferraris attempt to satisfy the growing American market, which demanded more power. The larger 2.4-liter (2,418 cubic centimeter) engine, fed by three Weber carbs and backed by the five-speed manual gearbox used in the 206, offered 15 additional horsepower and greater flexibility throughout the rev range. The engine was constructed of cast iron instead of alloy, for greater reliability, and the wheelbase was extended 2.1 inches, for a like gain in cockpit space.

The 246 Dinos became the first Ferraris to receive pressed steel body panels that were fabricated at the Pininfarina factory in Turin. Body assembly followed at the Scaglietti works in Modena, prior to being transported to the Ferrari factory for mechanical assembly. The alloy wheels were revised, too. Rather than the three-pointed central wing nut Cromodoras, 246 GT’s featured Campagnola rims with a circular hub on which the Dino logo was reproduced, circled by five wheel nuts. Writer Mel Nichols noted in his test of the new 246 GT that “in all of motoring’s history, there have been few vehicles so balanced, integrated, and complete as this one.”

Capitalizing on the success and further adding the appeal to the American market was the 246 GTS introduced in 1972. Featuring a removable targa roof and built exclusively for the U.S. market, Ferrari produced approximately 1,200 units of the new model for American consumers. Including 2,800 246 GTs, total production reached 4,000 units through 1974.

The holy grail of 246 GTS Dinos is the rare “chairs and flares” variant, like this car. When the aforementioned 7½-inch Campagnola rims became available in 1972, cars so equipped were built with wider fender flares, to accommodate the optional rims. Some of these cars were also furnished with Daytona seats, referring to the racing-style bucket seats available concurrently in the V-12 Daytona. A small number of Dino’s were equipped with both these items, taking on the “chairs and flares” moniker. This car also features optional factory air conditioning and power windows, further adding to its desirability. According to its owner, this car is one of 92 equipped with Campagnola wheels, Daytona seats, and factory air-conditioning.

Having spent most of its life in California, chassis 05720 benefits from a just-completed restoration to original specification. Its odometer reads less than 26,700 miles from new, which are believed to be original. The car was completely stripped to bare metal and re-painted its original color of Fly Yellow. The interior has been totally redone, including new black leather, “mouse hair” carpets, and interior panels. All chrome has either been refinished or replaced, along with new rubber seals, reflectors, and plastic trim. Suspension bushings have been replaced and a new clutch installed. The engine has been pulled and subjected to a full-service and rebuilt carburetors. Tools and books are also to be included with the sale.

This is one of the most desirable Dinos currently available for sale. 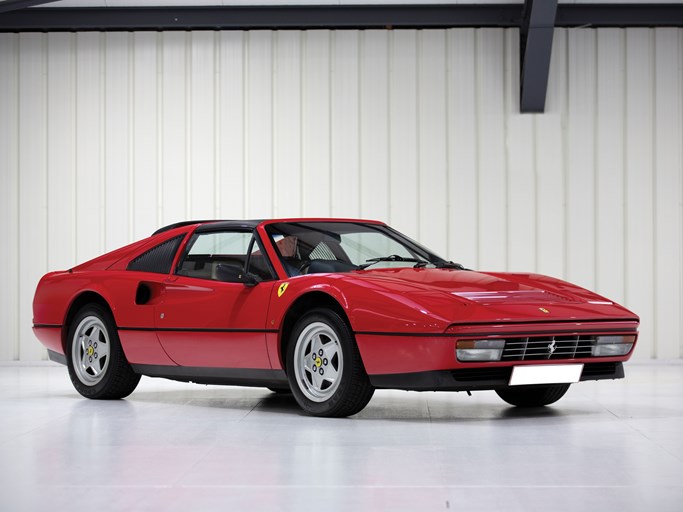 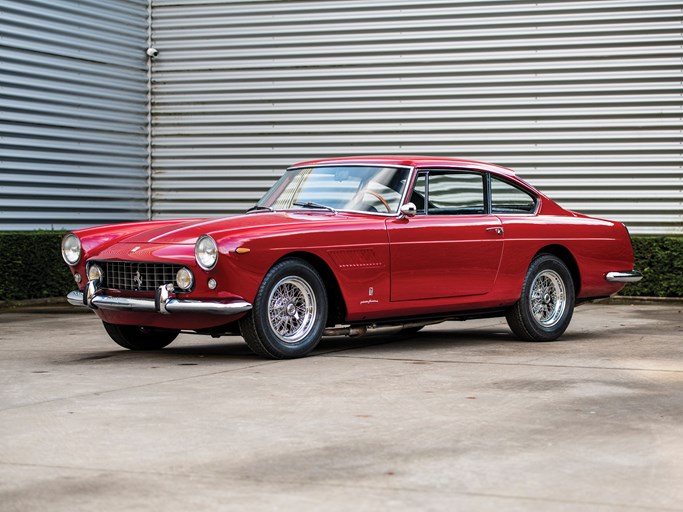