Chassis No.
7500295
Catalogue
Addendum: Contrary to the catalog description, this car is not eligible for the Mille Miglia. Additionally, the chassis number is 198 042 7500295.

• Spectacular performance, even by today’s standards

• A superb and well-maintained older restoration with desirable options

The spectacular Mercedes-Benz 300SL “Gullwing” was in production for just three years, during which time only 1,400 cars, not including racers and prototypes, were built largely by hand in Stuttgart’s finest tradition. Yet despite the low production volume, Daimler-Benz remained sufficiently convinced of the value of an expensive, image-leading sports car as part of its model line-up to develop an improved open version, resolving the well-documented ventilation issued associated with the Gullwing.

A modified 300SL roadster chassis was first spotted in the summer of 1956 at Stuttgart by the German magazine Auto, Motor und Sport. The improved 300SL roadster debuted in the spring of 1957 at the Geneva Motor Show. By the end of that year, the final 70 of the 1,400 Gullwing coupes and the first 618 of the 1,858 300SL roadsters were assembled.

Among the roadster’s many advancements was a lowered central section of the lightweight 300SL space-frame chassis to allow improved entrance and egress with smaller sills and enlarged doors. Strength was maintained nonetheless with the addition of diagonal struts bracing the lowered side sections to the rear tubular members. At the rear, the spare tire was repositioned below the trunk floor, necessitating a smaller fuel tank but maintaining reasonable luggage space.

The roadster’s suspension was fine tuned by the repositioning of the single-pivot rear swing-axle and the addition of a coil spring mounted transversely above the differential, linked to the two axle halves by a vertical strut, allowing the use of softer rear springs and providing a more comfortable ride and improved handling. Coupled with fatter tires and a wider track, the roadster exhibited none of the prior Gullwing coupe’s tricky handling characteristics. This specific feature was borrowed from the W196 Grand Prix racing car.

These revisions added some 250 pounds, the majority of which were associated with the convertible top and its mechanisms. The snug-fitting roof retracted fully into a well behind the seats and was covered with a hinged panel, making for a sleek, disappearing top body line. Thanks to a compression boost, US market models gained an additional 10 hp to help offset the weight increase. Regardless, the car remained an excellent performer with a factory-claimed 137-mph top speed. Options included a removable hardtop and special fitted luggage.

The 300SL roadster was popular among the celebrity elite of the era, including such icons and luminaries as Clark Gable, Glenn Ford and Elvis Presley. While the 300SL did do an incalculable amount of good for Mercedes-Benz’s image and reputation, it unfortunately did not do much to enhance the company’s coffers. The $11,000-plus price when new placed the 300SL squarely into Rolls-Royce territory and nearly tripled the list price of the most highly optioned, fuel-injected Corvettes of the era. After 1957, 300SL production slowed until the final three roadsters were completed in late 1963 for sale in 1964.

Finished in classic silver with a black convertible top and supple red leather interior, this first-year 300SL roadster from 1957 was an original, low-mile example prior to a professional, body-off-frame, nut-and-bolt restoration by Bruce Kelly of Minnesota’s Lake Country Classics. Noted 300SL authority and SL Market Letter owner John Olson acted as a consultant on the project, adding an additional level of period authenticity to the project. The current owner acquired it in late 2003 from a gentleman who himself acquired the car in 1992 from a close friend in exchange for a gold Rolex wristwatch. The prior owner entered the SL into the Copperstate 1000 rally in the early 2000s and thoroughly enjoyed the car, but as he was by then having difficulty entering and exiting the low-slung car, he elected to sell it to the current owner in 2003 who participated in the Copperstate as well in 2008, without incident.

As presented today, this great-driving 300SL retains its original, matching-numbers engine and is equipped with a set of period-correct reproduction Rudge knock-off wheels. Very correct and presentable today, notwithstanding the age of its high-quality restoration, this is a perfect tour car eligible for numerous events. This desirable first-year roadster from 1957 shows only about 42,000 miles and is offered complete with books and tools. 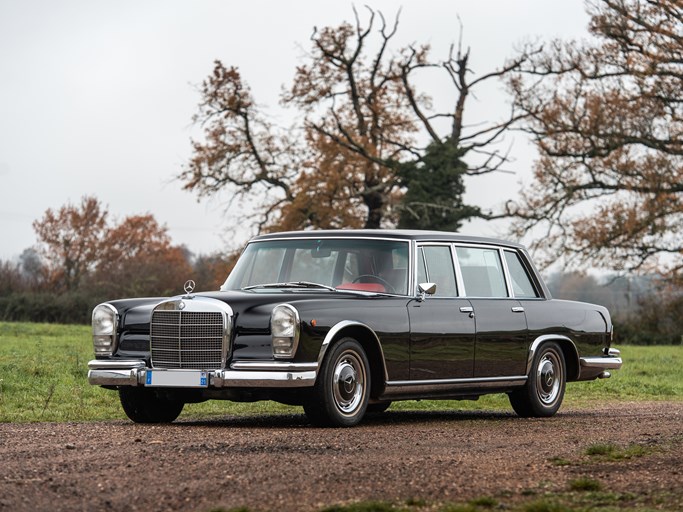