The street model 1965 Shelby GT 350s sold briskly, but since they were essentially thinly disguised racecars and early customers criticized the harshness of the ride, noise and rattles. Subsequently, the 1966 GT 350 models were made more user-friendly with the introduction of plentiful mechanical revisions that softened the edges and made the cars more amenable. Exterior changes included Plexiglas quarter-windows and the scoops and ducting necessary to help cool the rear brakes. Mechanically, the engine remained the same, a Shelby-prepared 306-hp solid lifter 289 cubic inch Ford V-8 with a Holley four-barrel carburetor and a considerably quieter exhaust system. The Borg-Warner T-10 four-speed manual transmission remained standard, but an automatic was optional. The suspension was much closer to stock, greatly improving the ride and comfort. All told, 1,365 cars were built in addition to 999 GT 350H Hertz “Rent-A-Racers” and 13 specials and prototypes.

The Shelby GT 350 being offered has been beautifully restored and is presented in Wimbledon White, as when new, per the Shelby American Automobile Club Shelby Registry 4th Edition. The Shelby Mustang is reported by this same reliable source as coming from the factory with the Le Mans stripes, four-speed transmission, fiberglass with steel-framed hood, override traction bars, no package shelf and 10-spoke Shelby alloy wheels. This car also bears the distinction of having Weber carburetors and is noted in the Registry first being seen with this setup in 1989.

The Shelby is first recorded as being leased to Rex Sermon who had the distinction of reporting the tachometer stolen on February 9, 1966 and later returned the car on May 26, 1966. It was next leased to Mr. Floyd J. Wheeler of Shelby American in Los Angeles on August 17, 1966 as a company car. A Cobra accelerometer was installed for dealer showing during this period with approximately 10,000 miles displayed. After brake repair at Hi-Performance Motors in Los Angeles in April 1967, the Shelby was shipped to Courtesy Motors, Inc. in Littleton, Colorado as a used unit; they were invoiced $2,000. Additional owners are listed from the early 1980s to 2008 and during this time, it is noted that the car was featured in Mustang Monthly in January 1995 with “American wheels” - it now sports the fabulous 10-spoke Shelby wheels.

These are great driver-oriented cars that have the needed instrumentation, a competition-style steering wheel for the right inputs plus styling flair and competition-style seatbelts to let you get the job of driving done properly.

Please note this vehicle is being sold title in tranist 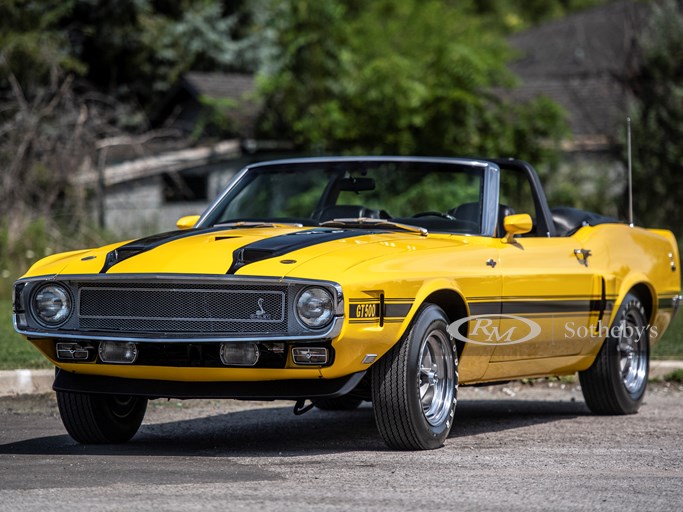 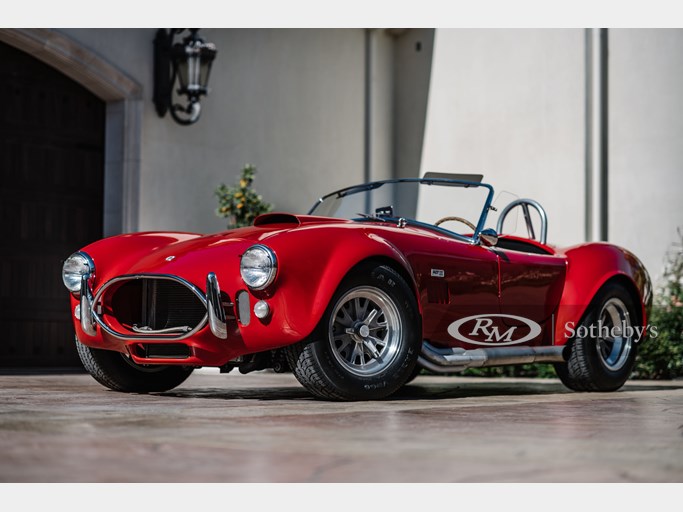