Production of Cadillac’s grand and imposing V-16 model peaked at the original generation of 1930-1932. The worldwide economy then took its toll, and the numbers of “Sixteens” steadily dwindled thereafter—this despite the introduction for 1932 of fully new, modern styling, including gracefully curved fenders and streamlined radiator shell and headlights. The basis of an imposing, massively overbuilt 143- or 149-inch-wheelbase chassis allowed for glorious proportions that made the 1932 V-16 one of the most striking automobiles of its era. It was also one of the rarest, with just 300 made in a wide range of styles.

The seven-passenger Imperial sedan offered here was originally shipped to the Kampton Cadillac Corporation of Washington, D.C., but was diverted to Philadelphia, where a ready buyer was apparently waiting. The V-16 eventually became part of the collection of oil and gas magnate, Sam Vaughan, who amassed numerous significant Classics during the 1980s in the small town of Uncertain, Texas. Mr. Vaughan’s untimely passing in 1989 resulted in the auction sale of his collection the following year in Uncertain, where numerous auction records were set. Eventually the Cadillac moved into its present ownership, over two decades ago.

Maintained since in the family collection and seldom shown, this grand Imperial sedan has remained largely unseen since the turn of the century. Its cosmetic restoration is older but remains attractive overall, although the car would benefit from mechanical freshening—after which it would be a superb CARavan or touring V-16 Cadillac, with power and interior space to spare! 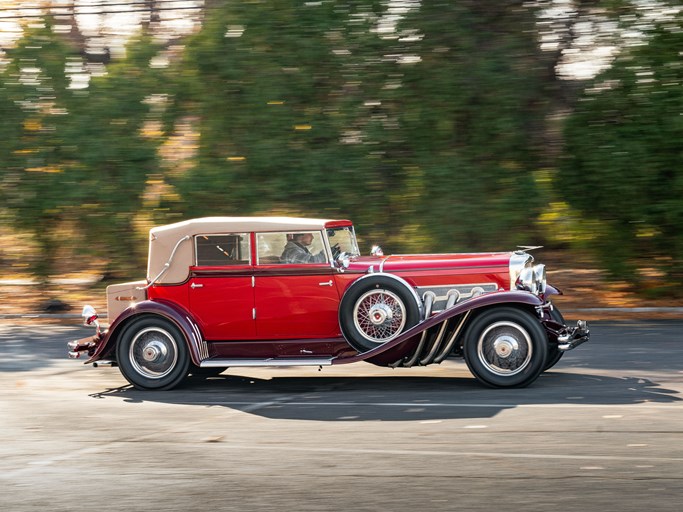