Introduced in 1959, the successful Austin-Healey 3000 underwent a steady series of upgrades before production ceased in 1967. Mark III BJ8 cars, such as this beautiful 1966 example, are among the most desirable of all the so-called “Big Healeys.” Incorporating all production improvements—including the 150-horsepower engine, power brakes, and a softer trailing-arm rear suspension—they maintained the style and excitement that made the 3000 into an enduring sports car icon.

Completed in early September 1965, this car was dispatched to a dealer in New York later that same month; it was originally finished in Dark British Racing Green over Black. The accompanying British Motor Industry Heritage Trust certificate further details the car having been delivered with factory equipment including wire wheels, a heater, an adjustable steering column, a laminated windscreen, Roadspeed tires, and an overdrive.

In 2019, this Austin-Healey entered the shop of Healy Lane Restoration, renowned marque specialists based in Marcola, Oregon. Over the course of the next year, the vehicle was stripped down to its bare chassis and completely rebuilt with a superb attention to detail. Photo documentation of the entire process is available and shows the true extent of the restoration. The exterior has been finished in an attractive combination of Golden Beige Metallic over red Ambla vinyl. Further, all four corners feature lustrous Dunlop-style 60 spoke wire wheels which compliment the dazzling brightwork found throughout this Austin-Healey.

Since the completion of this project, the vehicle has traveled very few miles, as shown by the odometer set within the clear Smith gauges. This convertible entered its most recent ownership within the past year where the car continued to see limited use. As such, the roughly three-year-old restoration has yet to experience any serious amount of deterioration.

This car will be accompanied by a driver’s handbook, Thor hammer, a tonneau cover, and a spare wheel, while documentation includes the aforementioned BMIHT certificate and a collection of photos from the restoration. 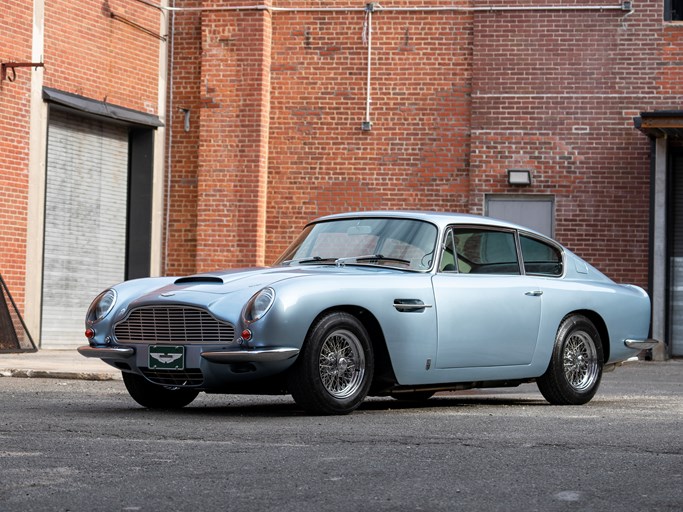