Catalogue View Lots
Chassis No.
WP0AE2A92KS155199
Please note the title for this particular lot is in transit and, in light of current world events and limited government office hours and closings, may be considerably delayed in reaching the successful buyer. It is expected that the delay could be up to six to eight weeks or more. Please speak with an RM representative for further details.

The 911 GT2 RS first appeared to great acclaim in 2010, to which the 991 generation boasts 80 more horses and 37 more foot-pounds than its earlier predecessor, assisted by Porsche’s brilliant VarioCam system that optimizes timing as engine speed changes. Capable of sprinting to 60 mph in a vision-blurring 2.8 seconds, the GT2 RS can cover the standing quarter mile in just 10.5 and doesn’t run out of breath until 211 mph. The 2019 model is equipped with a twin turbo 3.8-liter flat six that produces a mind-boggling 691 horsepower at 22 pounds of boost. Torque is massive—553 foot-pounds between 2,500 and 4,500 rpm, all fed to the rear wheels via a seven-speed PDK twin-clutch transmission and a 3.96 differential with electronically controlled limited-slip.

The 911 GT2 RS is not only immensely powerful, it is also light, scaling just 3,241 pounds at the curb, thanks to thoughtful use of carbon fiber, including the roof panel, front lid—part of the optional $18,000 Weissach Package—and even its front and rear anti-roll bars and their associated linkage.

This striking example, finished in white over an Alcantara-and-leather interior with platinum grey stitching, was ordered by an Illinois collector. The car is believed to be the last allocated to the US market. Most notably, the car was selected with the highly desirable Weissach package, featuring extensive carbon-fiber trim and lightweight components. Moreover, the car’s exterior features the stylish light design package and the extremely practical front-axle lift system. Further, the car rides on menacing satin black wheels.

The 2019 GT2 RS has been called the flagship of Porsche’s stable of extreme high-performance road cars. It is believed that Porsche intended to manufacture only 1,000 units for 2018 and 2019, but strong demand pushed that total to about 2,500 worldwide. Displaying less than 35 miles, this GT2 RS is set to remain a top contender for sports cars in the years to come and would make a fine addition to any collection. 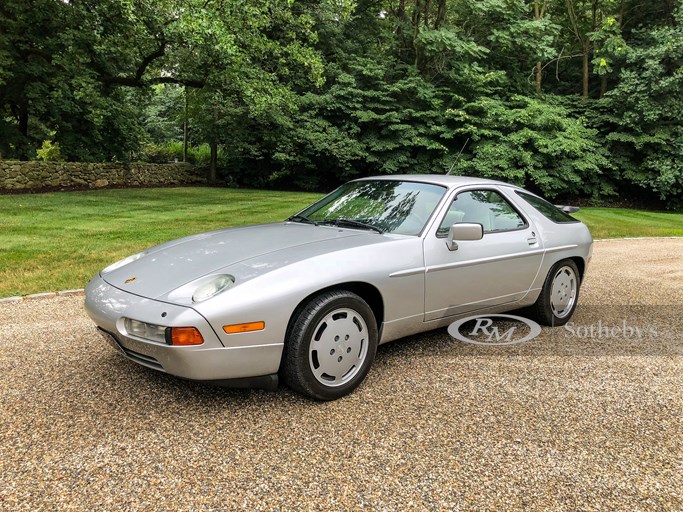