Among the most beautiful body styles fitted to the Sixth Series Packard Deluxe Eight chassis was the dual-cowl sport phaeton, a Raymond Dietrich design on the 145-inch-wheelbase 645 platform. The sport phaeton featured almost perfect proportions, with a relatively low beltline and folded top stack creating smooth, fleet lines, and has become one of the most iconic early Full Classics.

The example offered here is believed to retain its original chassis, engine, and coachwork. It was acquired by the current owner in Texas, where it had formerly been owned by Packard collector Cal C. Banker of Shavano Park. Mr. Banker reportedly acquired the car from an estate in Burbank, California. The restoration was completed by Adams Custom Engines of Sparks, Nevada, a well-known firm operated by a former Harrah’s restorer, and had received Senior Premier honors in Classic Car Club of America judging in 2002, with a score of 99.75 points. In 2018 the Packard enjoyed a very successful concours season, including an Amelia Award in the American Classic Pre-1930 class at the Amelia Island Concours d’Elegance; a Palmetto Award in its class at Hilton Head; Best in Class at Lake Mirror; and Chairman’s Choice at Ault Park.

The car is equipped with many of the most desirable options and accessories, including chrome wire wheels, dual side-mounted spares, a radiator stone guard, the classic “Daphne at the Well” radiator mascot, and steerable Pilot Ray driving lights. It is also complete with a trunk with three suitcases and a set of side curtains. Beautifully detailed and finely presented throughout, it retains a beautiful finish and interior, and would still be ready for continued concours appearances with its new caretaker.

This may be the finest Deluxe Eight sport phaeton presently available and certainly one of the most attractively restored. It is an exceptional Packard in every way and deserving of future accolades. 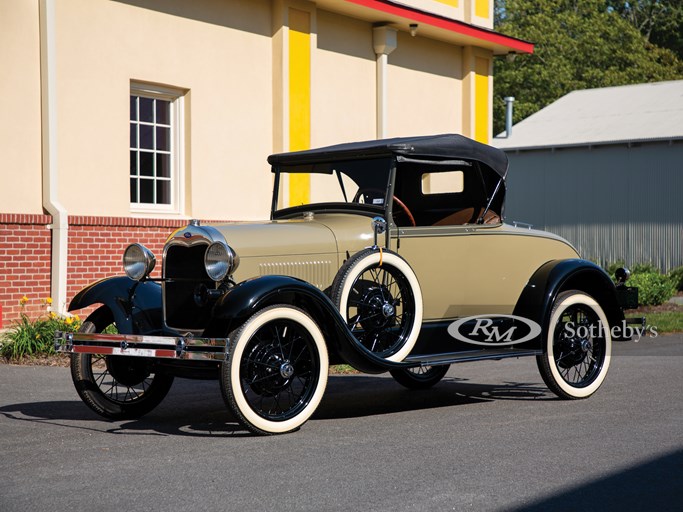 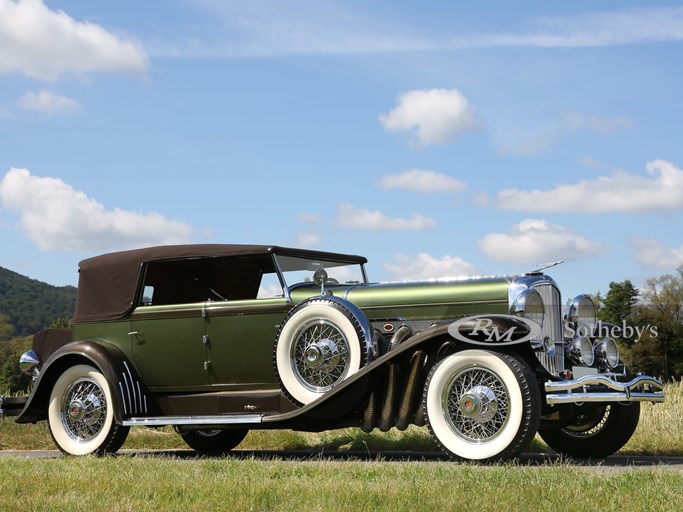 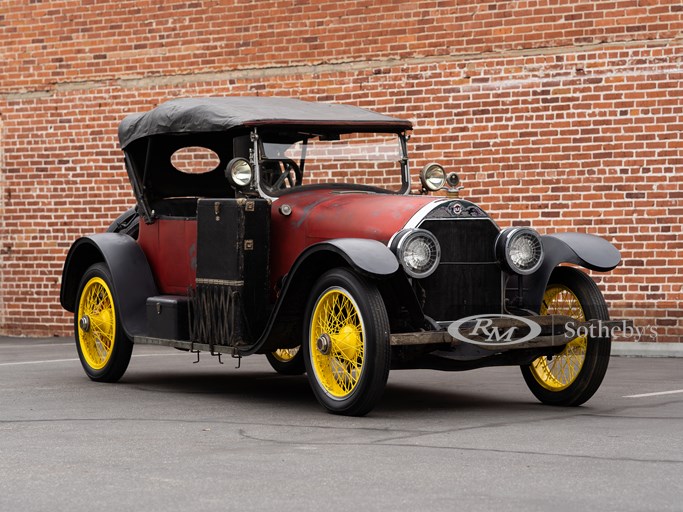