This is a Fisher Cadillac. Taken at face value, it is one of as many hundreds of thousands of Cadillacs produced since the 1920s that have carried the famous Fisher carriage badge on their coachwork.

This car, however, is truly a Fisher Cadillac—as its original owner was William A. Fisher, the last of the famous Fisher Brothers to join the family business, onetime president of Fisher Body, and true Motor City royalty. Remaining in the history file is the original Owner Service Policy made out in the name of W. A. Fisher at the address of his palatial home at 1791 Wellesley Drive in Detroit, with a delivery date of 8 March 1955. Build records show that the car had “factory” delivery and that it was originally finished in Black with an Alabaster roof, as it sits today, and was equipped with the “Super Hp.” engine ordinarily specified for Eldorados.

The Cadillac is believed to have been acquired from Mr. Fisher by George B. Judson of Palmer Woods, president of Detroit Wabeek Bank & Trust, forerunner of Comerica, and a onetime participant in Ford Motor Company’s acquisition of Lincoln during the early 1920s. Maintenance receipts on file record the regular work performed during Mr. Fisher’s ownership. The Cadillac was then acquired by Charles Nagler in 1974, following Mr. Judson’s passing, and has remained in the family collection now for 45 years. During that time it has enjoyed the excellent routine service typical of the Naglers, documented in an accompanying logbook, needing very little other than a new battery now and then, as well as the occasional tuning.

Still very original and with fewer than 68,500 miles recorded, this genuine “Fisher Cadillac” awaits a new owner who will appreciate and care for it as Todd, Peggy, and their family have. This is a special automobile that has always been a well-maintained car, enjoyed on the open road. 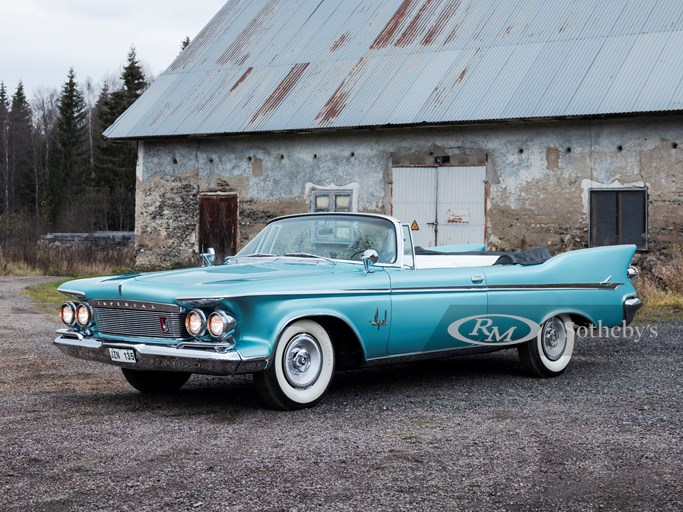