By war’s end, as Italy re-tooled for peace, Rivolta turned to the manufacture of motorcycles, scooters, and tricycles. Amongst these were the Furetto, the Isoscooter, and the Isocarro. By the 1960s, Rivolta embarked on performance car manufacture bringing in some of Italy’s top talent to create the car. Giotto Bizzarrini was brought on board for his engineering prowess. At the time, he was most well known for having served as Ferrari’s Chief Engineer and was a part of the development of the renowned 250 GTO. He would later work with Lamborghini developing the V-12 heart of the Miura, an engine that would remain in production in some form for over four decades. Giorgetto Giugiaro was brought on to design the car, with prior experience having worked for design houses Ghia and Bertone, the latter of which would be contracted to build the car’s coachwork. Together, this powerhouse of Italian automotive talent created the Iso Rivolta, which was introduced at the 1962 Torino Auto Show.

As a follow up, the Bizzarrini-Giugiaro-Bertone team came up with the Iso Grifo in 1963. The Grifo A3/L utilized Chevrolet power components and was considerably more streamlined than the Rivolta. It would later be joined by an A3/C competition version. The cars were driven by the Borg-Warner “top-loader” four-speed, also as used in the Corvette, although a five-speed ZF gearbox was offered late in the series. Production of the Iso Grifo continued into the late 1970s, by which time larger Ford V-8s became available. The cars featured a De Dion rear axle with inboard brakes, a design that reduced the unsprung weight compared to a traditional live axle and is considered an excellent alternative to an independent rear suspension. In all, just 413 Iso Grifos of all configurations were built.

This example was completed on 15 October 1968 and delivered new to its first owner in Italy. The car benefitted from a meticulous restoration and presents beautifully inside and out. The stunning fastback styling by Bertone is complemented by subtle exterior features, including a Talbot-style driver’s sideview mirror and Campagnolo center-lock wheels. The car is powered by a 350-hp, 327-cu. in. V-8 engine, and the engine bay is nicely detailed. As with other Italian cars of the era, under the hood features quilted diamond stitch insulation and sound deadening material. Power from the Corvette-derived engine is sent to a four-speed manual transmission and distributed through a 3:07.1 rear axle.

The interior is completed in tan leather with bucket seats and leather-wrapped center console. It features a wood-grain dashboard which houses Veglia Borletti instrumentation, a Kienzle clock, and a Becker Europa II AM/FM radio. A Nardi-Personal three-spoke, wood-rimmed steering wheel with Grifo center cap, completes the beautifully trimmed interior. Amenities include air conditioning, power windows, and power brakes. The owner states the brakes are on par with period Mercedes-Benz and Ferrari. A full-size spare can be found in the trunk.

According to an Iso Grifo registry publication, this example was once owned by Mark Goyette and later Randy Simon, the latter of which sold the car to its current owner.

Equipped with powerful Chevrolet Corvette engines capable of autostrada speeds upwards of 140 mph, the Iso Grifo at one time was one of the world’s fastest production cars. The Grifo’s American powertrain makes it relatively simple to work on, as parts are readily available, affordable to maintain, and easily modified. This unique blend of sleek Italian design and unrestrained American power make the Iso Grifo a highly sought-after and highly attractive collector car. 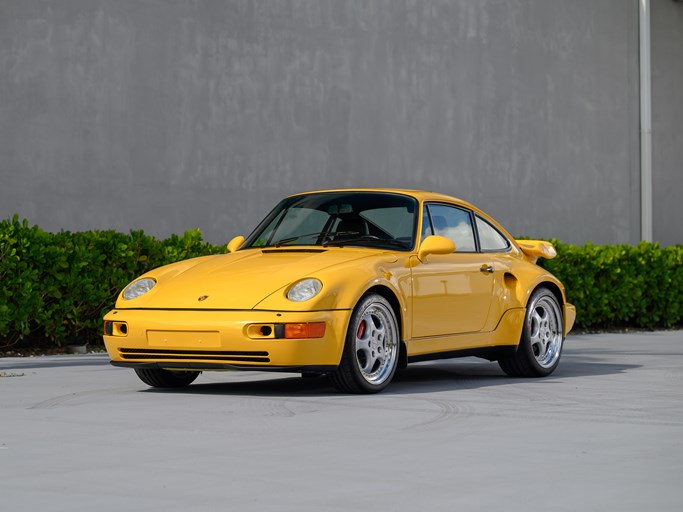