Please note that this lot is sold on a Bill of Sale.
Addendum: This lot includes a comprehensive spares package that can be collected from Gunnar Racing in West Palm Beach. Shipping will be at the buyer's expense. Please refer to an RM Sotheby's representative for additional information.

Lotus has never been shy about encouraging owners of its cars to enter them into competitive races. Just six years after Colin Chapman first opened the marque’s doors in an old stable behind a hotel in North London, Team Lotus was competing in Formula 1. With Sir Stirling Moss at the wheel of a Lotus 18 rushing through the streets of Monte Carlo in 1960, Lotus racked up its first of many Formula 1 victories.

The Lotus 25 and Jim Clark brought the marque into prominence by the mid-1960s when Team Lotus won its first World Constructors’ Championship. That success meant that barely a decade after Lotus was founded, it was able to take over a decommissioned Royal Air Force base near Hethel, England, for its headquarters, its assembly plant, and of course a test track that used part of the original runway.

A dramatic soap opera unfolded in Hethel over the course of the next five decades when it came to sports car development, but Team Lotus operated largely independently and placed some of racing’s most talented drivers on its roster in the 1960s and 1970s. Its black and gold John Player Special livery became synonymous with success. But it was Chapman’s insistence on innovation and a knack for signing the best drivers that kept Lotus on top, not its flashy livery.

Flash forward to the eve of the 2010 Paris Motor Show. Under the watch of then-CEO Danny Bahar, about a dozen of the brand’s faithful were whisked first to the automaker’s factory in Hethel for an indoctrination into Lotus’ illustrious racing past and then by private jet to the Louvre Museum in Paris. In the basement of the Louvre, Lotus unwrapped its latest project: the T125.

At first glance, the guests may have thought that Bahar was touting a new Formula 1 race car. With Moss and Takuma Sato present to talk about development of the T125, that assumption would not have been far off. Instead, however, Bahar envisioned something that harked back to Chapman’s earliest efforts at encouraging Lotus owners to take to the track. Bahar unveiled a private racing league that might also double as a development tool for team Lotus F1. Lotus called it the Exos Club and the roughly $1 million membership included use of a transporter and a veteran driver to serve as the coach.

The T125 was not shown to the public until January 2011, when F1 legend Jean Alesi helped unveil the racing car and the program to the public at the Autosport International race car show in Birmingham, England. Testing of the first completed car was undertaken at the Vallelunga Circuit in Italy, where the FIA allows Formula 1 teams to test their cars. The T125 makes use of Cosworth’s GP V-8, a 3.8-liter, 640-hp race engine capable of screaming to 11,000 rpm through a six-speed sequential transmission with a hand-operated clutch. The Cosworth V-8 is based on a 3.0-liter Indy racing design. Upsizing the engine made it more flexible and durable for capable drivers who do not necessarily have a Formula 1 background. Comprised primarily of carbon fiber and nomex, the T125 tips the scales at just 1,433 lbs.

Unlike an actual Formula 1 car, the T125 can be started by its driver at the press of a button. The automaker quoted a nearly 3,000-mile major service interval, something unimaginable to a Formula 1 team. Additionally, the T125’s cockpit is designed for a wider range of body types than the confining seating position of a true Formula 1 car. Alesi later helped shoehorn Top Gear’s Jeremy Clarkson into the T125 for a lap around the BBC show’s famous track. The presenter called it “an animal,” and a week later the program’s mysterious, white-clad pace-setter, The Stig, lapped the course in 1:03.8, about four seconds behind an actual F1 car a few years prior.

Ultimately, the T125 project proved too ambitious to get off the ground during a global recession. Just a handful were built, including the example offered here finished in its factory-option John Player Special-tribute livery. The T125 represents an audacious unrealized dream, and it is also a rare opportunity to acquire a car built nearly to Formula 1 specifications but for a broader audience. Furthermore, please refer to an RM Sotheby’s representative for a comprehensive list of spares and additional equipment that is included with the lot.

The T125 offered here was tested alongside a Porsche 962 at Florida’s Palm Beach International Raceway but has been largely unused and sits ready to be enjoyed as Bahar—and Chapman so many decades before him—would have wanted. 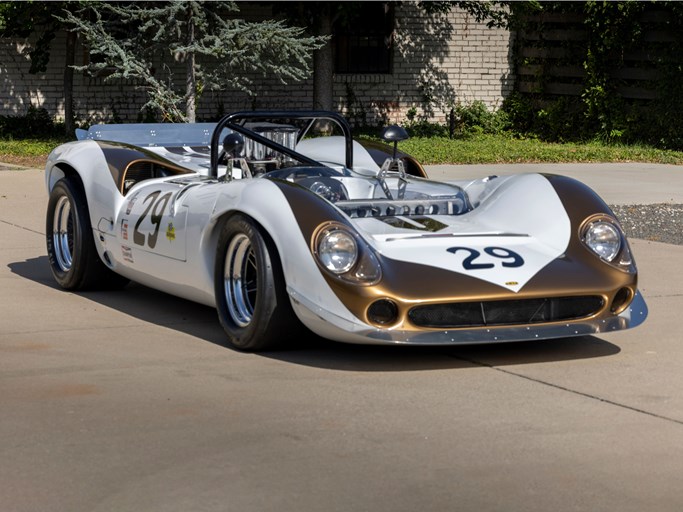