One of the four companies that merged to form the Auto Union, August Horch started his company in 1899 in Cologne, Germany. By 1934, August Horch was ousted, and the Great Depression had led to Germany’s leading car companies uniting as one. Horch, now minus its namesake, launched the Type 830 and the Type 850, which evolved into the top model Type 853.

Attempting to compete with sporting giants Mercedes-Benz, Horch designed the Type 853 in a long, low, and swoopy Spezial Roadster body. Made in two series, only five of the vehicles are known to survive, though it is believed that seven were made in total. Incredibly rare and jaw-droppingly gorgeous, it is easy to see why it was decided to recreate the stunning Spezial Roadster coachwork for this vehicle.

Chassis no. 853268 was purchased in Hungary in 2011 by Appel Klassiker (formerly Horch Classic). Unfortunately, the original body was lost to time, and there was no way of telling what type of coachwork had originally been fitted. Appel Klassiker started a comprehensive restoration in 2011 – taking thousands of working hours, it was not until 2017 when the Horch was deemed perfect.

The Horch chassis was cleaned, measured, and the metal checked for thickness and corrosion. Parts of the frame that showed either too much corrosion or were deemed too thin were replaced before being primed and painted. The wooden body frame was then constructed, with lots of trial fittings until the right shape and form had been achieved. Then the individual components of the metal body were fabricated and welded together.

From the start, careful consideration was given to not only achieve perfect harmony between the body color and interior, but also to arrive at a period-correct look for the car. Accordingly, a base color of silver metallic was chosen, which changes under different lighting conditions from pure silver to silver with a slight blue tinge. To emphasize the car’s flowing lines, a coach line was applied flowing through the mudguards, bonnet, doors, and the rear of the body.

The car’s interior was clad in high-quality black velour carpet, which was piped in the same red leather as was used for the seats. Contrasting edges used at the seats as well as for the cladding emphasize the very sporty look of the car. The dashboard has been covered with fine burl wood veneer that has been lacquered and polished to provide a mirror-like finish and harmonizes beautifully with the interior and exterior colors. All chromed parts were both prepared and re-chromed, or where necessary, newly fabricated and plated.

Crafted after extensive research in numerous archives and private sources, with a body constructed after careful examination of original factory photographs, this Horch Spezial Roadster Recreation is as close to original as one may ever get. Adored by the richest and most famous of the time, this would be the perfect automobile for anyone who appreciates the apex of ’30s design and beauty. 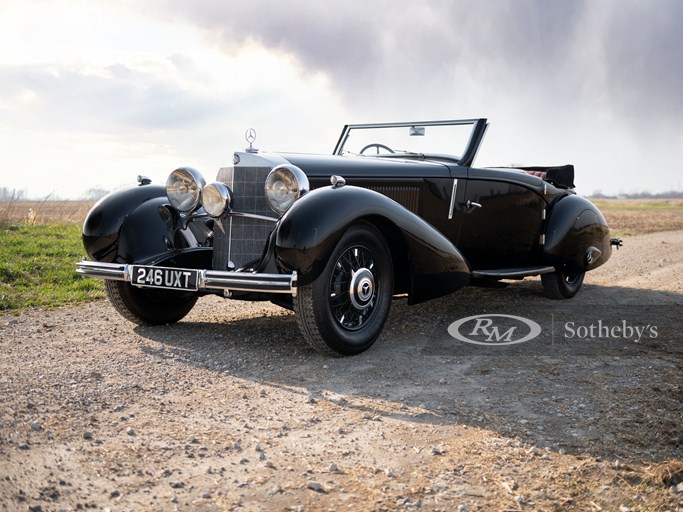 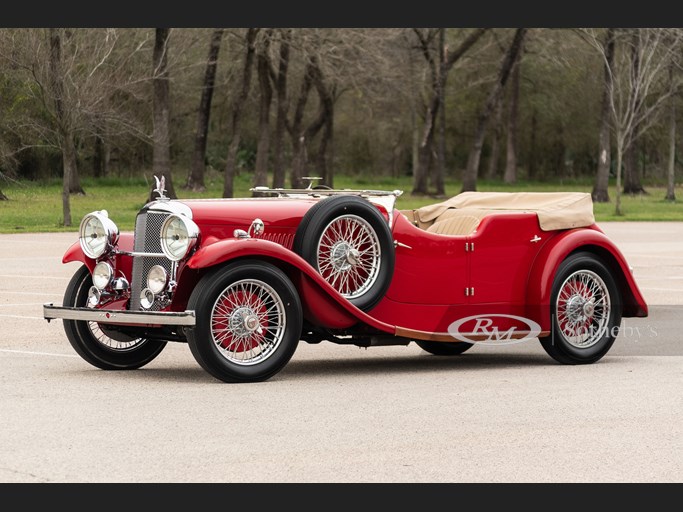 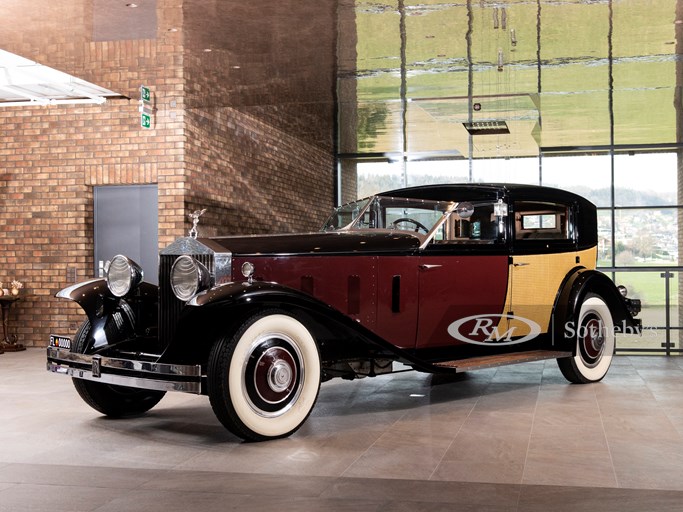