1952 Lancia Aurelia B52 Coupe by Vignale

Chassis No.
B52-1026
Engine No.
3113
Catalogue
Addendum: Please note that an import duty of 2.5% of the purchase price is payable on this lot if the buyer is a resident of the United States.

Developed as a replacement for the Lancia Aprilia, the Aurelia was introduced to the public at the Turin Motor Show in 1950. Produced in several body styles, it was the custom-bodied coachbuilt Aurelias that would truly stun.

First to arrive was the Aurelia B10 berlina, equipped with a 1,574-cc engine. Plagued with criticism of underperformance, Lancia soon replaced the four-door saloon with the B21. Visually, the models looked near identical; however, under the hood the B21 was equipped with a 1,991-cc V-6. In 1951, the two-door B20 GT coupe was announced. Designed by Boano from Ghia and produced by Pinin Farina, the sport coupe had a shortened wheelbase and was equipped with a tuned version of the B21 engine. A second series soon followed, with an improved instrument panel and a power output of 80 hp.

In 1952 the factory offered the B52 chassis, with a slight increase over the B21’s 2,860-mm wheelbase, and a 2.0-liter V-6. Offered only as a bare chassis, the B52 afforded the opportunity for those exacting clients to order a coachbuilt car to their demanding specifications.

Built for Count Christian Orssich de Slavetich, a close friend of King Peter II of Yugoslavia, chassis B52-1026 was sent to Carrozzeria Vignale. It is thought only five B52s were bodied by Vignale, and only one other in a similar specification – making this an incredibly rare beauty. As the Count spent much of his time in Switzerland, he registered the vehicle in Zurich on 17 August 1954 – as noted by documentation in the history file. Previous sale records note that he then sold the vehicle in 1960, although the successive ownership is unclear until the 1990s. At that time, the B52 underwent a complete restoration at KCA in Milan before being sent to the U.S. Beautifully restored at the time, the Lancia Aurelia was a consistent show-winner through the 1990s – including a class win at the 1995 Pebble Beach Concours d’Elegance.

Chassis 1026 then became a part of the well-known Blackhawk Collection, a testament to its rarity and award-winning presentation. In 2014, the Lancia Aurelia was sold and returned to its homeland of Switzerland. Invoices on file show that the current owner has maintained the B52 throughout the years, with work done to replace spark plugs, clean fuel lines, and maintain the brakes, as needed.

Not shown at a major concours for over a decade, this Lancia Aurelia B52 Vignale coupe would certainly impress any jury lucky enough to inspect it. 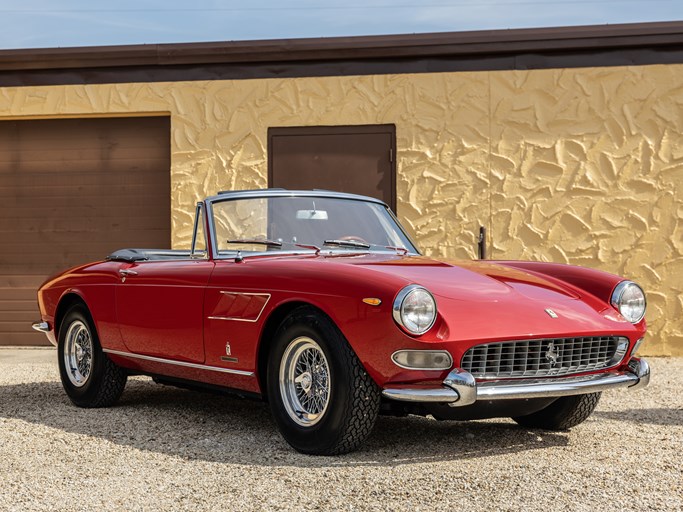