Bruce Meyers sparked a cultural phenomenon when he introduced the world to the Manx dune buggy in 1964. Using his own background as both an avid surfer, along with expertise in fiberglass construction thanks to boat-building experience, Meyers set out to improve upon the era's crude "water pumper" buggies. These homebuilt machines were often little more than bare chassis rails, minus any meaningful bodywork, with two seats and an engine strapped to them.

Meyers settled on using the omnipresent - and inexpensive - Volkswagen Beetle floor-pan and powertrain as a basis for his sun-loving automotive vision. The Manx was agile, highly tunable, and simple to modify. They were also highly effective off-road racers, capable of humbling the competition in desert racing.

In total, approximately 7,000 Manx dune buggies were produced from 1964-1971. The seemingly overnight popularity of the Manx indirectly led to the downfall of the company. As other firms rushed to replicate the design and layout, hundreds of thousands of Manx-style buggies soon flooded the market. Over the course of only a few short years, these lightweight and rugged machines cemented themselves as integral parts of 1960s pop culture, along with the surfing scene of Southern California. Only a select few collectors can lay claim to owning an original Manx, however.

This example is finished in an eye-catching combination of olive green with tan leather interior. The exterior color is borrowed from none other than Toyota's off-road legend, the FJ40 Land Cruiser. Subject to a ground-up restoration in San Francisco, it comes with a Meyers Manx registry authentication plaque, identifying it as "#0461."

A fiberglass hardtop offers respite from the rain, or the sun's harsh rays after a long day beachside. The 2+2 layout delivers a surprising amount of room for four adults, while the Porsche center-cap wheels add a nostalgic twist onto this already winsome runabout. 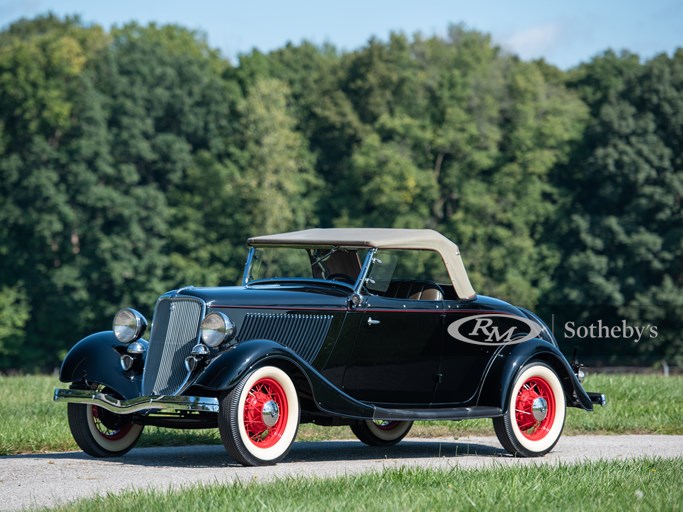