Originally established in 1913, Aston Martin had, by the 1930s, survived bankruptcy to build some of the finest British sports cars. Now operating as Aston Martin Ltd., of Feltham, Middlesex, the company was helmed by Italian technician Cesare Bertelli, who designed a new model with a 1½-liter four-cylinder engine, available on two lengths of chassis and with several varieties of sporting bodywork. The 1½-Litre did not sell rapidly, or in large numbers, but the few that were built proved hugely successful in competition, including in such prestigious events as the French Grand Prix at Le Mans.

Factory records from the Aston Martin Heritage Trust confirm that this example, chassis no. F4/455/S, was originally delivered with this "two/four-passenger" Sports body to a Mr. Hadfield, of Watford in the UK, finished in black with a red leather interior. A few years later it moved north, to a Mr. Garner of Sutton Coldfield.

Eventually the car came to the U.S. and was purchased by the famed and immense Harrah's Automobile Collection of Sparks, Nevada. In the mid-1960s, Bill Harrah arranged the sale of the car to a longtime friend and occasional Harrah's Club headliner, for whom the collection's shops eventually completed a beautiful restoration in a rich auburn hue. The Aston was subsequently on "permanent loan" to Harrah's Automobile Collection, displayed amongst the other fine Classics, until the collection was closed in the early 1980s. It then moved to the owner's East Coast collection, and there remained until its sale several years ago.

Close inspection shows that the car's restoration has aged well and consistently, with only a light patina and many of the finishes remaining in fine condition; it retains its original, numbers-matching engine, as well as many desirable period details.

This is a wonderful example of one of the most iconic pre-war British automobiles, with a rich history and quality presentation. 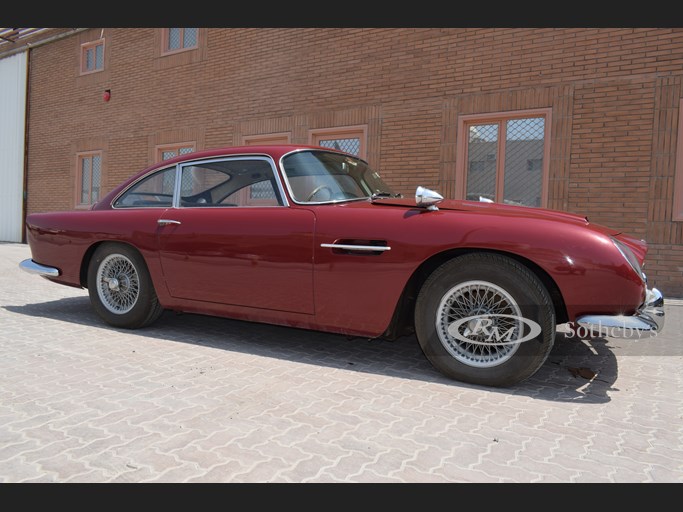