The history of this genuine Packard Custom Eight sport phaeton is known back to the 1950s, when it was owned by early New York Packard collector, Owen Fraking. He was a noted enthusiast whose mechanical expertise with his favorite marque was well known on the East Coast. Fraking maintained the Packard for decades before his passing in 2000, after which it was sold to enthusiasts in Connecticut.

A Canadian collector purchased the car in 2007 and set about having it restored to its original condition, a laborious process taking over two years to complete. As part of this work, the body was removed, the chassis disassembled to the last nut and bolt, and the frame itself sandblasted, primed, and refinished, with no repairs being found necessary. The suspension, steering, and braking systems were similarly fully disassembled, then carefully rebuilt. The car was finished in its striking color scheme, black with a bright green chassis and undercarriage, and a black interior and canvas top.

Accessories include painted disc wheels, a radiator stone guard, and the classic "Adonis at the Well" radiator mascot, as well as the rear-mounted spare, an original fixture with its correct hardware still in place, including the two-piece rear bumper and carrying bracket. Similarly, the rear cowl still carries its original label tags from the factory's supplier, the Tonneau Shield Company, Inc., of New York.

With the restoration at last completed, in 2009 the car appeared at the Pebble Beach Concours d'Elegance, completing the tour and being well received on the show field. The following year it was added to James F. Scott's distinguished private collection, and there it has remained for the eight years since. Overall fit and finish remain splendid, and the car would need little to continue to show successfully at other events and concours d'elegance, or to enter into AACA and CCCA judging.

Arguably one of the most beautiful and iconic body styles from one of Packard's ultimate years, this car is a standout in the Scott collection and will continue to be so in its next owner's stable. 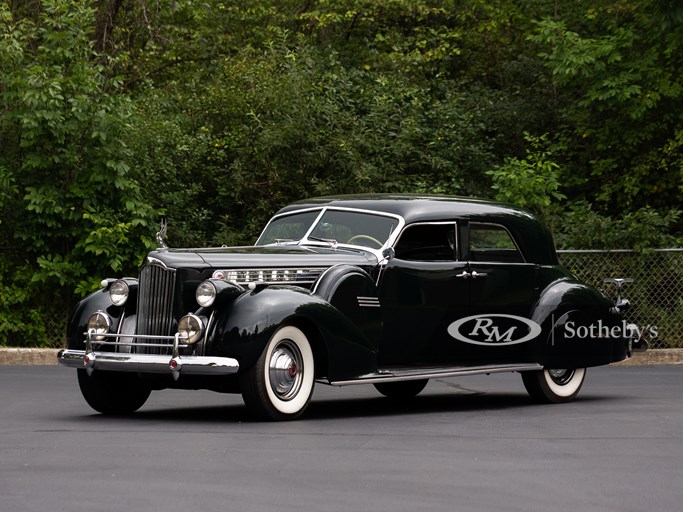 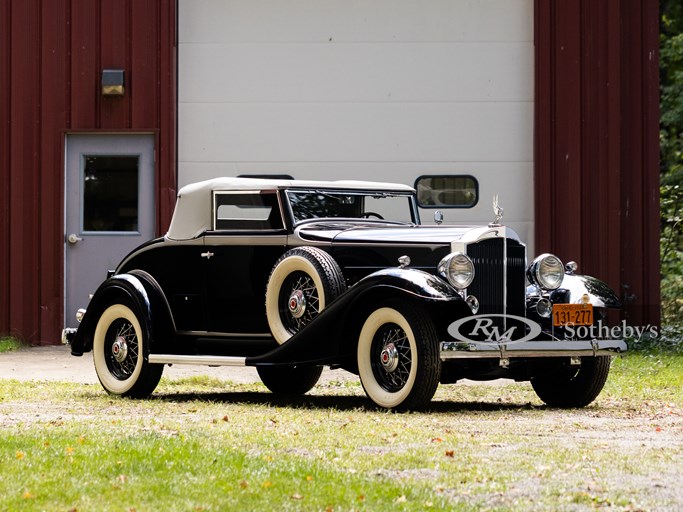