With the Morris Minor firmly ensconced as an icon of 1950s-’60s British motoring, it is easy to forget just how revolutionary the model was at its introduction. Rack-and-pinion steering and torsion bar independent front suspension were incredibly forward-thinking for a family sedan in 1948. The fact that the Minor remained in production for more than two decades made them seem commonplace. In fact, the car’s designer, the talented Alec Issigonis – also the father of the Mini – had intended it to be even more remarkable, with a horizontally opposed engine. An existing L-head unit from the Morris 8 was used instead.

Saloon, open tourer, and estate car variants were offered, the latter, a wood side-trimmed car named the Traveller, becoming perhaps the favorite. The most significant change in specification occurred in 1952, when the Morris merger with Austin made the new “A-series” overhead valve engine of the Austin A30 available. Although of smaller displacement, the new engine developed more power and would prove incredibly long-lived.

The Dark Green Traveller offered here features beautifully and correctly restored woodwork, with a wonderful fit and finish, and equally charming paintwork with a rich shine. Its engine compartment appears very clean and attractive, and it has been upgraded with the addition of dual carburetors. The interior is upholstered in black and brown cloth, with comfortable seating for two people in front of the simply designed dashboard, underneath which a bank of additional oil, water, and ammeter gauges have been installed for comfortable everyday use. The odometer records 87,156 miles at the time of cataloguing. Proper badging is found throughout, with all of the script attractively plated.

One of the most attractive Travellers that RM Sotheby’s has had the pleasure of offering, this thoroughly appealing little automobile would be a pleasurable family picnic vehicle, and popular wherever it ventures. 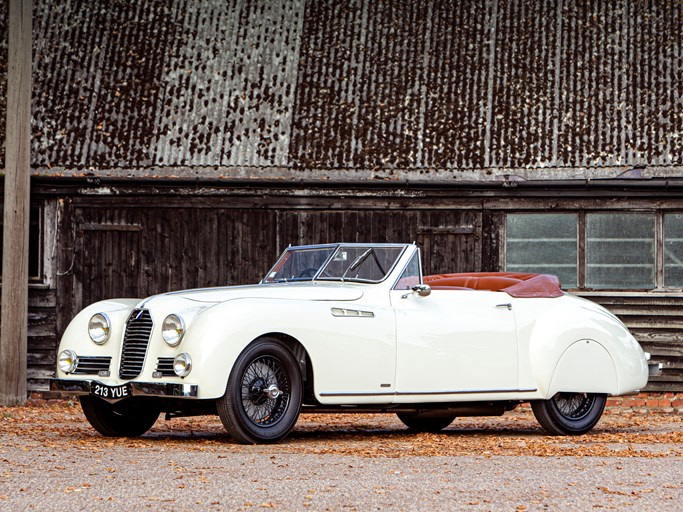