French manufacturer Amilcar gained early fame for its voiturettes, tiny lightweight racing cars that enjoyed remarkable success throughout Europe. The design evolved through the 1930s, ending at the gorgeous Type G36 Pegasé, first shown at the 1936 Paris Motor Show, which was powered by a twin-cam 2.7-liter four-cylinder engine. Only four of this model were produced, two of which were roadsters that featured a sleek, tapered “boattail,” the so-called Racer or Grand Sport model. These were both displayed at shows and concours d’elegance throughout France, with much success.

The car offered here was constructed at least two decades ago in France, as a handsome tribute to those sleek voiturettes of the past, combining sporty equipment from various eras into one beautiful machine. Its four-cylinder engine is from a Talbot-Lago T14LS, and the four-speed transmission is believed to have been sourced from an Alfa Romeo. The modified chassis incorporates original 1930s components and is equipped with modern hydraulic brakes, for requisite stopping power.

All of this is wrapped in bodywork that has long been attributed to the designs of Figoni et Falaschi, but to some, it is more reminiscent of the fashionable Auburn bodies built in Indiana. The flowing, tapered curve of the boattail is echoed in the rear fenders, which are edged with chrome trim, and features thrusting pontoons shrouding the front wheels—another inspiration borrowed from the 1935 Auburn Speedster. Even the “moustache” bumpers recall those of Salon model Auburns. Yet, the car has the appealing delicacy of detail that could only come from the French: sliding vertical hood props, lovely chromed door latches, and a folding hook with which to lift the convertible top.

The interior is upholstered in thick black leather, in body-hugging contoured curves, and the body is finished in the rich Figoni color of Andalouse Red, which is set off by chrome wire wheels that are appealingly shod in blackwall tires. Throughout, the car shows only the lightest of wear, as it has been driven just 1,059 miles since its well-preserved restoration.

The car is very well known in the collector car community, having been acquired in the early 1990s from the estate of Paul Myers by the renowned businessman, enthusiast, philanthropist, and friend to many, Malcolm S. Pray Jr. Mr. Pray was known to consider the Amilcar a favorite in his large collection, likely for its breathtaking design, and enjoyed showing it at concours d’elegance all over North America, including Greenwich and Meadowbrook, for two decades.

Following Mr. Pray’s passing, the Racer Grand Sport was sold in 2014 to Orin Smith, since which time Mr. Smith is known to have shown it only once. It was awarded a trophy for Excellence in Class at the 2015 Classic Sports Sunday at the Cavallino Classic in Palm Beach, Florida, for its showstopping elegance and has remained a favorite in his distinguished collection ever since.

During the 1950s, American enthusiasts assembled the finest performance components and their own design into objects of a new folk art: the hot rod. Offered here is, shall we say, “le barre chaud,” a sporting roadster with coachbuilt stylishness, as only the French can create. 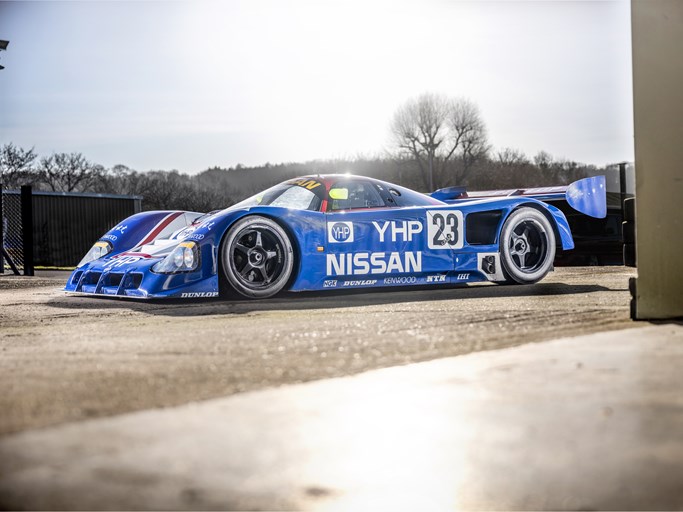