The ultimate Duesenberg bore the powerplant that is famously referred to today by enthusiasts as “SJ.” The legendary Model J engine was fitted with a centrifugal supercharger, which, under constant engagement, produced music to the ear of the Duesenberg enthusiast, as well as an additional 60 horsepower. That made the final brake horsepower of an SJ Duesenberg that was equipped with a single carburetor something near 320 horsepower, allowing it to reach ever nearer to a top speed of 140 mph, which was over 20 mph faster than a naturally aspirated example.

Especially rare were SJs built on the long 153½-inch wheelbase chassis. The car shown here, chassis number 2515 and engine number J-494, is among those, and it is the only SJ that was built with this Convertible Sedan body by LeBaron. The LeBaron design is noteworthy among large Convertible Sedans of its era, as it looks equally attractive with the top either up or down. With the top up and its division glass, it is an elegant sedan for city use. With the top down, it is ready for flying down open country roads, and it takes on the appearance of an open phaeton.

The original owner of the supercharged LeBaron was Edith Ludwig, a member of the Cudahy meatpacking family, which had vast interests in expanding from Wisconsin to California in the early 20th century. Mrs. Ludwig took delivery of her Duesenberg in October 1934, and it is believed that she retained it for nearly a decade.

In 1938, during Mrs. Ludwig’s ownership, the car appeared in Out West with the Hardys, an installment of the popular film series that featured Mickey Rooney as charming teenager Andy Hardy. It appears briefly, early in the film, delivering the Hardy family to their friends’ ranch.

The Duesenberg eventually passed to Art Kiel, of Los Angeles, and it would spend the next two decades being traded among enthusiasts in California. These owners included C.W. Hammer, of Burbank, in whose ownership it was pictured in J.L. Elbert’s The Mightiest American Motor Car, and the well-known early collector Ray Nelson. It eventually made its way east and was then acquired by Model J guru Jim Hoe, of Connecticut, who sold it to Paul Polk, of New York.

In Mr. Polk’s ownership, the Duesenberg was restored by the very best people in the business at the time. A complete mechanical overhaul was performed by Hoe’s skilled hands, while the body and interior were beautifully refinished by a renowned craftsman, the late Gus Reuter. Polk loaned the freshly finished Duesenberg out to his good friend, renowned automotive writer Ken W. Purdy, for breaking-in.

It was during this time that Mr. Purdy was writing what would become a famed article on Duesenberg, for the first issue, Volume 1, Number 1, of Automobile Quarterly, which was published in 1962. Purdy’s experiences driving the Duesenberg would be exhaustively featured and discussed, such as, “I have driven a number of other Duesenbergs, but [I] know the Polk car best, and like it best.” It is worth noting that, in that article, Mr. Purdy makes mention of an engine change, but Duesenberg experts presently agree that only the crankshaft of the car was changed, which was a common modification in Duesenberg rebuilds over the years.

The car was sold in 1964 to Edmund Lynch Jr., son of the co-founder of Merrill-Lynch. Mr. Lynch’s father had owned a Model J earlier, and the young Lynch was so impressed with the car that he vowed to one day own one for himself. That dream was finally achieved with the purchase of this SJ, which Mr. Lynch would keep for the next 20 years, becoming its longest-term caretaker.

In 1984, Lynch sold the Duesenberg and a Brewster-Ford to Ethan Allen Turner, a well-known enthusiast and past president of the Auburn Cord Duesenberg Club. Thrilled to acquire the car, Mr. Turner used the Duesenberg to participate in numerous ACD Club events, later fondly recalling mountain road “races” with other Model Js during the annual East Coast Meet.

The Duesenberg next passed to Michael Calore, of Exeter, Rhode Island, in whose hands it was restored to its present condition. The body was refinished in a rich maroon and the interior in a beautiful maroon leather, which was shaded by a tan canvas top under a matching boot. Under the hood, the Model J engine, absent of its original supercharger, was refitted with a new “blower.” An improved dual-carburetor Walthers unit, essentially a reproduction of what was fitted to the famous Mormon Meteor, was installed. It remains on the car today, and it provides nearly 400 horsepower, making this an exceptionally “hot” Duesenberg.

This car was acquired by its present owner over a decade ago, and it has been well maintained while in his collection, making only occasional show appearances. In 2010, it was displayed at both the Pebble Beach Concours d’Elegance and the Auburn Cord Duesenberg Club’s Annual Reunion, followed by the Amelia Island Concours d’Elegance the following year. The car has continued to garner much attention whenever it is shown; a testament to the beauty of its original design, the quality of its restoration, and the care given to it over the passing years. The car has recently been serviced, and it has absolutely outstanding performance, running smoothly, quickly, and beautifully, with smooth shifts and everything working as it did originally. In the words of an RM specialist, “It does everything that you want it to do.”

Few and far between are the Duesenbergs that were supercharged when new. Offered here is the only SJ chassis to have carried this elegant LeBaron coachwork, resulting in a combination of top-down formality, top-down flair, and boisterous performance that is unlikely to ever be seen again. 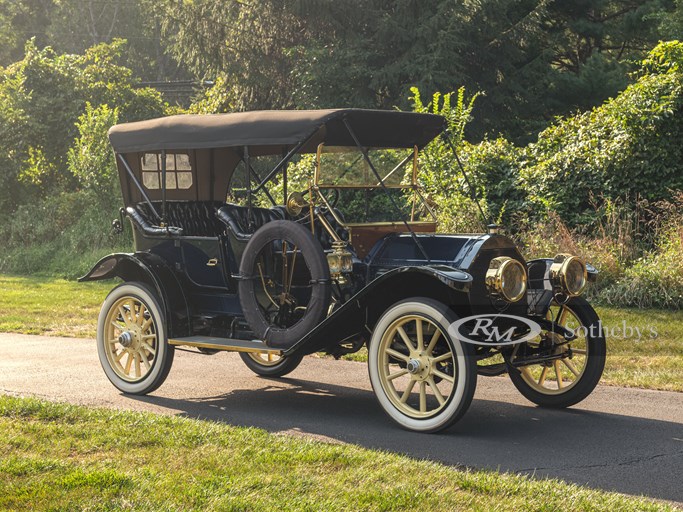