Rolls-Royce acquired Bentley Motors from W.O. Bentley in 1931, with the promise to continue building Bentley automobiles. It was easier said than done, as the company struggled for two years to build a sporting car that would attract new buyers. The personal notes of the works manager, E.W. Hives, at the factory in Crewe (Derbyshire), record the tall order: “Answer to the moods of the driver…be driven fast with safety, or will tour without fuss and noise…maximum speed should not be obtained at the expense of acceleration…controls, steering, and brakes shall be light to operate, and the braking shall be adequate for a fast car…maximum speed of the car on the road should be 90 mph, 75 mph in third gear…”

The original “Derby Bentley” was the 3-1/2-Liter, which was based upon the Rolls-Royce 20/25 chassis but with a high-performance engine with crossflow head, twin SU carburetors, higher compression ratio, and a re-profiled camshaft. In 1936, this engine was increased to 4-1/4 liters by using the new 25/30 Rolls-Royce engine, and as a result, the silky smooth “silent sports car” finally found its niche, even in the waning days of the Great Depression.

In recent years, these “Derby Bentleys” have come into favor with collectors, as few pre-war cars offer more graceful coachwork or more fun while behind the wheel. Bentley enthusiasts recognize that the quality of a Derby Bentley is on par with Rolls-Royce, and the 4-1/4-Liter provides brisk acceleration, responsive handling, and a top speed above 90 mph, making it an ideal tour car. Especially appealing are open cars, such as the all-weather tourer offered here, chassis B137LE.

B137LE is an “LE”-specification chassis, one of only 100 produced. While top speed is not as high as the later “LX” Series cars, which were equipped with overdrive, many enthusiasts prefer the LE, as the gears are spaced more tightly together, making the car considerably more comfortable to drive at speeds below 50 mph.

Original owner J.T. Johnson had the chassis delivered to Thrupp & Maberly for the bodywork, a four-door, four-passenger convertible tourer with a fabric top that lies neatly when folded for a clean and sporting appearance and the beautiful interior fitments for which this coachbuilder was noted. Johnson accepted delivery in June 1939, as the skies over Europe darkened.

Today, B137LE retains its original bodywork, chassis, and engine, and it is a truly documented “numbers-matching” car, complete with a side-mounted Continental touring spare and finished in period-correct deep blue over black, with blue leather upholstery and walnut trim. Adding additional flair are the imposing headlamps, driving lamp, and accessory horn, as well as a nearly complete tool kit, providing all the necessities for spirited silent motoring. The car is pictured in all its glory on page 113 of the definitive Bentley volume, All The Pre-War Bentleys – As New, by Stanley Sedgwick, and on page 201 of Bentley: Fifty Years of the Marque by Johnnie Green. The older, correct restoration was recently cosmetically and mechanically freshened by the noted firm of David L. George Coachworks. 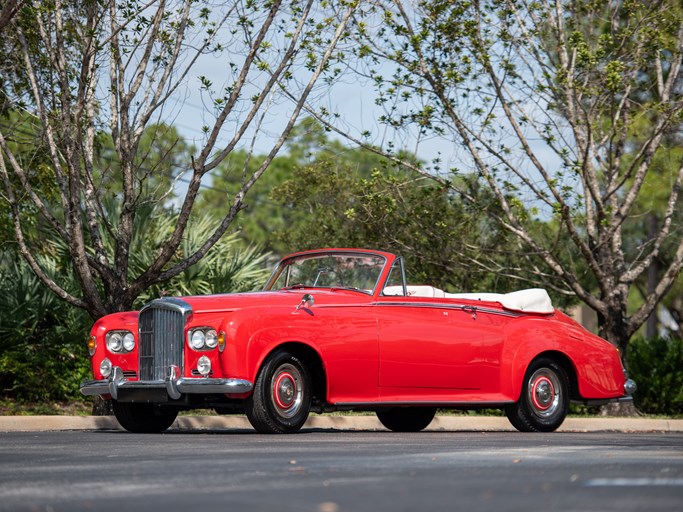 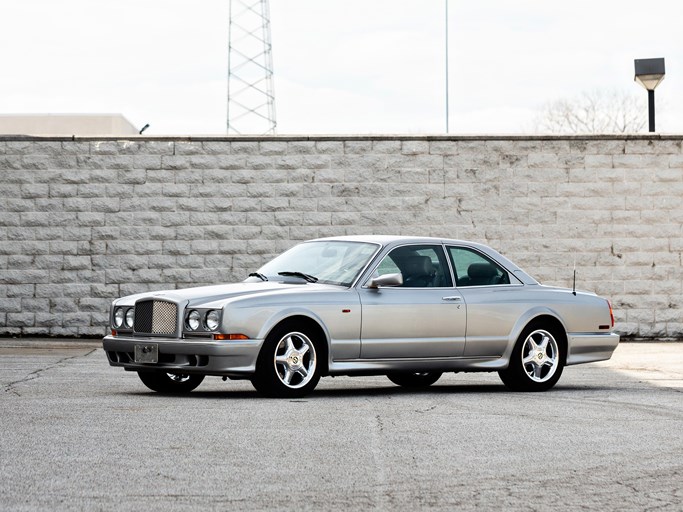 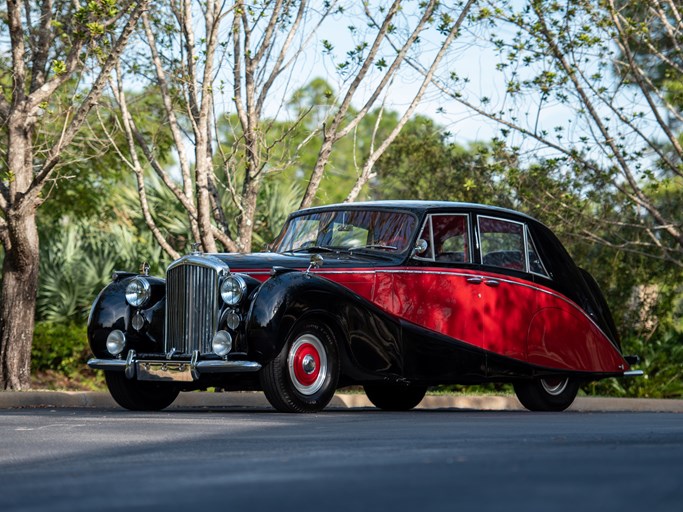 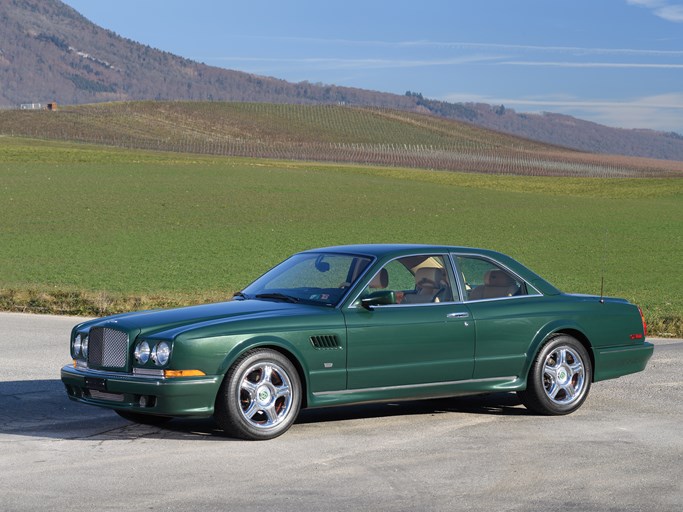