The 1959 Cadillac Eldorado Biarritz was a car of superlatives: The top-of-the-line open-air offering from America’s reigning luxury champion, the Eldorado Biarritz was powered by Cadillac’s most powerful V-8, came loaded with an enviable slate of standard features, and possessed some of the era’s most exciting styling. In fact, the 1959 Eldorado Biarritz is said to sport the tallest tailfins ever fitted to a production car. As the marque’s convertible flagship, each example of the model came very well equipped; power brakes and power steering were standard, as were power windows, vent windows, seat, door locks, and remote trunk release.

The Eldorado Biarritz’s $7,401 price tag contributed to its exclusivity; a mere 1,320 were built for 1959. Owing to their stately presence, vast suite of amenities, and low production volume---the 1959 Biarritz examples are among the most sought-after post-war offerings from the marque’s catalog.

This 1959 model offered here is a remarkable example which benefits from an older restoration and long-term ownership by the same family since 1982. The car is presently finished in its stunning and factory-correct Argyle Blue Metallic exterior over white leather upholstery and a white convertible top. At the time of the car’s previous restoration during the mid-eighties, the 390 cu. in. V-8 engine was reportedly rebuilt; it is fed by a trio of dual-barrel carburetors and paired to its correct “HydraMatic” automatic transmission.

In addition to its full complement of power amenities, this particular Biarritz was nicely optioned with air conditioning and Autronic Eye dimming headlights. Additional factory equipment includes a WonderBar radio, clock, and matching parade boot. While air suspension was standard on the model, this example has since been converted to a more conventional coil spring setup (a common practice to improve reliability).

This Eldorado Biarritz is presently accompanied by a set of manuals, photo album, spare radio, spare wheel, jack, and aforementioned parade boot. For many, the 1959 Cadillac represents the peak of American industrial design in its era. The Eldorado Biarritz is the most desirable among its ranks. Offered here is a car that is beautifully restored and properly presented in its factory-correct color combination and fresh-to-market from nearly 40 years of dedicated ownership by the same family. 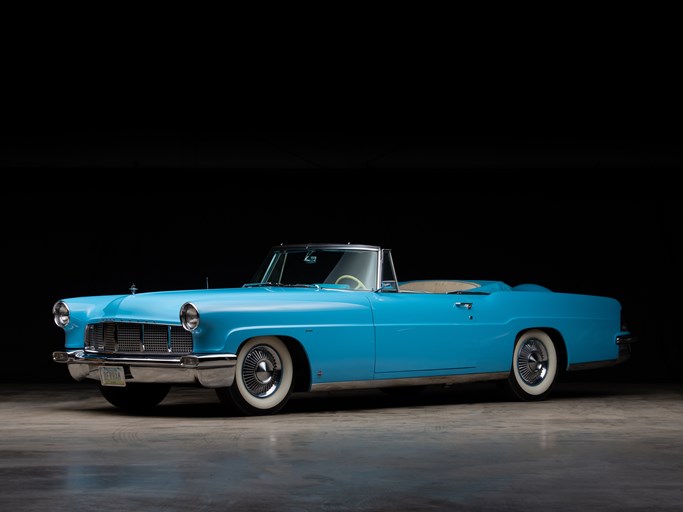