For 1932, Plymouth offered a wide array of body styles, including five open models that included the Business Roadster, Sport roadster, Phaeton, Convertible Sedan, and Convertible Coupe—like this particular car. They exhibited beautifully proportioned styling; the general perception of the day was that the PB looked upmarket compared to most other four-cylinder cars of the era. Engine improvements and high-compression cylinder heads gave the car abundant performance. The headlights and radiator shell were presented with a chromed finish, further adding to the smart overall styling. Reliable sources indicate that this was the pinnacle of Plymouth four-cylinder production, and with that has become the most collectable of the four-cylinder models today.

This example was frame-off restored in 1985 and the award-winning older restoration remains appealing in its cream and burgundy color combination. The interior is maroon leather and the wire wheels are red, contributing to this nicely coordinated presentation. The Plymouth is driven by a 196 cubic inch, 65 horsepower inline four-cylinder engine that is matched to a three-speed manual transmission. Among the other desirable features are dual sidemounts with leather strapped mirrors, rumble seat to double the number of passengers, luggage rack, whitewall tires, and radiator ornament.

The Plymouth was formerly part of the respected collection of the late John O’Quinn. It was the recipient of an AACA National First Prize Award in 1985. A modest 4,853 PB Convertible Coupes were built in 1932; the number that has survived is thought to be considerably fewer, making this example all the more appealing. 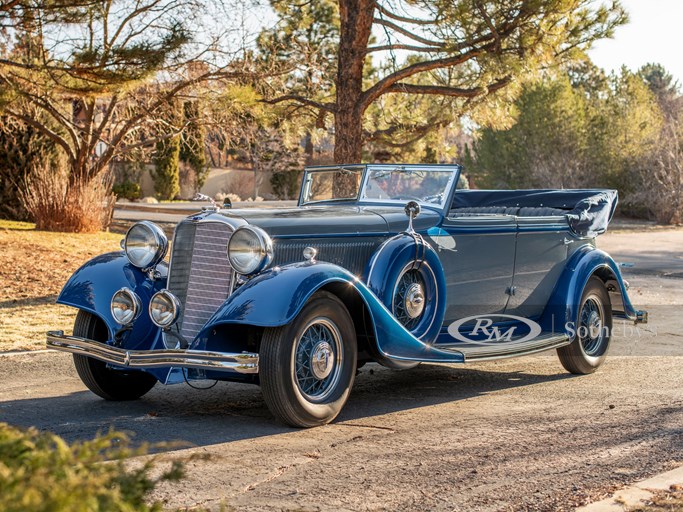 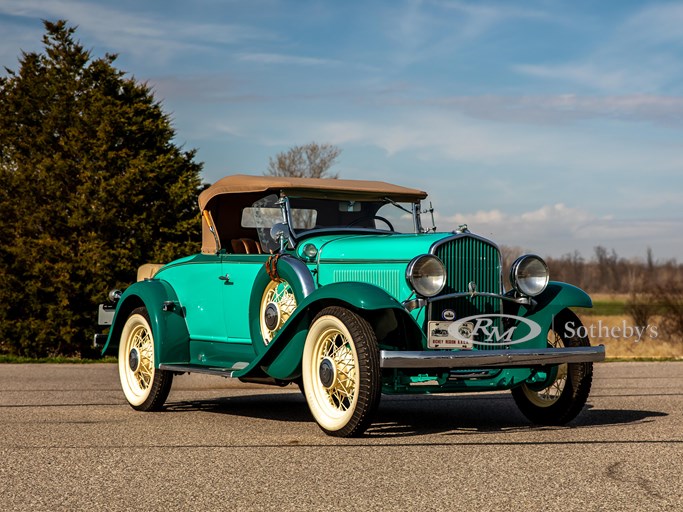