According to the JDHT Certificate included with the car, this immaculate XK 150 Fixed Head Coupe was completed on 9 June 1958 and shipped to Jaguar Cars in New York City in July of the same year. As with many imported European cars at the time, it was titled by the following model year, 1959. The current owner reports, based upon anecdotal information, that the car was sold to a buyer in California, then to a gentleman in Louisiana, where it was fully restored in 2005 and completely repainted in model-proper Jaguar Satin Black in 2014.

Since the car was acquired two years ago, it has reportedly been driven fewer than 100 miles. The XK 150 is equipped with five factory knock-off wire wheels, including the spare, and rides on period-correct Coker Classic blackwall bias tires. The all-red interior is pristine, with the leather seats, carpets, headliner, door panels, and leather-trimmed instrument panel all meticulously cared for. The surprisingly spacious boot has a protective red liner and stores a complete tool kit with a Thor hammer. Owner’s manuals are also included. 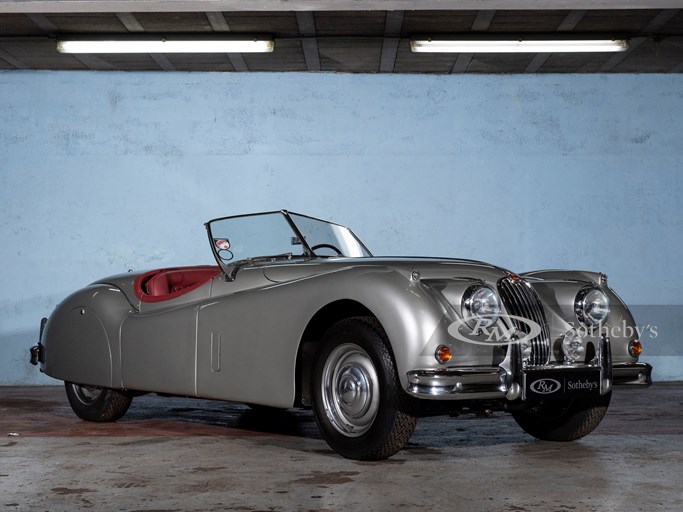