“All different, all over,” the third generation Corvette was introduced in 1968 and although the chassis and powertrain differed minimally from the 1967 model, the new body was a major step forward. Where the mid-years were marked by the Sting Rays horizontal beltline, the third generation was a smoothly-flowing construction of curves and compound bends distinguished by a pronounced “Coke-bottle” shape that accentuated the wheels and tires. Bill Mitchell’s beloved Mako Shark concept was superbly executed by the Corvette design team and would remain relatively unchanged through 1982.

Offered here is a 1968 Corvette that has been finished in a new custom white with blue stripes paint presentation, flared front and rear fenders and is fitted with new bumpers. The new interior has been finished in a matching blue and white and is fitted with an AM/FM cassette radio. The convertible top is blue in tone, and included with the car is a new white top that is still in the box. Powering the car is a 327-cid V-8 engine with exhaust headers and dual exhaust. The transmission is a factory four-speed manual. It is further equipped with new tires, power steering and four-wheel disc brakes. 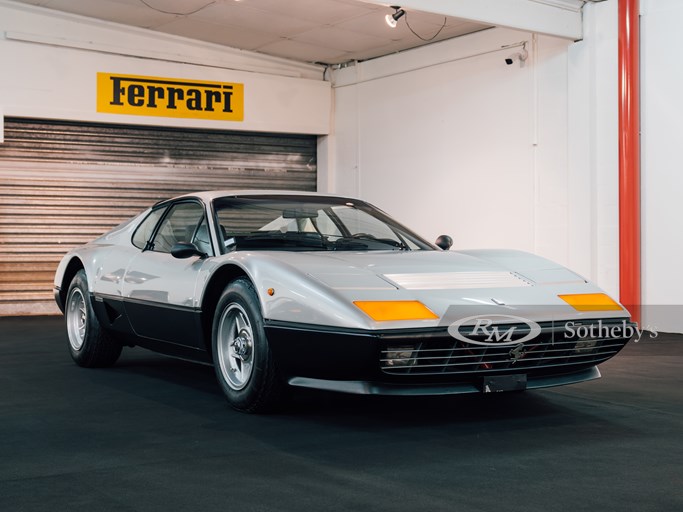