Rightly considered to be one of the greatest Ferraris of all time, the F40’s iconic and instantly recognisable body shape has been turning heads and adorning the walls of car enthusiasts for the last thirty years.

Built as a celebration of Ferrari’s 40th birthday, it was the successor to the 288 GTO and based upon the Evoluzione variant of the same model, of which just five were produced. Perhaps even more poignantly, it was the last Ferrari to be launched whilst Enzo Ferrari was still alive. It features a heavily reworked variant of the 90-degree V-8 engine that had powered its predecessor, equipped with twin turbochargers and a slight capacity increase to 2,936 cc from 2,855 cc. Conrod bushes were made from a mix of silver and cadmium, and the pistons featured cooling jets inside their crowns, whilst each of the eight cylinders was fed by twin injectors. The turbos themselves were controversially sourced from IHI at a time when the Scuderia’s F1 team were using KKK units, having been back-to-back tested on prototypes and found to have superior performance and drivability when paired with the Weber-Marelli electronic injection system, which itself featured a whole raft of concurrent F1 technology. Boost pressure was raised from 0.8 bar, as found in the 288 Evoluzione, to 1.1 bar, and peak power grew commensurately to 478 bhp at 7,000 rpm.

The no-compromise approach to developing the F40 was not limited to the induction system or engine. In complete opposition to its computer-controlled competition, perhaps the finest example being Porsche’s 959, the F40 was designed from the outset as a racing car, a modern interpretation of the 1960s Ferraris that could be driven to Le Mans, raced, and then driven home the next day. As such, wherever possible it forwent any electronic wizardry that could dilute the driving experience and stuck to the age-old principle of less weight and more power. The F40 does not have an anti-lock braking system—it does not even have servo assistance. Instead, it has vented and drilled brakes not dissimilar from those found in Group C racing cars, featuring floating discs with alloy centres to minimise un-sprung weight. On the inside, the racing theme continues; bare carbon-fibre panels take centre stage, whilst door handles, trim, and a radio are all sacrificed to save weight. Only air conditioning was retained, but purely as a necessity to stop occupants being overwhelmed by the heat generated from the engine during spirited driving.

For the chassis, Ferrari again borrowed heavily from technology developed for its Formula 1 programme; its panels were moulded from Kevlar and bonded to the body frame with advanced adhesives, resulting in a torsional rigidity three times higher than equivalent all-steel cars. The body frame itself consisted of a rigid tubular steel chassis and cabin section, providing the structure of the cabin as well as the mounting points for the engine and suspension components. It was a true featherweight, tipping the scales at just 1,100 kg without fluids. Pininfarina’s Leonardo Fioravanti was tasked with the styling, and few would disagree that he created an icon; inspired by the 288 Evoluzione, its impossibly low, wide, and aggressive aesthetics equipped the F40 with looks to equal its performance and even enabled it to trump the Lamborghini Countach’s visual appearance.

This particular F40 is a non-catalytic-converter example fitted with standard suspension. It was delivered to Jeddah, Saudi Arabia, in March of 1990 and spent the vast majority of its life in static storage. Thankfully, it was recently awakened from hibernation in November 2015 by its current owner and returned to Maranello for a complete restoration by marque specialists and certification by Ferrari Classiche. The results are truly spellbinding; it presents in pristine condition throughout, its Rosso Corsa paintwork blemish-free, its matching Rosso interior free of wear, and its engine bay a true sight to behold. Adorned with the signature of four-time world champion and current Ferrari Formula 1 driver Sebastian Vettel on its nearside front wing, it is accompanied for sale by its original handbooks and toolkit in their correct pouches, as well as a fitted car cover. In addition to its Classiche binder, which confirms the car retains its original engine, gearbox, and bodywork, it is accompanied by invoices and photographs documenting the restoration process. These are contained in a box lined with the same material used on the dashboard of the car and painted in the same Rosso Corsa 322 paint.

Reviews of the F40 are unanimous in their praise, citing a machine that is beautifully balanced to drive, even docile at low speed, but truly intoxicating once the turbos are spooled up at 3,000 rpm. It was, and still is, a true racer for the road that gives drivers exactly what Fioravanti had described at the launch event at Imola in 1987 when he remarked, ‘This car for us has a special meaning…We have recovered the design of a car as an emotion, just as in the old days.’

As Car & Classic eloquently surmised, ‘The F40 is not a machine to measure by statistics. They give no impression of how it feels, how visceral the driving experience is, how it oozes malevolent charisma from every pore. In returning to its roots and placing pure emotion at the core of the F40, Ferrari created the greatest supercar of all time.’ 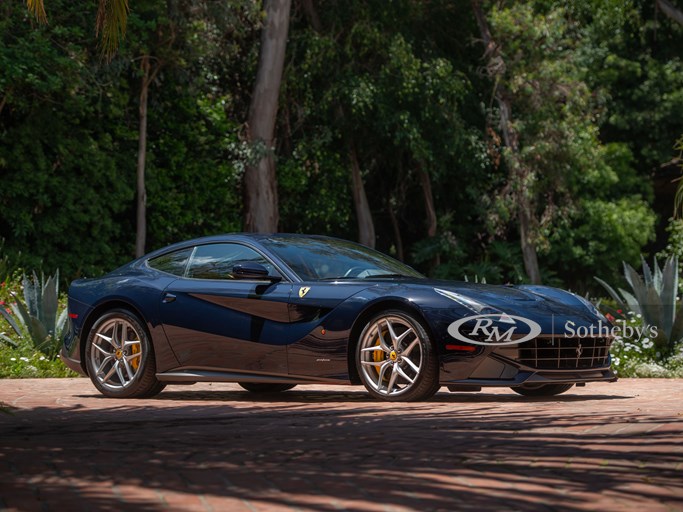 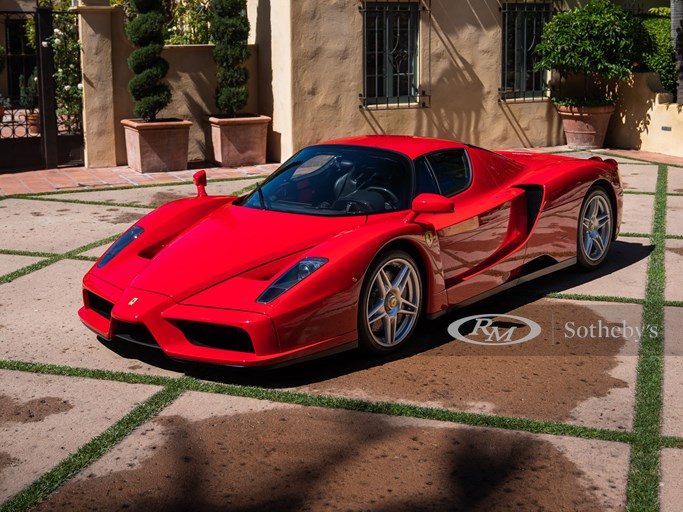