Unveiling its newest supercar at a nightclub was a bold move for Ferrari, but it could not have been more fitting on the evening before the 1984 Paris Motor Show. At the Lido nightclub on the Champs-Élysées, a select group of media and clients were afforded the chance to get a sneak peek of the new Testarossa just prior to its unveiling. The Lido was known for its flamboyance and overt style, and the choice in venue was instantly understood by all that first laid eyes on the car.

Crisp angles defined the design language, yet the long side-strakes that ran along the doors into the quarter panels served a purpose, channeling air toward the potent 5.0-liter flat-12 cylinder engine. By a stroke of artistic genius, the design managed to be sinister and elegant at the same time, both forward thinking and contemporary. With exceptional performance to support its stunning looks, the Testarossa was destined to be a future collectible from day one. It is considered by many to be one of the most dramatic and striking Ferraris. Enthusiasts of all ages wanted a Testarossa in their garage, though only the well heeled few could afford one when new. However, those that grew up with a poster of the Testarossa on their bedroom or office wall made sure it was in their garage once their bank account allowed for it.

If you missed out on buying a Testarossa when new, offered here is a second chance. Virtually as-new, this striking Testarossa has only been driven 585 miles and is presented in completely original condition. Ferrari Classiche certified, the car last received a belt service at Ferrari of Fort Lauderdale in 2015 shortly before it was acquired by the current owner. It has not been driven since. Prior to that, a belt service and valve adjustment was performed in 2006 at 350 miles by Cauley Ferrari of West Bloomfield, Michigan. Furthermore, the car is accompanied by a set of owner’s manuals, a tool kit, and car cover.

Over the ensuing decades, the Testarossa has become an undisputed icon of 1980s pop culture. Playing a starring role in numerous television shows and music videos, it not only made waves in Miami Vice and Rocky V, but also continues to be an enduring symbol of ’80s excess and style. The Testarossa has since been exposed to a whole new generation of fans in recent blockbusters such as Straight Outta Compton and The Wolf of Wall Street.

The embodiment of Italian style and a revolutionary design that defined an era, the Testarossa’s importance to the history of Ferrari cannot be understated. Presented here is perhaps the most original and unmolested Testarossa available. It has been carefully preserved and maintained, and it represents a once-in-a-lifetime opportunity to purchase a brand-new automotive icon—some 30 years after it was first introduced to the world. 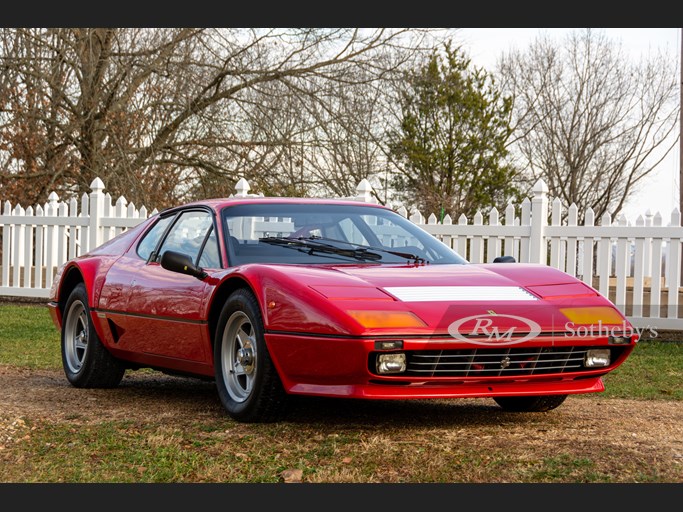