The Uovo as pictured at the start of the 1951 Mille Miglia.

Gianni Marzotto interacts with the crowd at the start prior to the 1951 Mille Miglia.

The Uovo stages for the start of the 1951 Mille Miglia.

The Uovo as seen at the 1952 Coppa Toscana where it was piloted by the Marzotto brothers.

The Uovo racing in July of 1954 at Torrey Pines.

Chassis No.
Engine No.
024 MB
117
Please note that this lot is titled as a 1949. Please also note that Internet bidding is not available for this lot. Interested parties that are unable to attend the sale may register to bid by telephone or place a commission bid online at rmsothebys.com. Furthermore, bidding on this lot requires a special registration process to be completed no later than 48 hours in advance of the sale. Please contact Client Services at +1 519 352 4575 or clientservices@rmsothebys.com to register your interest.

In the late 1940s and early 1950s, the four Marzotto brothers earned themselves an enviable reputation in Italian racing circles. Vittorio, Giannino, Paolo, and Umberto were all very talented drivers in their own right. Thanks to their family fortune, earned in the textile business, they had the money to afford both the lifestyle and machinery required to firmly assert their place as some of the best gentleman racers in Italy. In Ferrari’s earliest days, the Marzotto brothers were arguably the Scuderia’s most important customers. They not only kept the company on its feet by owning multiple Ferraris between themselves, but they also earned Ferrari great fame through their success on the race track.

Count Giannino won particular fame as one of the few racing drivers to win the Mille Miglia twice, a feat which immediately catapulted him among the likes of Tazio Nuvolari. Winning his first Mille Miglia in 1950 wearing a double-breasted brown suit, Giannino’s spirit captured the hearts of Italian fans everywhere. Despite owning multiple Ferraris with his brothers, Giannino’s relationship with Enzo was strained, perhaps due to both men’s naturally competitive nature. Nevertheless, Enzo himself wrote in his book Piloti, Che Gente . . . that Giannino was an excellent driver, saying he “would have been a great professional pilot and perhaps even a champion.”

The spectacular Ferrari offered here is perhaps the Marzottos' most significant car of the twenty-some Ferraris that the brothers owned. Completed by the factory on 2 February 1950 and delivered to Umberto, chassis number 024 MB’s first outing was in the Targa Florio, where a clutch problem unfortunately sidelined the car. The car’s next outing was at the Mille Miglia with Umberto and co-driver Franco Cristaldi. It was crashed heavily and returned to Ferrari, where it was fully rebuilt.

After their accident at the Mille Miglia, the Marzottos were looking for even better results in 1951. Giannino thought success could be achieved through utilizing new bodywork for 024 MB that placed an emphasis on weight reduction and improved aerodynamics. Rather than fit the car with traditional coachwork from Touring, Fontana of Padova and the soon-to-be famous sculptor Franco Reggiani were commissioned to create a streamlined body, with maximum efficiency and performance in mind. The result, lovingly nicknamed “Uovo” (“egg” in Italian), was an automotive design like no other.

Heavily inspired by Reggiani’s previous aeronautical training, the Uovo took the shape of a jet, minus the wings. The bare Ferrari frame was superimposed over a tubular structure reversed and bonded with Peraluman plates, which created a light but rigid outer shell. One hundred and fifty kilos lighter than similar Ferraris of the time, it was fitted with twin shock absorbers and a regulator for its Formula 2 brakes. The car was fitted with a 156-liter gas tank with a range of over 550 kilometers. The windshield was as upright as possible and was made from crystal. Marzotto was pleasantly surprised to find that the crystal provided excellent visibility, due to not creating “annoying reflections.”

Marzotto’s only wish for his excellent creation was that the hood be 15 cm lower – the raise was due to the factory not delivering the ordered monoposto radiator in time. Conceived and executed by Giannino from start to finish, the Uovo is the epitome of a car envisaged by a racing driver without limitation of imagination and financial means. Curiously, Marzotto took Enzo’s advice to place the driving position as far back as possible, allowing the driver to feel the tail movement at its height – although this did cause severe oversteer.

It debuted at the Giro di Sicilia, still unpainted in bare aluminum and with an enormous aircraft headlight on the left. It led with a 20-kilometer advantage on the second but was forced to withdraw because of a broken O-ring in the differential. It is the period photographs from the start of that year’s Mille Miglia at Brescia that showcase just how groundbreaking the design was. Many photographs of the car from this event exist and in almost every photograph, the unique Ferrari appears to be at the crowd’s center of attention.

Reminiscing about the race, Giannino Marzotto remarked that: “I felt very comfortable in my Uovo – led by the three carburetors with 186 bhp – whose sheer speed appeared competitive with that of the 4.1-liter Ferrari. Torque and acceleration could be lower . . . but the handling . . . was much better. As a driver, this was a privilege.”

Looks aside, most notably, the Uovo held a significant portion of the lead, 30 kilometers on Ferrari’s 4.1-liter Works entry, before it was forced to retire due to tire problems. Surely the instance of a heavily modified privateer entry leading a Works car caused several heads to roll in Maranello! It can be argued that the Uovo would have emerged victorious had it not been sidelined.

While the Giro di Sicilia and the Mille Miglia both resulted in DNFs for the Uovo, the car’s third race, the Giro della Toscana, proved to be much more fruitful; Giannino Marzotto and Marco Crosara crossed the finish line in 1st place overall. After a successful 1951 season, Giannino started to be much less involved in the family business and in 1952 raced only twice. He established the Scuderia Marzotto to lend his many Ferraris to his friends in order to keep racing under the family name.

Returning to the Mille Miglia in 1952 with Guido Mancini and Adriano Ercolani, the Uovo once again ran consistently within the top 10 entrants before retiring. That year’s Trento-Bondone hill climb saw the Uovo finish 1st overall with Giulio Cabianca behind the wheel, with a further 4th overall and 1st in class finish at the Coppa della Toscana a few days later. The final known event in Europe for the Uovo was the Avus Grand Prix in September 1952, where it finished 4th overall.

There, the Uovo was purchased by Carlos Braniff, who resold the car to Ignacio Lozano of Newport Beach, California, who was the publisher of La Opinion, a Spanish language newspaper based in Los Angeles. Lozano was a regular in the Southern California racing scene, competing in mainly British cars, but this would be his only Ferrari. The Uovo saw action at a number of racing venues in California, including Torrey Pines, Pebble Beach, Bakersfield, and Willow Springs, in 1954.

The car was eventually sold by Lozano to Pete Lovely, before passing to Dave Andrews and subsequently Harvey M. Schaub of Sun Valley, California, in 1964, who began restoring the car. Upon Harvey’s death, the Uovo was passed onto his wife Lucille, and was then purchased by noted Ferrari dealer and historian Ed Niles in 1982. Shortly thereafter, it was acquired by Jack du Gan, who picked up the car from Niles in California and took it home, across the country to Florida.

In du Gan’s ownership, the car was shipped to England, where the restoration was completed just in time for the 1986 Mille Miglia, some 35 years after it raced at that event. Further sorting would follow, and the car was run there once more with du Gan in 1987, before being acquired by the consignor, who returned it to its native Italy. The Uovo would remain a regular highlight of the Mille Miglia for the next few years and was displayed at Ferrari’s 50th anniversary celebrations in the summer of 1997. Seldom seen outside of the consignor’s own collection, the Uovo is displayed only at the most prestigious events, such as the Atto Unico, the 2013 gathering of all of the Marzotto brothers cars at their historic home, Villa Trissino Marzotto. The Uovo returned back to Modena in 2014 to be shown in the Museo Enzo Ferrari. The previous owners collected an impressive assortment of period photos, documents, articles, and exchange of letters with Giannino Marzotto; they were also able to purchase the wooden model of the Uovo from Franco Reggiani.

In one of his last interviews in 2011, Giannino Marzotto commented that: “I wanted to drive the Uovo more often, even in the 1953 Mille Miglia, but fate willed otherwise. A perverse apathy—or other commitments—they escaped its charm.” The opportunities that the Uovo provides its next owner with are limitless. Having competed in the Mille Miglia in period, it is of course welcome to return to that event as well as a number of other historic races. As it has never been shown at any concours event, it would surely be welcome at the most exclusive concours around the globe, where it would be a clear highlight and award contender for its unique design and incredible history. The Uovo is, without doubt, the living expression of one of the greatest personalities of the Italian early fifties racing world. 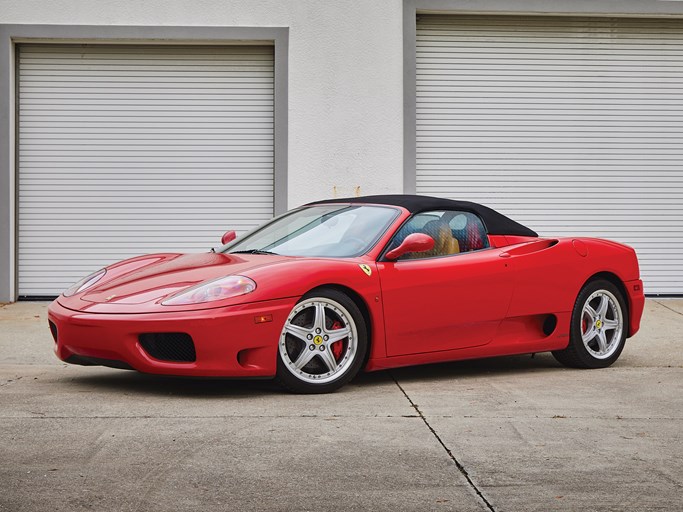 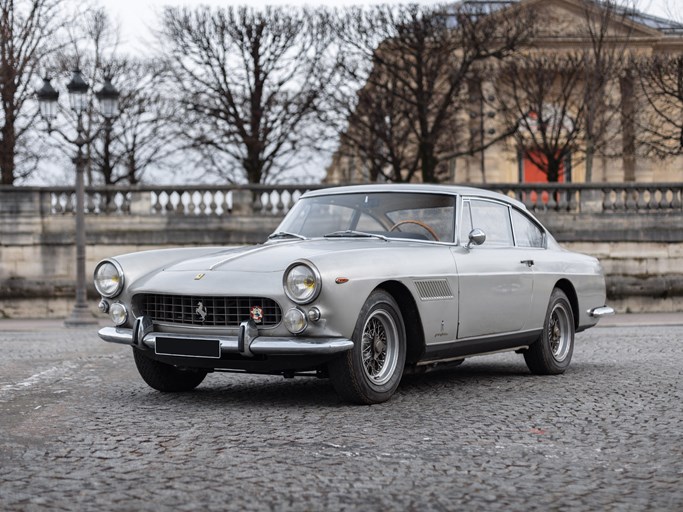 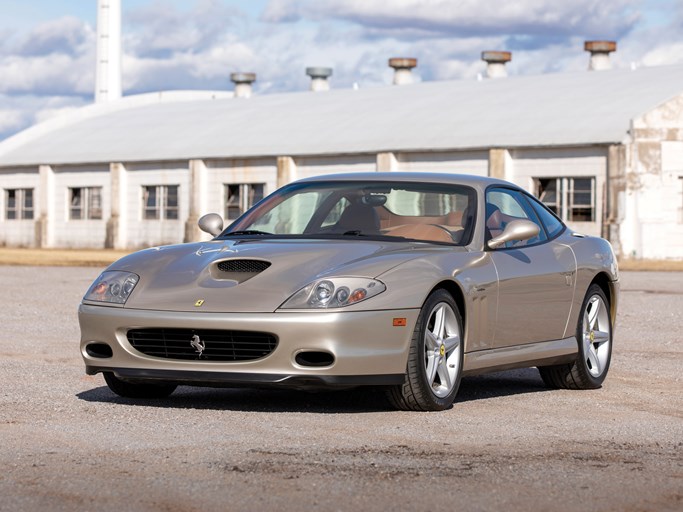