Chassis No.
Engine No.
70044
40051
Please note that Internet bidding is not available for this lot. Interested parties that are unable to attend the sale may register to bid by telephone or place a commission bid online at rmsothebys.com.

Sixty years ago, BMW was a very different company to what it is today. Caught in the turmoil of Germany’s post-World War II resurrection, the company’s income came largely from the production of microcars rather than luxury machines. Plans were underway for a saloon car, which a V-8 engine had already been developed for. But, BMW needed something more. What was missing from the BMW lineup was something inherently exciting, something that would put them in the forefront on the minds of enthusiasts and the general public alike.

Max Hoffman, the noted European car importer based in New York City, saw an opportunity for BMW to create a halo car that could be sold in his dealership. Thinking that the car could fit in-between the higher-end Porsche 356 Speedster, Mercedes-Benz 300 SL, and more pragmatic MGs (all of which Hoffman represented), it would be an ideal addition to his showroom. Sure enough, just like the Speedster and 300 SL, Hoffman was able to convince the superiors at BMW in Germany, and the BMW 507 was born.

Utilizing components from the BMW 502 and 503 series of automobiles, mainly the 3.2-liter overhead-valve V-8 engine, which featured an aluminum block and was uprated to feature twin carburetors to deliver a refined 148 brake horsepower, the 507 certainly had the underpinnings of a sports car. With a four-speed synchromesh gearbox and large Alfin drum brakes to help manage the car’s horsepower, the BMW 507 offered brisk horsepower and performance. It was capable of reaching top speeds of 123–135 mph, dependent on the gear ratio selected, and could accelerate from 0–60 mph in less than 10 seconds. Although BMW did not build the 507 with motorsport in mind, several examples found themselves driven in competition as some of the world’s most arduous racing events, including the Tour de France and the Mille Miglia.

Design was left to Count Albrecht von Goertz, a protégé of designer Raymond Loewy. He crafted truly exceptional bodywork for the car, a design which is considered to this day to be one of BMWs finest. The long, sweeping lines of the 507 began at the front with the low, sensuous nose featuring a stylish version of the now trademark BMW ‘twin kidney’ grille and a narrow chrome bumper. The theme of feline grace continued along the front of the car with sculpted wings featuring ‘shark gille’ vents complete with the BMW emblem. An elegant chrome rear bumper and twin exhausts gave the car a sporting tail.

While it was intended to be more attainable, the BMW 507 boasted a retail price of over $11,000, nearly double its target price, which made it a car that only few could afford. As such, the 507 attracted many well-to-do and famous owners, including motorsports icon John Surtees and even Elvis Presley. Only 252 examples, including both series, were made before production ceased in 1959.

Delivered new to Automag Buchner & Linse of Munich, Germany, chassis number 70044 is a rare first-series example, and this BMW 507 was produced in July of 1957. It was originally finished in Papyros, a rare shade of off-white, with a red leather interior, whitewall tires, a hardtop, and a Becker Mexico radio with an automatic antenna. It was purchased by its first owner, Herbert Dinkheller, who worked for a Tobacco company in Frankfurt, shortly after the car was built in July of 1957. The car was first registered in the name of Dinkheller’s company, but ownership was later transferred to him personally in November of 1957. The car’s second owner purchased the car from Dinkheller in April of 1958. The car’s third owner, Hermann Beilharz of Mötzingen, purchased the car in 1963 and owned it for a much longer period of time, just over 50 years. Beilharz was a successful amateur racer of Honda motorcycles and bought the 507 with what little funds he could scrape together as his pride and joy. Over the course of his ownership, he made sure it was always well-maintained whilst being stored carefully and driven regularly during the summer months. Photos are on file of the car from throughout Belharz’ ownership, including some of him posed with the car on his wedding day. It was acquired by its current owner in 2014.

Today, the 507 presents as an exceptionally original example and still retains its original engine. The car had been refinished black when it was acquired by Beilharz and early in his ownership, he refinished it in a shade of sea green, and it retains the same paintwork to this day, along with a contrasting black hardtop. Inside, its red interior remains in original condition, showing wear requisite for the 73,000 original kilometers on its odometer. The Rudge wheels, color-matched to the bodywork, were fitted to the car by the current owner, and the original steel wheels are included in the sale, along with a tool kit, owner’s manual, factory brochure, and certificate from BMW. In its current ownership, new front-disc brakes were installed for greater stopping power, and the original front brakes accompany the car. Furthermore, the car is still accompanied by its original German Farhrzeugbrief and a letter from Hermann Beilharz, which confirms its limited ownership history.

Many enthusiasts today argue that the 507 would have put BMW out of business had it not been successful selling microcars and motorcycles to offset the car’s extreme cost. However, at the same time, the BMW 507 undoubtedly helped to rekindle the company’s sporting reputation. In that regard, the 507 set BMW on a course which undoubtedly helped to steer it toward its current reputation today of building quality, performance-oriented luxury automobiles. Without it, BMW would certainly be a very different company than the company we know and love today.

This particular 507 is truly exceptional, having been well-maintained and preserved by an enthusiastic owner over the course of 54 years. Its character and patina show the result of decades of adoration and careful use. Finding an example that is this well-preserved and retains its original engine is virtually unheard of, especially as this marks the first time this particular 507 has been offered for sale publically. An ideal warm-weather driver or ideal candidate for a concours restoration, this 507 gifts its next owner with not only an exceptional automobile, but a world of possibilities with how it can be enjoyed. 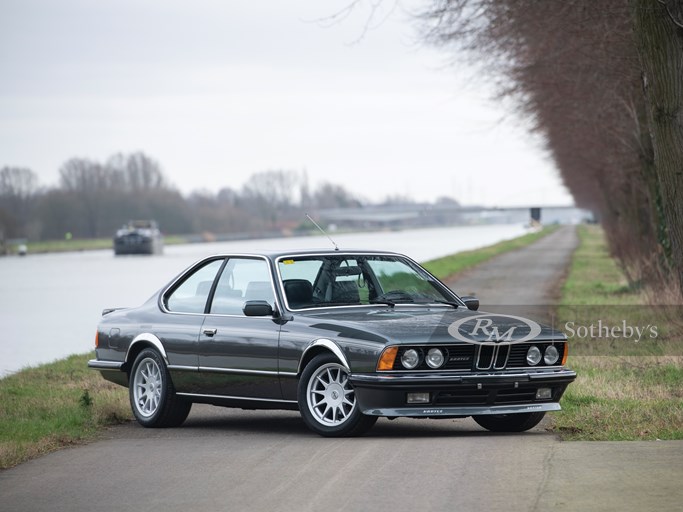 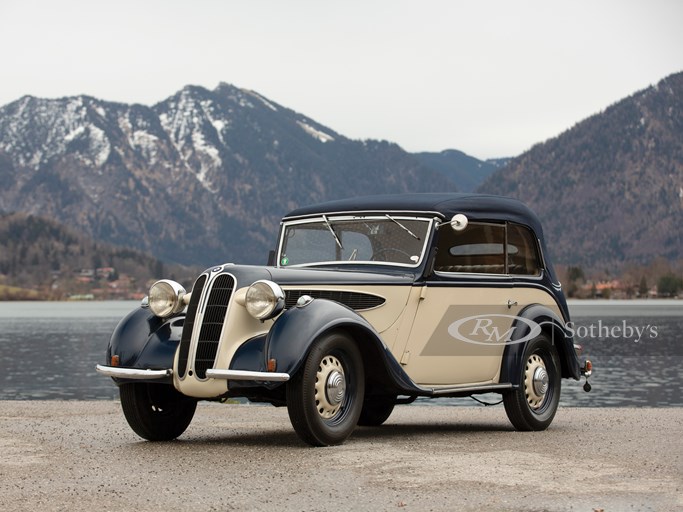 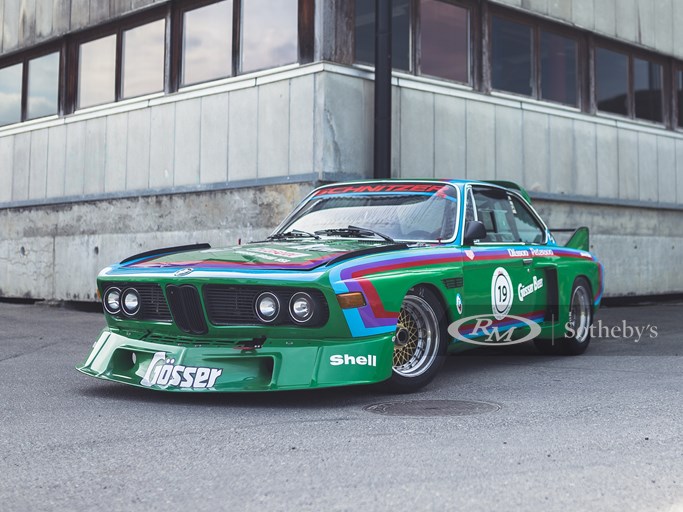